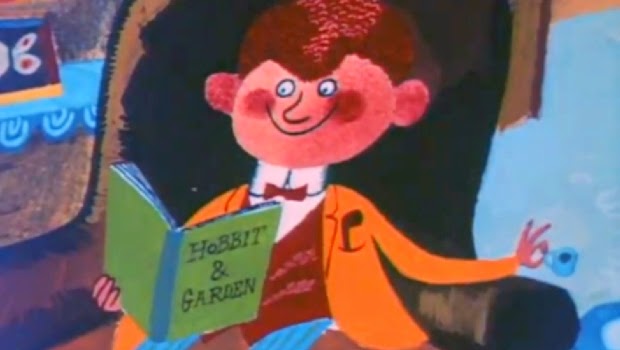 I was surprised to find this treasure on YouTube as I had never heard of such a thing before. This twelve-minute short from 1966 is indeed the first animated version, predating the Rankin-Bass film by eleven years. Rumor has it the producer, William L. Snyder, had to make a movie before selling off the rights. By making a short, Snyder walked off with quite a profit, and then made more from the rights sale. 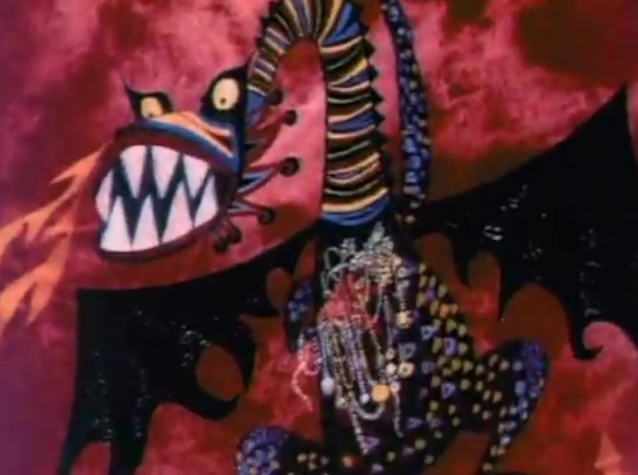 This version directed by Gene Dietch, while using rather primitive animation and designs by Adolf Born, is actually quite watchable. Gandalf is Gandalf but Bilbo is a bit like David Tennant with hairy feet, it's fun. The narration by Herbert Lass is somber and appropriate, almost like a serious Edward Everett Horton from "Fractured Fairy Tales." I like him, it's like velvet.

The only thing that may stop viewers in their tracks is a previous knowledge of the JRR Tolkien story. Snyder has irrationally changed character names, streamlined events, and eliminated a few dwarves and details along the way. It seems just fine to the uninitiated however.

I am reminded of HBO's "Happily Ever After: Fairy Tales for Every Child." This is fun, and an oddity for the Tolkien fans, worth checking out.