Most Netflix TV series get a lot of publicity like "House of Cards," "Orange Is the New Black," or the recent tragic but wonderful conclusion to AMC's aborted "The Killing," but sometimes there are shows that just slide under the radar that are just as good. "BoJack Horseman" is one of them.

"BoJack Horseman" is an animated Netflix original from some of the same folks who do the Adult Swim programming on the Cartoon Network. It's about a washed up actor, who happens to be a horse, in a world full of both humans and anthropomorphic animals. The title character used to be in a wildly successful 1990s sitcom and is trying to make a comeback while having his memoirs ghost written by a rival's girlfriend. 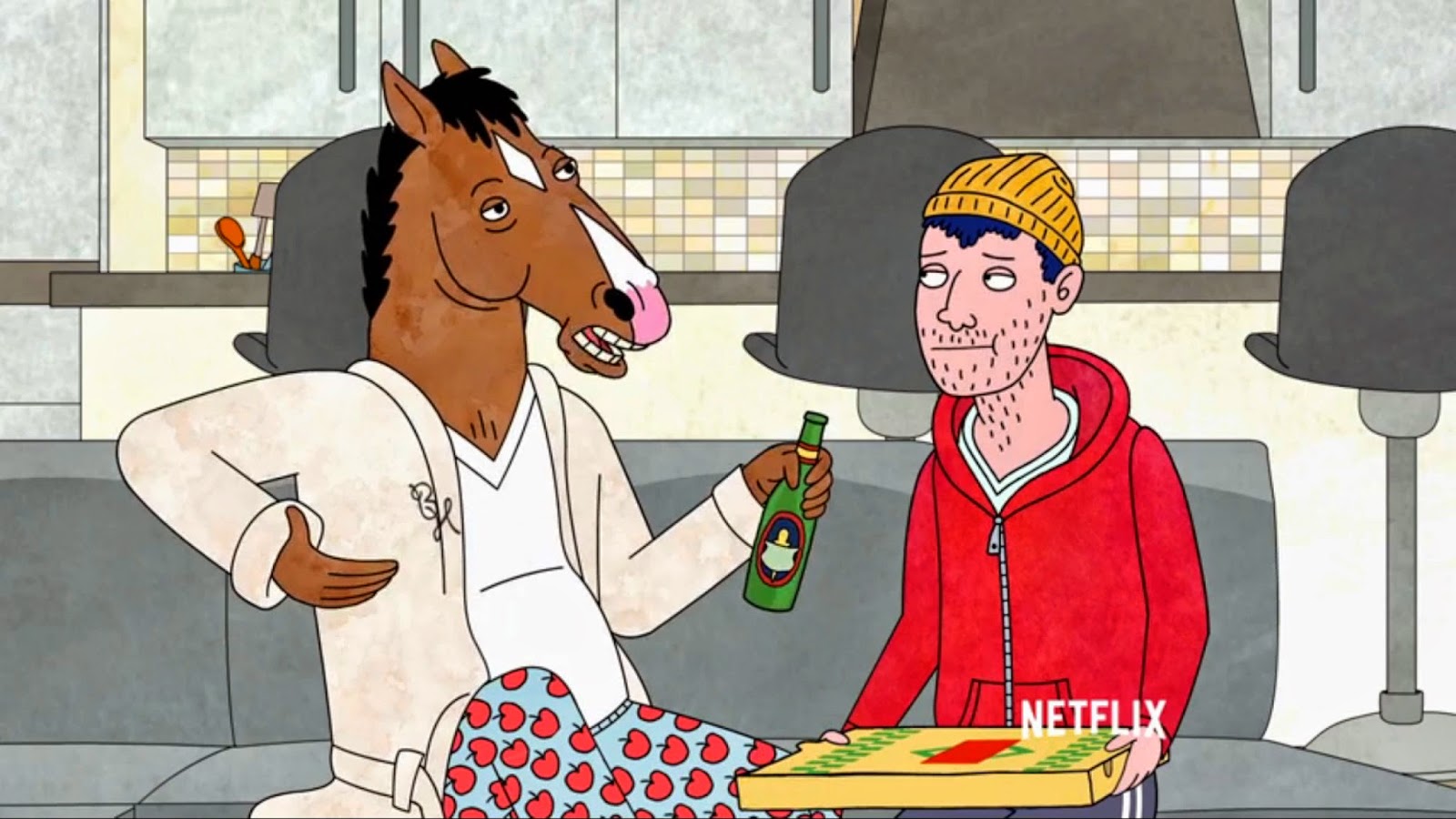 Speaking of comebacks, it actually does remind me of HBO's brilliant "The Comeback," which is ironically coming back later this year. Aaron Paul of "Breaking Bad" is an executive producer and voices Todd, BoJack's friend/roommate/slacker/squatter. Will Arnett is in the title role, with other characters voiced by Alison Brie, Paul F. Tomkins, and Amy Sedaris.

I know the critics haven't been kind to it so far, but I love it. It's clever and fun, and hates Hollywood. And it does something that most network sitcoms don't do, it makes me laugh out loud. Give "BoJack Horseman" a shot, you might dig it too.