It's the end of the year and everyone else in the world is posting their best and worst lists for 2007, so why not me? Keep in mind though, I'm not strictly a guy who goes by when something came out as opposed to when I experienced it. Sooo, these are all things I was hipped to this year.

"Dexter" far and away was the best this year, even if the second season did drift for a bit in the middle. Still the best. BBC offerings "Jekyll," "Torchwood," "Life on Mars" and "Five Days" are also up there.

"Heroes" has had its ups and downs but is still one of the better shows out there, and still the best television version of the superhero genre ever done.

Of the new season I've been quite impressed with "Journeyman," "Pushing Daisies" and "Reaper." All of which I have trouble believing can sustain their premises longterm, but for the moment, they're quite good.

Throw in "Moonlight," "Entourage," "Zorro - La Espada y la Rosa," "To Catch a Predator" and "Legion of Super-Heroes" (for the most part, I'm still cringing from the Karate kid episode), and that's the tops for me in TV.

On the bad side, there have been a lot of disappointments - shows I used to like that just fizzled badly. Among them, "Curb Your Enthusiasm," "24," "Rescue Me" to some extent, "Chuck" which started strong, "The 4400" and "Scrubs."

The best of the year is hands down Jeff Smith's Shazam! Monster Society of Evil, along with Skip Martin's Bizarre New World, Gail Simone's Wonder Woman, Steve Niles' Creeper, Brad Meltzer's Justice League of America and the return of the western with Jonah Hex and The Lone Ranger.

The worst would be Amazons Attack, Jodi Picoult's Wonder Woman and of course, Joe Quesada's death knell for marriage, Spider-Man: One More Day.

My favorites this year include Dreamgirls, The Departed, The Holiday, The Good German, F*ck, Mrs. Parker and the Vicious Circle, The Host, She (1935), Camp, Latter Days, Falling Down and Silver Hawk. The best of the bunch would be House of D, The TV Set, Dummy (2003) and The Illusionist.

Among the worst were Oldboy, The Black Dahlia, The Zodiac, Eragon, the Tarantino half of Grindhouse, Spider-Man 3, V for Vendetta, Pirates of the Caribbean: At World's End, MegaSnake, Poseidon and Sweeney Todd: The Demon Barber of Fleet Street. 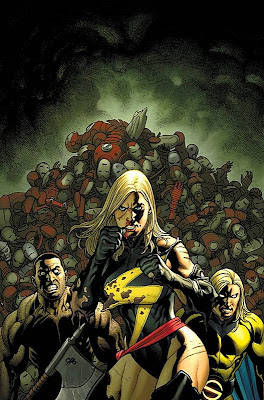 "The Waiting" - my comic book review of Mighty Avengers #6, by Brian Michael Bendis and Frank Cho, is now online at Avengers Forever.

If you want to discuss this review, this issue or anything Avengers, please check out the Avengers Forever Forum.

And if you'd like to make a donation to help keep the Avengers Forever website as mighty as ever, click here. Thanks!
Posted by Unknown at Saturday, December 22, 2007 No comments:

One of the kings of soft rock passed earlier this week, Dan Fogelberg.

He's one of the more brilliant songwriters who knew that doing a holiday song would keep them in folks' minds for decades to come. His "Same Old Lang Syne," shown above in concert footage, is that song. Despite a preference for harder sounds, it's always been one of my favorites. And while Fogelberg is known for his ballads and love songs and quieter tunes, I might also direct you to the title track of his "Phoenix" album, quite a rocker.

His last three years in this world were spent promoting prostate cancer awareness, the beast that took him. Wake up call, men, get tested, especially if you want to be around 'longer.' Dan was only 56. And he'll be missed.
Posted by Unknown at Wednesday, December 19, 2007 No comments: 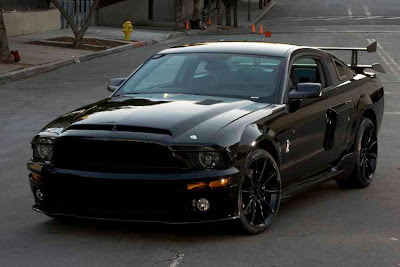 Writers strike or not, there's a new show coming to NBC in February. Well, maybe not a show yet, but a telemovie pilot destined for series-hood, and it's also not that new either. Sunday, February 17, 2008, "Knight Rider" returns to television.

The good news is that this is not a horrific re-imagining like NBC's recent shots at "The Bionic Woman" and "Battlestar Galactica" - this is an update and a sequel to the successful 1980s action/scifi series that launched David Hasselhoff's career. The Hoff even makes an appearance in the pilot as his character Michael Knight.

While some will say Hasselhoff was the star of "Knight Rider," those of us who know better will tell you it was really the KITT-2000, the supercar of which the Hoff was only the driver. KITT's voice was done by the silky and sarcastic William Daniels and had a cool Cylon eye in its Pontiac Trans Am hood. Among other things, KITT could drive itself and was a certified artificial intelligence - the epitome of 1980s TV cool.

But it's not the 1980s anymore, so how do you make cool cooler? The new KITT-3000 is a Ford Mustang with an artificial intelligence that has cult favorite Will Arnett's voice and nanotech abilities. Yep, that's right, this is one badass car o' the future - not only can it repair itself, it can change shape and color at will. Can't wait for Feb.

As for a story, it sounds pretty typical, but storytelling was never the forte on this show, the car was. It's obviously a sequel to the original series, but let's just hope they ignore previous attempts like "2000," "2010" and *groan* "Team Knight Rider."
Posted by Unknown at Saturday, December 15, 2007 No comments: 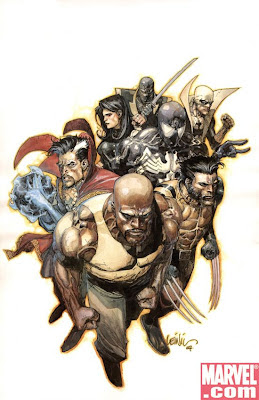 The New Avengers vs. The Hood’s new 'mini-masters of evil,' Doctor Strange vs. The Hood, all this and Spider-Man makes Wolverine laugh; it’s nowhere near as good as it sounds - check out my review here: http://www.avengersforever.org/reviews/default.asp?RID=557.

If you want to discuss this review, this issue or anything Avengers, please check out the Avengers Forever Forum

And if you'd like to make a donation to help keep the Avengers Forever website as mighty as ever, click here. Thanks!
Posted by Unknown at Saturday, December 15, 2007 No comments:

The newest episode of The All Things Fun! Podcast is now online!

Then Ed and gaming co-host Wes Hitchins review Duel in the Dark and treat listeners to a Gamer's Gift Guide.

Also in this episode, your last chance to enter the ATF Match Game contest!

Check it out here: http://www.allthingsfun.libsyn.com/.
Posted by Unknown at Friday, December 14, 2007 No comments: 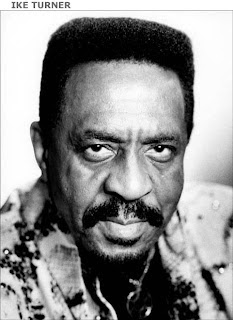 Ike Turner died this week. Rather than reprint the usual obit as I have done with numerous others I'm just going to babble a bit, as this one fascinates me.

Every report and obit I have read and heard so far about Ike Turner has had the same attitude. It's almost like we're both glad and sad he's dead. Yes, he's one of the pioneers of rock and roll and rhythm and blues, but he's also a monster that brutalized his wife. The fact that said wife eventually became a much beloved superstar on her own doesn't help that.

These reports me of something I heard once about Hitler, that he was a talented painter who was quite fond of dogs. Now, trust me, I'm not comparing Ike Turner to Adolf Hitler, but that's what some of the news reporting Turner's death have sounded like. He was great BUT, he was a monster BUT - that kind of stuff.

One might say he created Tina Turner, but he took her as far as he could and others including herself, made her what she is today. He may have jumpstarted the car, but she won the race. Either way, we've lost someone who won't be missed.
Posted by Unknown at Thursday, December 13, 2007 No comments: 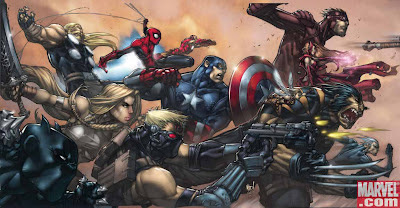 "Fanboy Free-For-All" - my comic book review of Ultimates 3 #1, by Jeph Loeb and Joe Madureira, is now online at Avengers Forever.

Venom attacks the Ultimates, Hawkeye acts reckless, Captain America thinks old, the Wasp barks orders, Tony Stark drinks, and Quicksilver and the Scarlet Witch go for a walk in New York City, all this and Thor and Valkyrie lock lips too - check out my review here: http://www.avengersforever.org/reviews/default.asp?RID=556.

And if you'd like to make a donation to help keep the Avengers Forever website as mighty as ever, click here. Thanks!
Posted by Unknown at Monday, December 10, 2007 No comments: 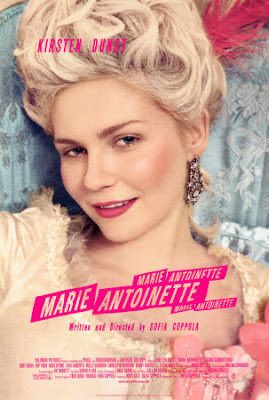 Satan’s Playground ~ Family gets lost in the Pine Barrens and are menaced by a deranged family and a winged demon. Again, a Jersey Devil movie, but also again, not a very good one. Will anyone ever make a decent JD flick? At least for the most part, writer director Dante Tomaselli gets the legend relatively right. Ellen Sandweiss, who hasn’t worked as an actress since Evil Dead (which this actually resembles at times), is really quite good in this. Nothing new, same old same old, but worth a peek for South Jersey folks.

Marie Antoinette ~ The 2006 version of the story only proves one thing, that Sofia Coppola is either a genius or an idiot. I only wish I had could inherit a director’s name, get some beautiful costumes, and make a borrring movie with one or two new wave music videos in the middle – and get the kind of publicity and acclaim that Sofia does. This film is only slightly better than Lost in Translation or being smothered by a pillow, at least it’s pretty. In the meantime I’m seriously going to see about changing my name to Scorsese.

Satanik ~ Here’s a lesson for you. I love comics. But just because a movie is based on a comic doesn’t mean that it will be any good, or even the of the slightest bit of interest. Satanik fails on many fronts – as a comic, an adventure, a horror and especially as a film. Stay away.
Posted by Unknown at Friday, December 07, 2007 2 comments: