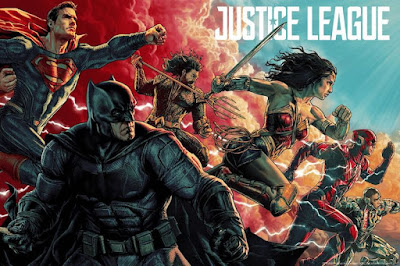 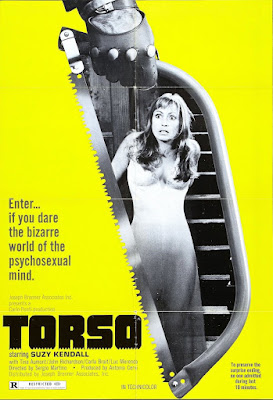 Torso is an Italian horror flick (also termed a sleaze thriller back in the day) directed by the underrated Sergio Martino, and it’s violent, has nudity and sex, and mixing of all those things that ten year olds really shouldn’t be seeing.  Honestly I don’t remember much about it other than the malicious act of sneaking out and being ‘bad.’  When I saw it later in my Italian horror phase, I thought it was better than average, and couldn’t believe I’d seen it when I was ten.

I was again reminded of Torso recently watching another film called The Guardians.  One thing about Torso on second watch that noticed was the bad dubbing but it wasn’t something I’d noticed the first time as there was no sound.  The Guardians, also known as Zashchitniki, is a Russian superhero film obviously looking to cash in on that genre in their own land, it has been called for obvious reasons ‘the Russian Avengers.’  I was unable to see a dubbed or subtitled version, so it was very much like my Torso experience, I really had no idea what was going on. 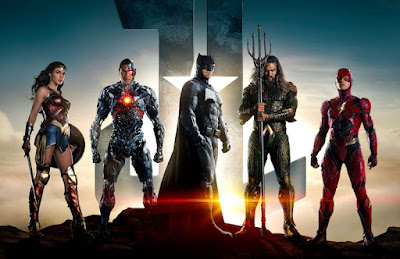 Just as with Torso, I had no context to Guardians, and that could very well be why I loved it, and wanted more.  Justice League on the other hand I have known longer than I’ve been able to read. I know these characters front ways and backwards, so any deviations are prominent in my mind.  If Guardians got a concept like Mother Boxes horribly horribly wrong, I wouldn’t know, but with Justice League, it’s just another crack in the wall.

Like Suicide Squad, Justice League exists in a world that already has superheroes, the DC Extended Universe is already here, as opposed to the Marvel Cinematic Universe which we happily watched them build block by block.  Both methods work, mind you, but they are very different.  And also like Suicide Squad, and Wonder Woman for that matter, Justice League works much better only referencing Man of Steel and Batman v Superman: Dawn of Justice, rather than insisting one watches them before seeing this one.  I liked that quite a bit, as it washes the bad taste of those movies out of my mouth.  Being told Superman is a great hero and a symbol of hope is much easier to swallow than it is trying to rationalize that from seeing those other two movies - because let’s face it, it’s not there. 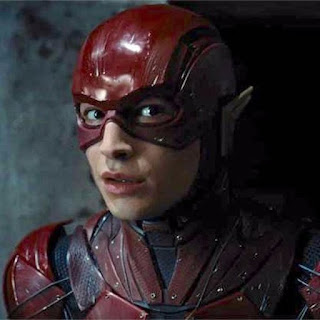 Clearly the Flash is missing here, replaced by a clumsy outcast in crappy battle armor who can’t fight.  I don’t know who this guy is, but he ain't Barry Allen.  I even had trouble believing this guy stopped Captain Boomerang in Suicide Squad.  I did like the subtle set-up for the Flashpoint film though.  I’m not sure if he was altered to make him different from the hit TV series, but I hated this version.  Aquaman, while one of the more likable characters in this movie, is also completely unrecognizable from the source material.  Really, if they didn’t want the Flash and Aquaman, why are they making a movie called Justice League? 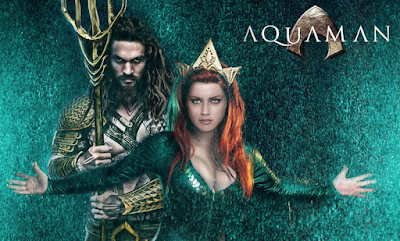 Speaking of Aquaman, we have a near perfect casting of Mera, so when Batman whines about not having enough heroes to face Steppenwolf, why doesn’t Aquaman mention his wife/potential wife is a total bad ass with superpowers?  And does Earth not currently have a Green Lantern?  One of the best parts of the movie was the flashback Green Lantern from Steppenwolf’s first attack.  And speaking of the CGI villain, who else was disappointed by no mention of his boss?  Bottom line, Steppenwolf is at best a mere lackey of Darkseid.

I wish Cyborg had gotten more screen time, as I do Wonder Woman.  Gal Gadot was the real star here, I just wish the filmmakers had known that - why does Amy Adams’ Lois Lane get higher billing??  I really could done without the gratuitous butt shots of WW and the skimpier outfits of the Amazons as well.  And if the Amazons had fought Steppenwolf five thousand years before, why weren’t they better prepared?  They are the same women after all, or did the writers not research? 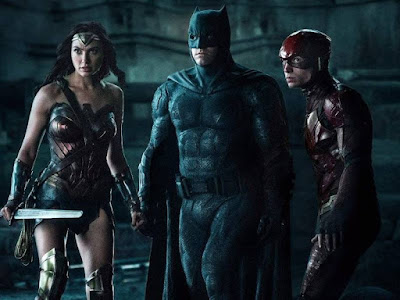 Superman they got right for the most part, although Wonder Woman and probably Aquaman shouldn’t have been so ineffective against him.  They are peers, not fleas.  Similarly the same power differential bothered me during the fight against Steppenwolf as well.  Ben Affleck was great as Batman just as he was in BvS (and Suicide Squad).  I just wish he’d had more interaction with Alfred and Gordon than the Flash and Aquaman.  The former worked much better than the latter.

All that said, and despite numerous plot holes throughout what was not much of a plot, I did enjoy the movie.  It was short, not so dark, and we did get some actual time with the heroes in costume and facing the threat.  I wish we’d had more teamwork, and more Wonder Woman, but baby steps first I suppose.  There are two after-credits scenes, both full of fanboy glee, one unresolved unhappily and the other the promise of a future movie that decidedly does not involve Darkseid.  I’d recommend Justice League, it’s no Suicide Squad, and nowhere as good as Wonder Woman, but it’s not bad, definitely third best so far in the DCEU. 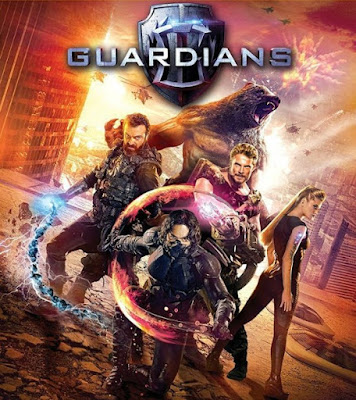 Now on the other hand, The Guardians with no context has no details to get dicey and devilish over.  You just watch and accept.  Four metahumans, created during the Cold War and with powers approximating elemental powers are gathered to combat an evil threat (a baby-faced Bane imitation) who can take over machines and done so to an army of giant robotanks.  Simplicity, assemble and do battle with some cool special effects.

Just based on looks and powers, I dig this team and want more.  While Ursus, Ler, and Xenia are all cool, it is Khan the wind elemental, the speedster with the stylized scimitars that is my favorite.  Take note, Justice League, if you’re going to redesign a Flash from the ground up, go full force like this dude.  The score is strong, and slow points are few and fast.  The ending might be corny, but I wouldn’t know - no context, oh, and it even has a post-credits scene!  I loved this film and look forward to a dubbed or subtitled version, but even without context, it’s recommended.