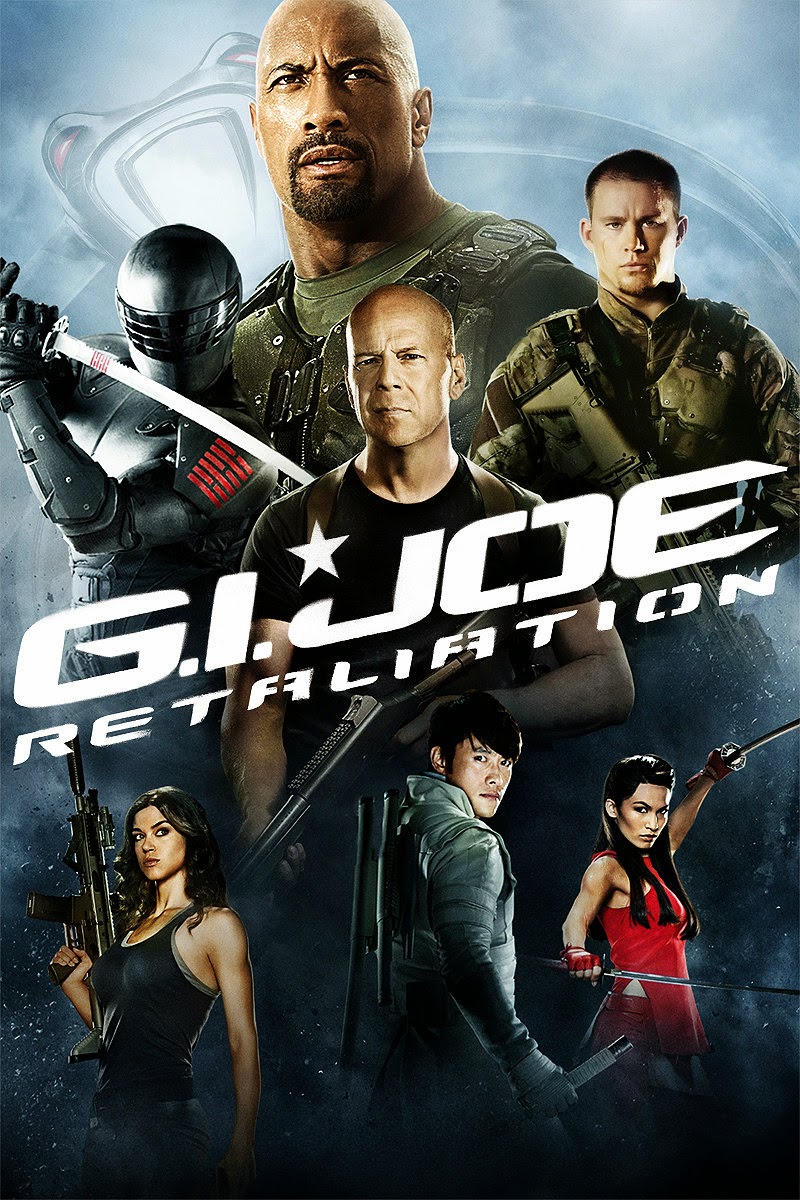 Well now, this was a surprise. I don't recall being all that impressed with the first G.I. Joe movie. And my connection to Joe is more 1970s Adventure Team than the 1980s Yo Joe anti-terrorists. I felt that the first movie was meant only for folks into the 80s toys and didn't care if it left everyone else behind. I expected more of the same with G.I. Joe: Retaliation. I was pleasantly surprised.

In the aftermath of that first movie the big bads, Cobra, swore revenge. Not only did they get it, but as this film begins, they have already won. The President has been compromised, he is held prisoner as Cobra operative Zartan masquerades as PotUS. An air strike takes out all of the Joes except for a handful who must rebuild and take back a country that now finances and iodizes Cobra as heroes and hates the Joes as villains. 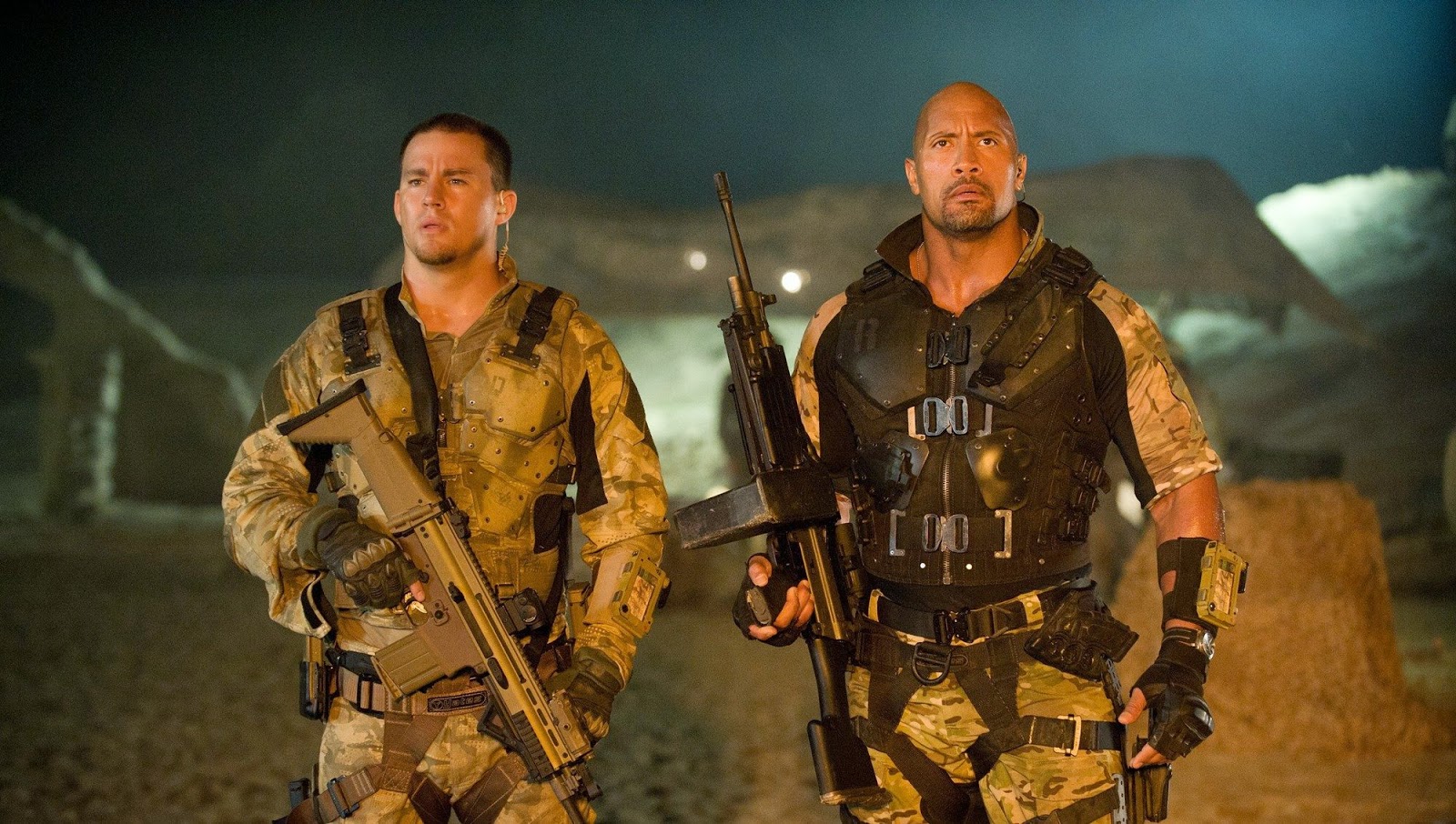 I'm not a fan of Channing Tatum. He's never impressed me much, but here, in the precious little time he's on screen, his chemistry with The Rock is enough so that you miss him and you really almost feel the pain when he dies. Yeah, it's that good. The Rock, as Roadblock, brings his comrades home to the hood to regroup. The Rock equally is good. 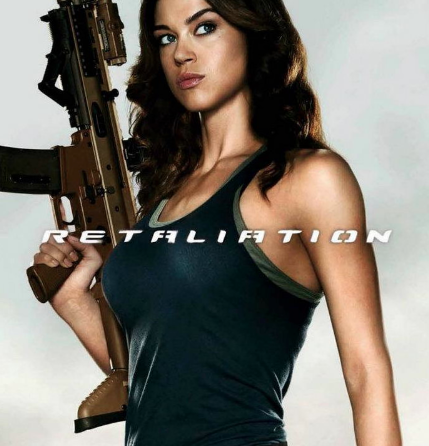 The leftovers go to the original G.I. Joe, Bruce Willis, for help. He's fun as the tough old crotchety know-it-all with the heart of gold and a wisecrack for every occasion. The cast is rounded out by David E. Kelley pilot Wonder Woman Adrianne Palicki (who has also just been cast as Mockingbird in "Agents of SHIELD," wow, somebody wants to be a superhero bad) and D.J. Cotrona who is basically Channing Tatum lite. 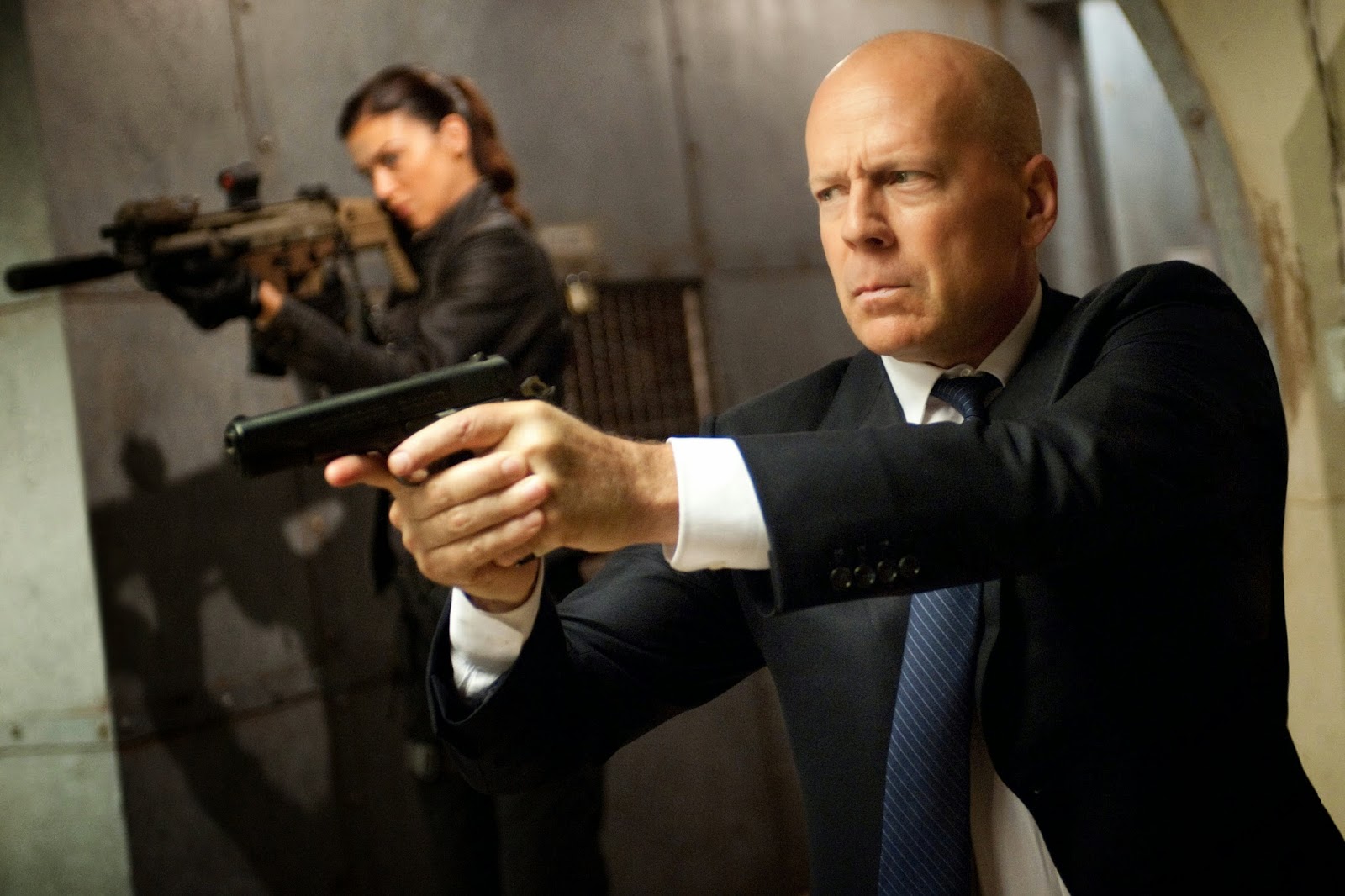 In between the interesting scenes with The Rock, Bruno and company, there are ninja interludes featuring characters with names like Snake Eyes, Storm Shadow, and Jinx. I didn't have any emotional connection or even knowledge of them, so I just enjoyed them for the James Bond/Shaw Brothers wannabes they were. Fun but hollow.

All in all, while a bit dark in places, G.I. Joe: Retaliation was a fun action flick with more warmth and depth than I ever would have expected. If you're looking for a better than average actioner, this is it. You might be just as surprised as I was.