Captivated: The Trials of Pamela Smart 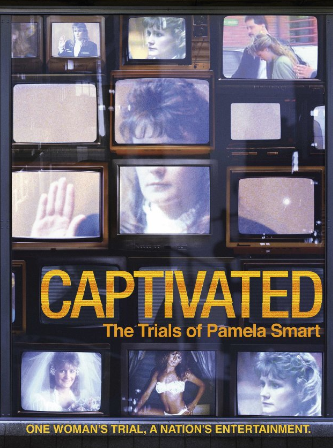 Captivated: The Trials of Pamela Smart ~ Before CourtTV, before O.J. Simpson, this was the trial that in the age of tabloid television started it all. There's To Die For, Anatomy of a Murder, and my favorite with Helen Hunt and Chad Allen, Murder in New Hampshire: The Pamela Smart Story. At least three films before this, numerous books, and dozens of TV shows - Pamela Smart is the godmother of television murder trials, and one could say it was almost by design.

Pamela Smart was a media teacher at her local high school, who conned her fifteen year old student boyfriend to murder her husband of less than a year. When the media storm started, before she was a suspect, Smart was the fashionable victim, always looking good for the camera, sometimes even directing the interviews. She was a natural, until she was caught, and then for the camera at least, she went from predator to prey. The media devoured her. 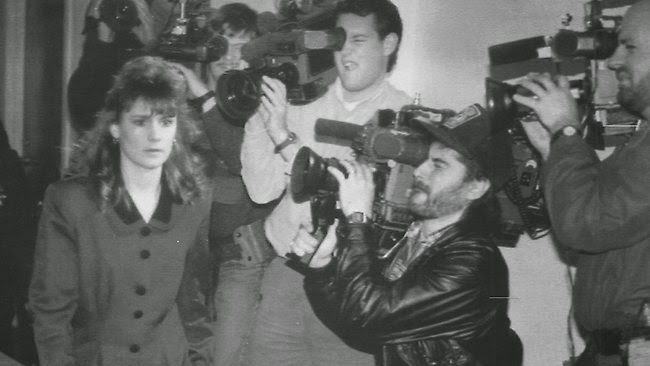 This is the aspect that filmmaker Jeremiah Zagar takes on in his HBO documentary Captivated: The Trials of Pamela Smart, how the media covered this super tabloid circus, and how it reflects on us today. He also contends that the sensationalism of the coverage decided the trial's outcome in the public eye no matter what occurred in the courtroom. This is done with the help of interviews with many involved, including Pamela Smart.

This is not a bad documentary, very watchable for folks who both know the story and those who weren't around when it was happening. My only complaint is that Zagar drives home his thesis like jackhammer in the early morning. It gets old and annoying very quickly. I don't think there's any doubt that Pamela Smart had her husband murdered, or that she was given a fair trial, but there you go.