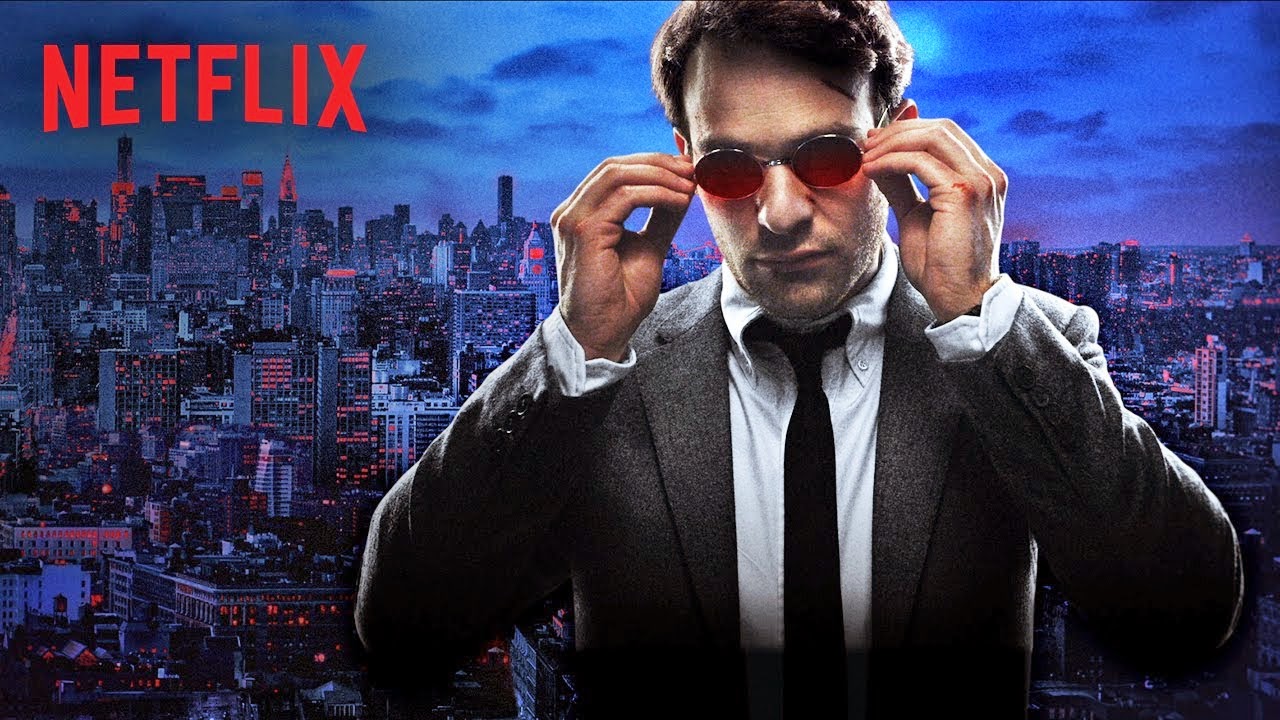 We open on Matt moving Claire into his apartment. Moving is a tricky word as she has nothing. With the close of the last episode, Matt finally broke down the wall of blindness and confided in her, and now things between Daredevil and Night Nurse are a bit different. Downtime equals romance, and to paraphrase what someone wise once said about Captain Kirk and the ladies, ain't Matt something? 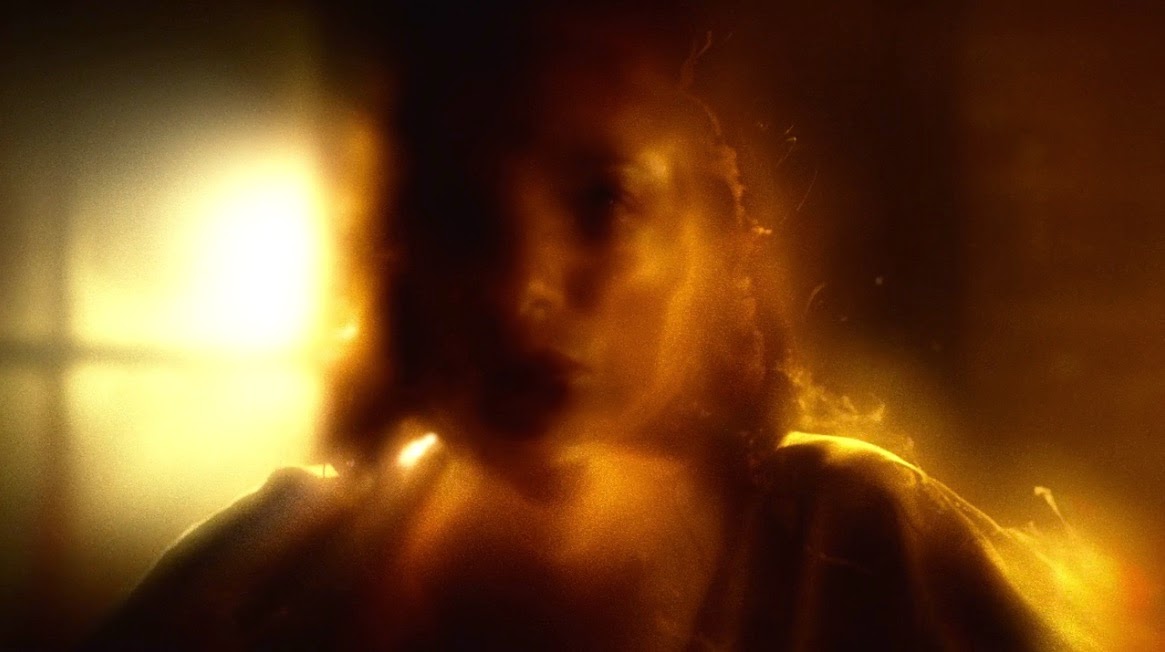 Claire asks Matt how he sees, and he complies, or tries. She asks him what he sees, and after some thought, answers with the title of this episode, "a world on fire." However true, appropriate, or literal and prophetic that may be, it signals a new beginning for the hero. Attached, no matter how casually, he no longer has nothing to lose. Matt has to be careful, or the world soon will be on fire.

Vincent D'Onofrio is emerging slowly but prominently in his role as Wilson Fisk, the Kingpin. We got a taste of his brutality last episode, as well as his management skills. His manipulation of the Russians and eventual destruction of what was left is demonstrative, and when confronted by the rest of his underlings finally, it's a lesson learned. 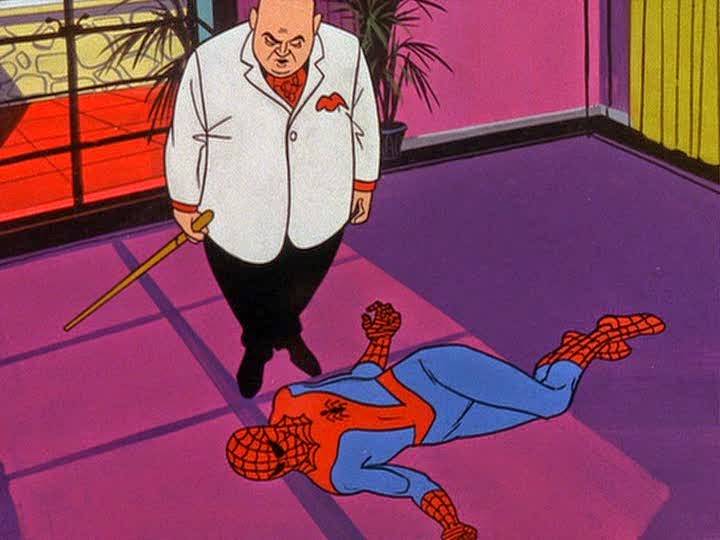 My first encounter with the Kingpin was not just as a Spider-Man foe, but as one wildly animated by Ralph Bakshi in the 1967 cartoon series. This intimidating well dressed fat man crime boss was frighteningly brought to life with the same psychedelic acid-induced animation with which Bakshi brought us Infinata and Dimension 5, borrowed from "Rocket Robin Hood." It was positively terrifying.

When I next encountered the Kingpin, it was in the telemovie "Trial of the Incredible Hulk," an odd pilot/spin-off for Daredevil as played by Rex Smith. Folks who've complained about the Ben Affleck Daredevil, and the first Netflix costume need to see this relic. Played by John Rhys-Davies of Raiders of the Lost Ark and "Sliders," this was a less than satisfactory Kingpin. 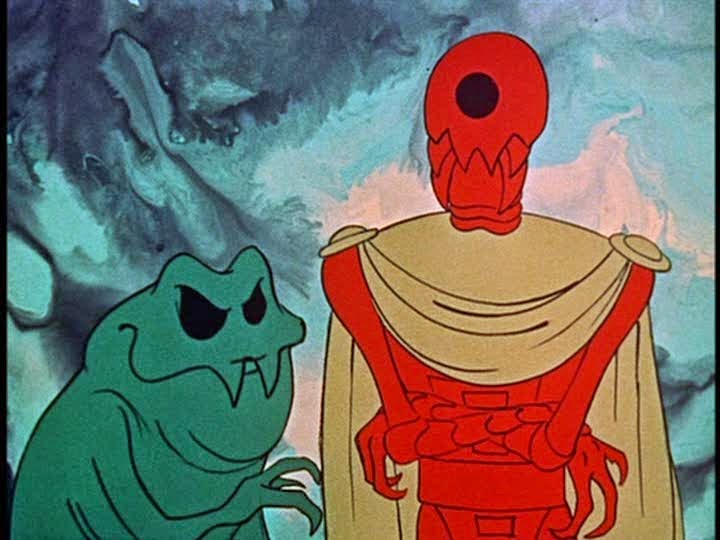 After that I began to see the character in comics, cartoons, and role-playing games more. Up until that time, other than Avengers, or an occasional Defenders, I didn't read many Marvel Comics so he escaped my notice. I was always puzzled however why he became a Daredevil enemy rather than Spider-Man who he had originally opposed. I mean didn't Daredevil already have a manipulative crime boss type villain in his rogues gallery? Yeah, I'm talking about The Owl.

Perhaps that is why I was thrilled to see Leland Owlsley among Kingpin's underbosses in this series. Maybe, just maybe, and I don't know yet as I'm reviewing these episodes as I watch as opposed to doing it after I've seen the whole series, but maybe he will emerge as a villain like his comics counterpart. Already, I have enjoyed Bob Gunton's performance with his owl-like gestures and facial expressions. Gunton is a great character actor, memorable from Shawshank Redemption and Evita on Broadway among others. 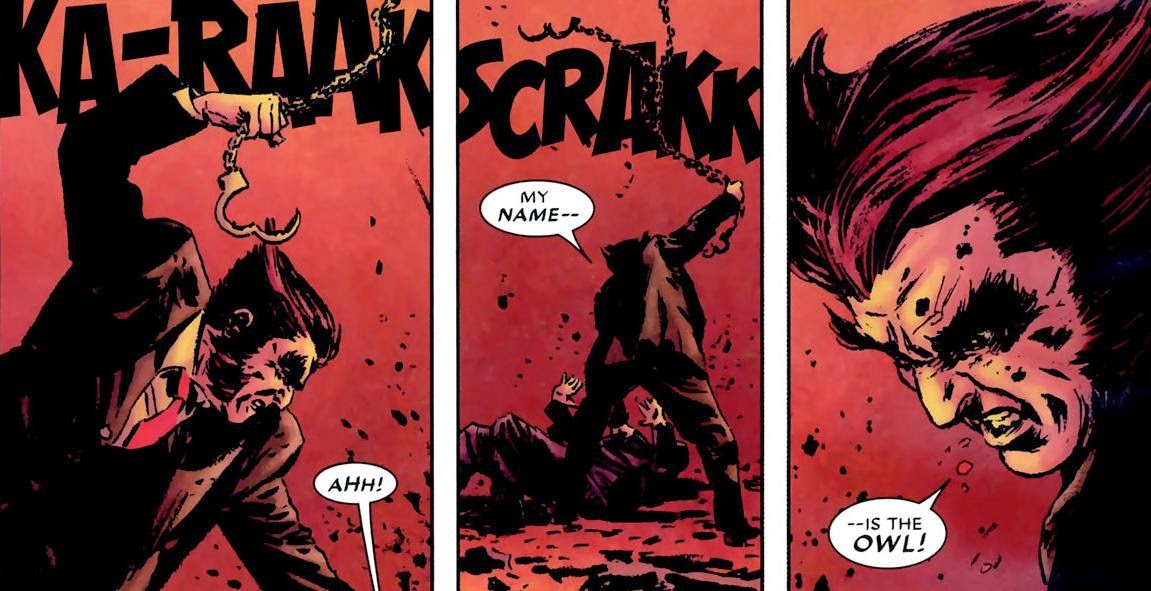 All that said, I can see why showrunners might shy away from the Owl as he is in the comics. A mutant with birdlike powers, motifs, and mannerisms might be too cartoonish, although Robin Lord Taylor seems to be doing quite well as the Penguin on "Gotham" doing much the same schtick. As for the comics, I suppose matching Daredevil, whose title at the time had flagging sales, with Spider-Man villain the Kingpin probably made better financial sense, even the Owl would agree with that. 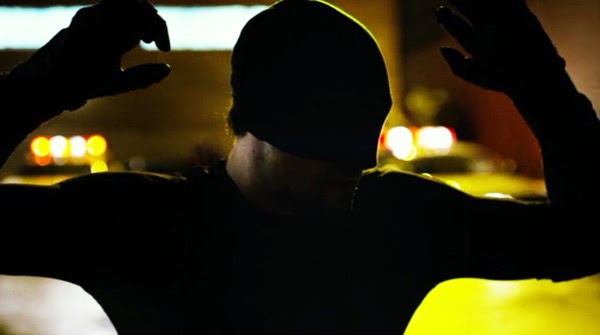 The cinematography and direction continue to amaze. The brief scene in the cab as Gao's man sings in Mandarin and the camera moves slowly 360 degrees is pure brilliance. Fisk continues to romance Vanessa, and Foggy and Karen help the downtrodden and get to know each other better, while the Russians, working on fuzzy planted information from our friend Turk, declare war on the Kingpin and Daredevil.

They all play into the Kingpin's hands, right into the cliffhanger with the police surrounding Daredevil standing over the remaining Russian brother, as the city burns...