Loews Cherry Hill Does Not Want My Business 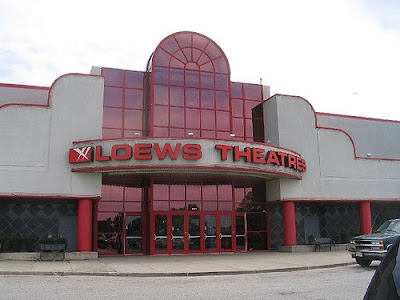 You’ve all heard my rap on Loews Theatres in Cherry Hill NJ before, but after my experience Christmas night I have come to the conclusion that not only don’t they want my money – they don’t want your money either, and furthermore, they just don’t care.

For the scary high prices they now charge for a movie ticket, well over ten dollars, they expect you to watch a film sometimes with the lights on, usually with audience members talking loudly, either to each other or on their cellphones, and texting throughout. And if you say anything to these other audience members they will sometimes go as far as to threaten you. That’s just part of the experience at the Cherry Hill Loews it seems, part of what you’re paying for I guess.

Now when I brought this to the attention of the manager on duty, Kathryn by name (and only first name as employees are not allowed to give their full names, nor are they allowed to give the names of superiors), the theatres are supposed to be checked by an employee once per show. I never saw anyone come in, and if they had, they would have seen all the lit cellphones and also noticed that the audience noise was drowning out the sound of the film. 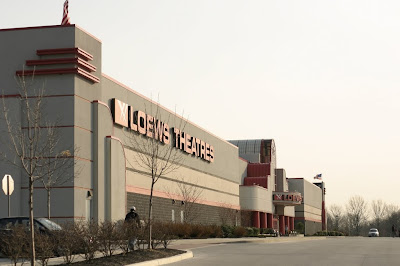 Now an argument might be made that they were busy that night and might not have had time to check the theatres. Why then did more than a few employees I saw (before the film when it was even busier) have time to chat with friends, throw cups back and forth behind the snack counter, and chase each other into the rest room? Yeah, they were busy all right.

Now Kathryn No-Name was nice enough give us passes to see another film at the wonderful Loews Theatres where we would be treated to probably a similar experience. I would have rather gotten my money back. After all, if I had gotten rat poison instead of Frosted Flakes, do you think the folks at Kelloggs would have given me my money back or another box of rat poison? 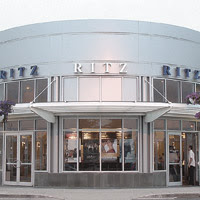 Is this what the movie theatre experience is about these days? At least at Loews Cherry Hill it is. There is an alternative. I would like to direct anyone seeking a movie night out to the Showcase at the Ritz in Voorhees. It’s not far from Loews and has just about the same variety of films and even some from off the beaten path. Not only is the viewing experience a pleasure, but the staff is friendly and cooperative. They also have various special events and goodies all the time. They have my full endorsement, and would love your business. And no, I don’t know anyone there, nor do I work for them, they just know about customer service unlike some theatres.