The Towns That Dreaded Sundown 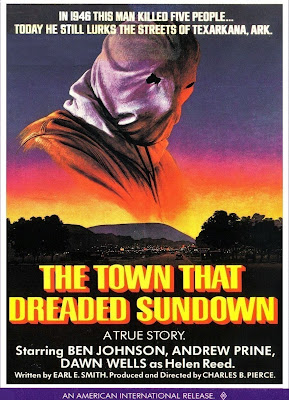 Producer/director/actor Charles B. Pierce, perhaps best known for making Bigfoot famous in The Legend of Boggy Creek, took another 'true story' and mined it for this Sam Zarkoff American International movie that serves as the blueprint for the traditional slasher film. Written by Earl E. Smith, in 1976's The Town That Dreaded Sundown, we learn the tale of the Phantom Killer who terrorized young couples on lovers lanes in Texarkana in 1946.

The movie begins documentary style establishing the period, including narration by Vern Stierman who also did the job more than ably for Boggy Creek. His frequent voiceovers keep the film solidly in docudrama mode, which for the most part works.

Unlike the slasher flicks that would follow, this one views things from law enforcement as opposed to the kids. Veteran character actors Andrew Prine and Ben Johnson take point in the investigation with great chemistry, along with Bierce himself providing much needed comic relief as their sidekick. Also look for Dawn Wells, Mary Ann from "Gilligan's Island," late in the film. 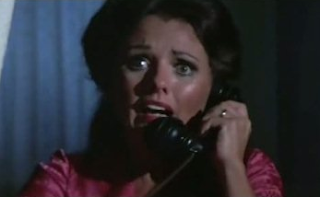 The film looks very good, and the period is set well. I loved the music, the clothes, the cars, and even the language. Kudos go to Jaime Mendoza-Nava, an underrated composer of 1970s B-movies who deserves more credit than perhaps he's been given. He was good. The film gets all As for atmosphere. And it's not just a great period piece for the 1940s, but also 1970s cinema as well. 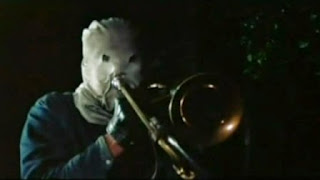 Stuntman and later stunt coordinator Bud Davis played the masked killer known as the Phantom. Except for the ridiculous trombone scene, he is actually pretty frightening. And his white bag mask conjures imagery of the Ku Klux Klan, which is scary enough, but notably it made me wonder what the movie was really about when I saw the video box before I ever saw it. 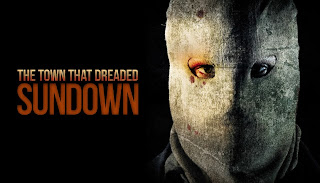 The Town That Dreaded Sundown was reimagined in 2014 by Ryan Murphy, the brains behind "Glee" and "Nip/Tuck," and his sometime collaborator Roberto Aguirre-Sacasa, a big muckety-muck at Archie Comics, and whose credits also include The Stand comics for Marvel, HBO's "Big Love," and the 2013 remake of Carrie. It might seem like an odd fit, but it kinda works.

This is notably not a remake as much as it's a sequel, one in which the original movie is a movie based on the real events. Yeah, I know, it's a whole new level of meta. There are many 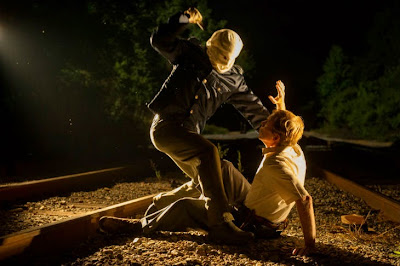 parallels, and the narration is a nice touch. With "Nip/Tuck" so many years ago, and more than a few seasons of "Glee" since then, it's easy to forget that Ryan Murphy has a very deft hand with suspense and horror.

Watching these two flicks back to back was an intense but entertaining evening of television, two generations of creators giving their take on a supposedly true story. They're both worth a look, more so for horror fans. And don't forget, it might have happened decades ago, but they never did catch the Phantom...