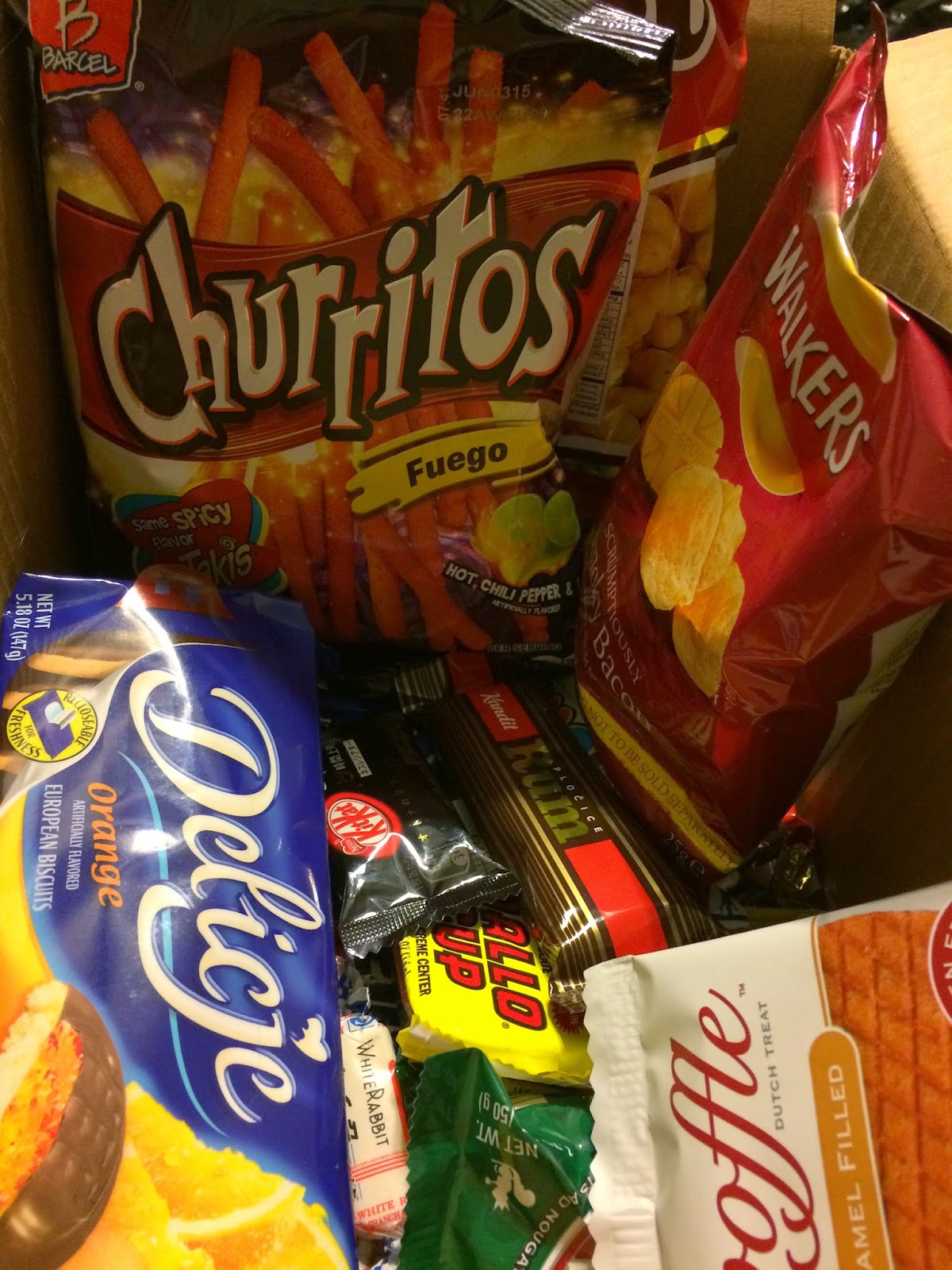 The big gift craze this past holiday season seemed to be the infamous mystery box of stuff. Various companies were offering these mystery boxes and depending on genre, that was the kind of swag you got. This year I ordered from KarePax for a few friends, and for my trouble, they sent me one too.

KarePax specializes in mystery boxes containing candy, snacks, and comics from all over the globe. At first, when it arrived, it seemed a rather small box, but let me assure you, it was stuffed full, and the bounty seemed to never end. 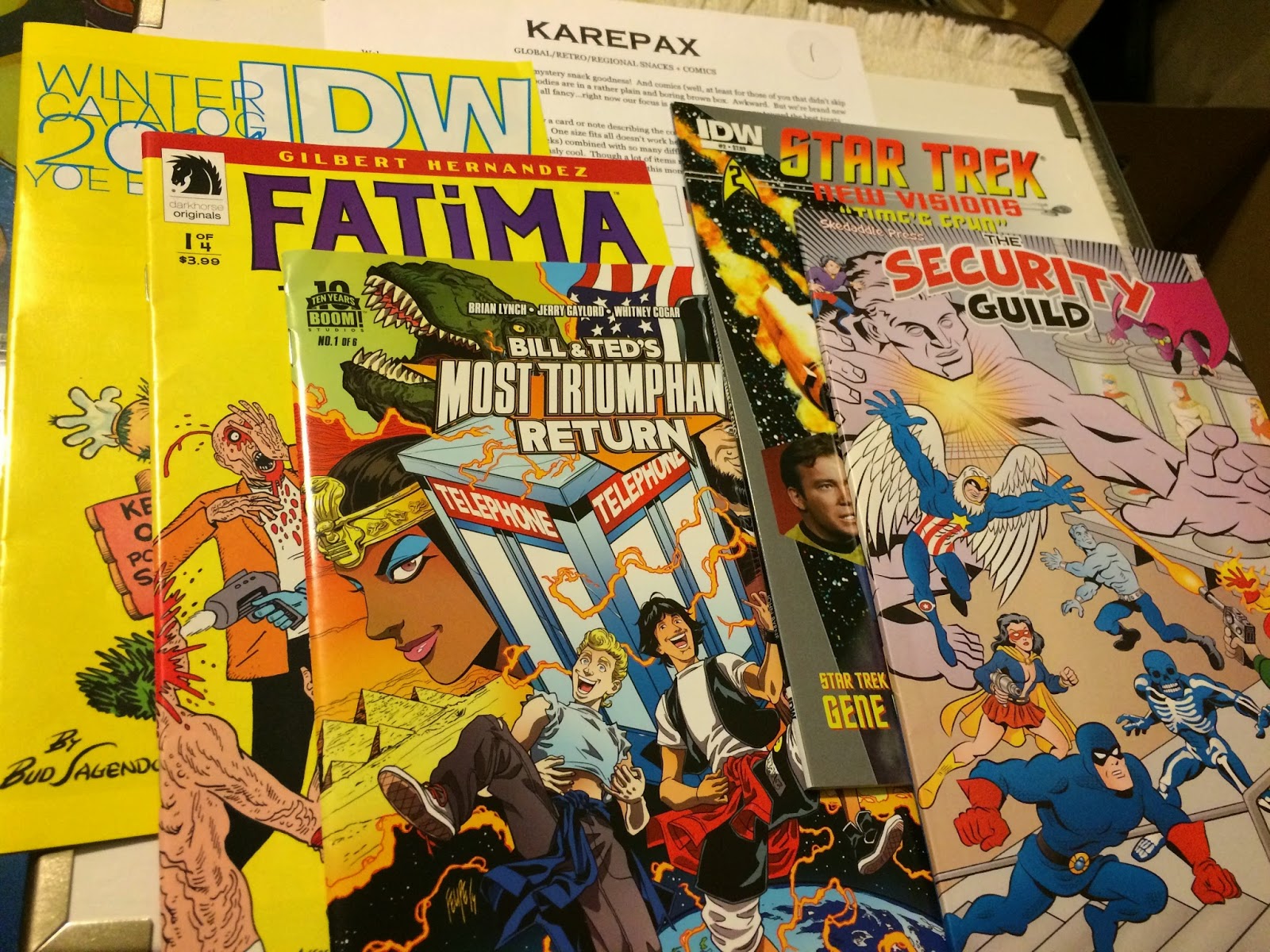 The swag in my box came from the United Kingdom, Japan, Germany, the United States, Poland, Thailand, Croatia, Indonesia, and Serbia. Among the comics were issues of Star Trek, Bill and Ted, Fatima, an IDW catalog, and something called Security Guild that featured reprints of some very cool but obscure public domain Golden Age superheroes. Who remembers Ghost Woman? How about Nightmare and Sleepy? 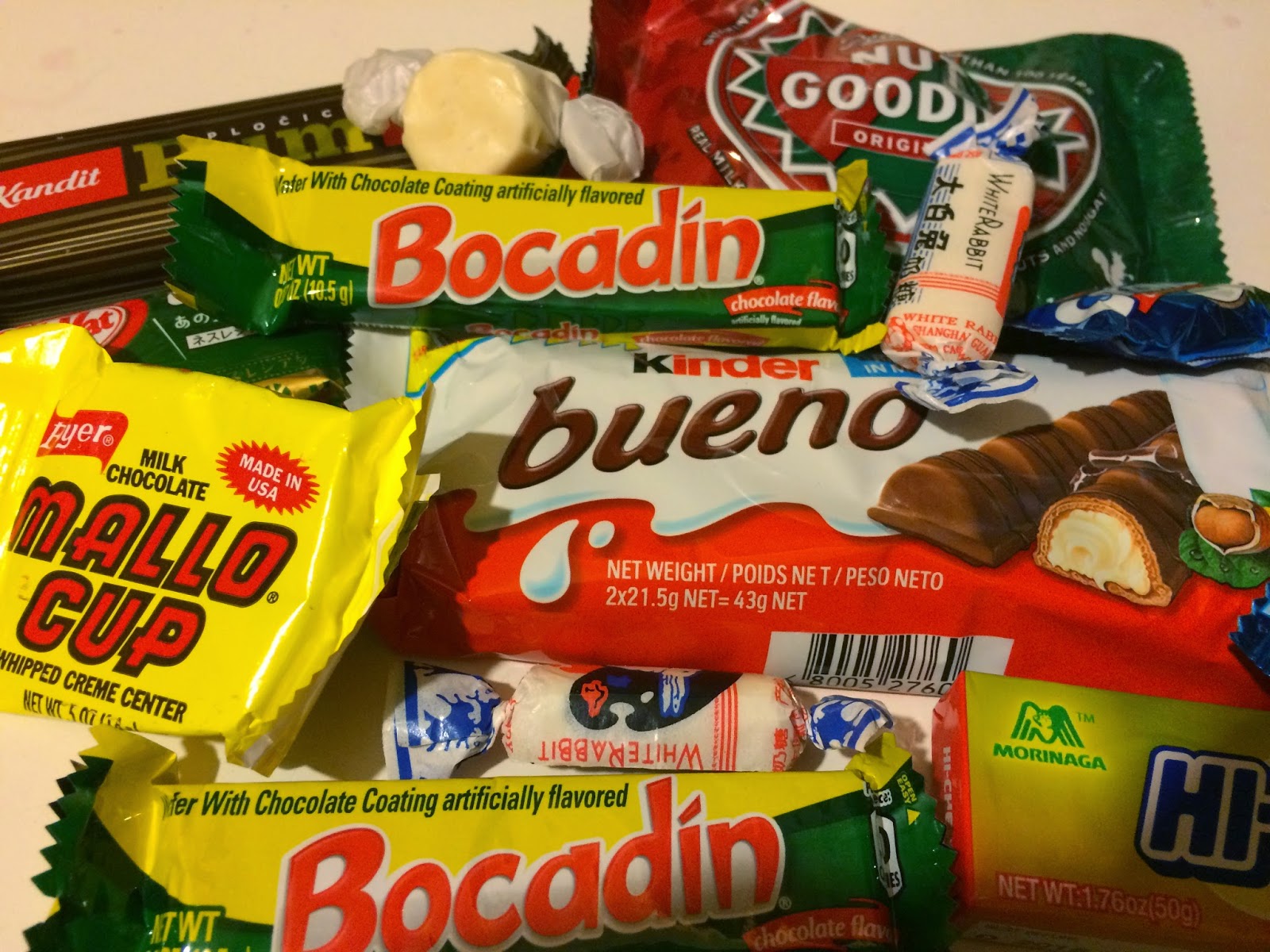 On the snack end, there were items that were familiar and some I didn't know what they were. Among them were Swoffle, Ellse, Smoki, Walkers Smoky Bacon potato crisps (a variety of which I reviewed over at French Fry Diary right here, Delicje orange biscuits, and Churrotos.

Some of the candy was even more baffling. The Mallo Cup I knew, just as I did the Kit Kat logo but not the mystery Japanese flavors of Kit Kat. There was a Bueno bar, Nut Goodies, Bocadin, and Hi-Chew. And amongst the other unmarked candies was a Curly Wurly bar, a clone of the old Marathon bars from the 1970s. I can see much hesitant taste testing in my future...