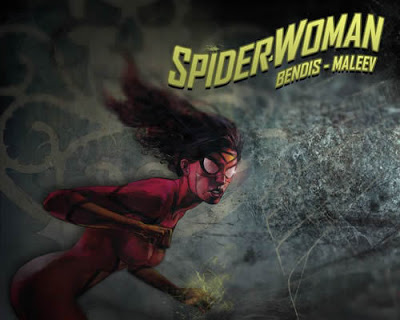 Yesterday Marvel Comics debuted its first original motion comic on iTunes: Spider-Woman: Agent of S.W.O.R.D. Today, it was the number one seller on the television and animation charts. And it could very well be the death knell for print comics.

The series involves Jessica Drew alias Spider-Woman bouncing back from the traumatic events of Secret Invasion and New Avengers and finding her way in a treacherous new world. Adding to the excitement is the creative team – writer Brian Michael Bendis and artist Alex Maleev – famous for their Eisner Awards and their NYT bestselling Daredevil run. It’s also worth noting that it was Bendis who brought Spider-Woman from a minor forgotten character to the forefront of the Marvel Universe. 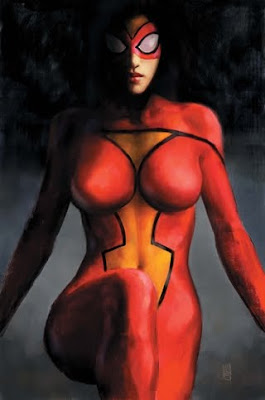 While the stories featured in this iTunes exclusive will at some point next month be available in a traditional print format, the presentation is key here. While previous motion comics have been merely already existing comics retooled for the motion comic format – essentially comic images moving across the screen via flash animation - Spider-Woman is something new.

Spider-Woman: Agent of S.W.O.R.D. is created specifically for the motion comic format, and just by that virtue, it is different, and amazing. With a complete voice cast, a soundtrack and a notable lack of confining comic panels, this episode has a widescreen cinematic style that is something rarely seen in the comic book medium.

This new visual style at $1.99 per ten-minute episode vs. $3.99 per twenty-two page issue of a comic book may just give credence to the phrase “Print is dead.” While I sincerely hope not, I am still very excited by this event, and you should be too. Definitely check it out.