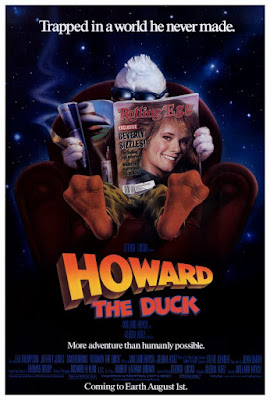 Back in the day, before the internet, when newspapers (yeah, remember them?) would do their occasional slow news day story on how comics weren't just for kids any more, there would always be certain elements brought up. First off, they'd have most of their facts wrong, second the headline would have a lame Batman '66 sound effect in the headline, and third, they'd be talking about one of three characters - the Shazam! Captain Marvel, Judge Dredd, or Howard the Duck. The thrust of the article was always comics are for adults now, wow, who woulda thunk it? with an undertone of old comics are worth money. Both of these myths helped to derail how comics are perceived today. 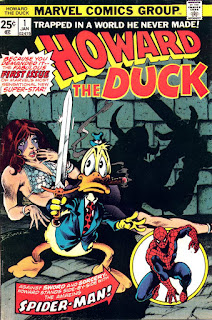 These inaccurate newspaper articles are where I first encountered Howard the Duck, usually on the cover of the first issue of his titular series, with a cigar in his mouth, a sword in his hand, and Spider-Man on the inset of the cover. There was also a scantily dressed woman behind him and the banner that read, "Trapped in a world he never made!" I had no idea at twelve what any of that meant. So I never picked up the book.

A duck in the mostly superhero Marvel Universe didn't make sense to me. Sure he had weird scifi fantasy origins but he first appeared in the Man-Thing horror comics, and Marvel horror wasn't something I'd pick up on until much later. Howard was just weird, he looked like Donald Duck from Hell, and of course now might be a good time to mention Disney (before they owned Marvel) sued to make Howard wear pants, removing some of the litigious similarities. 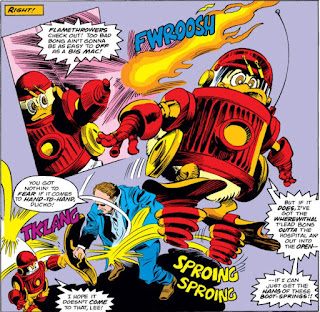 When the Howard the Duck comic strip showed up in my local paper (those things again?) I just didn't get it. I dismissed it as too smart for the room like Doonesbury or any of the other political stuff. Then came Iron Duck. This was the first issue of Howard the Duck I ever picked up, almost four years into his run. This parody of Iron Man was the reason I bought it, and therein I learned not just that Howard was a master of Quack Fu, but that his foe in that issue was a guy named Doctor Bong. This villain wore a bell on his head and hit it with his clapper hand to make horrible sounds. I was sold.

I guess by then I was old enough to get it, and after that I really dug Howard the Duck. I understood what a genius creator Steve Gerber was to create a character that only entertained, but also commented on society. This was so cool. And then Marvel took Howard away from Gerber in a web of legal complexity too big to get into here, and the Duck vanished for a bit. Little did I know that when Howard returned, it would get worse. 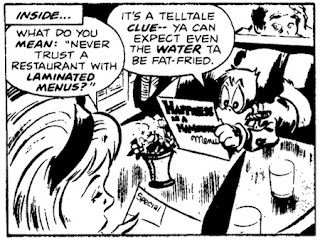 The late summer of 1986 saw the release of George Lucas' Howard the Duck, which was, believe it or not, Marvel's first theatrical release. Although Lucas had originally intended it to be animated, it was unfortunately live-action, which of course made the idea of a talking duck ridiculous. We ended up with a little person in a bad duck costume. Things did not get better from there.

Howard the Duck is frequently acknowledged as not only one of Lucas' biggest bombs, but also as one of the worst movies ever made. The film stars Lea Thompson as a barely recognizable Bev, Howard's human female companion, Tim Robbins as a scientist, and Jeffrey Jones as another scientist possessed by a Dark Overlord of the Universe, the villain of the piece. No one shines here, even Thompson who's trying awkwardly to start a musical career. Also Broadway's Chip Zien provides the voice of Howard. I think Ed Gale was in the duck suit. 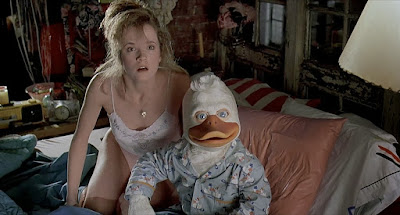 The scientists are trying open up dimensional gateways, and end up pulling Howard from Duckworld, and also pulling in a cosmic nasty called the Dark Overlord of the Universe. The thrust of the movie is all about getting that genie back in the bottle to save the Earth. As if the duck suit isn't embarrassing enough, the opening credits sequence shows us quite a bit of Duckworld, which is filled with more embarrassing duck suits. The opener also features the sad John Barry score. It's good, but so wrong for the film. Apparently Barry thought he was scoring a slow noir or a sixties melodrama. 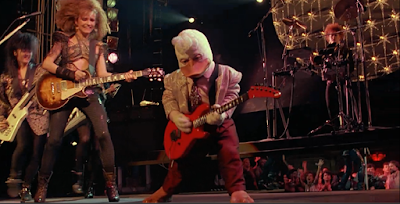 The more modern music of the film was one of the few things I did like. How could I not like a collaboration between Thomas Dolby and George Clinton, two of my faves? Dolby did most of the music, and even those songs attributed to Lea Thompson and her band 'Cherry Bomb.' Yeah, I confess, this is a guilty pleasure, but I dig the music. The soundtrack is no longer available but I have a few of them still. 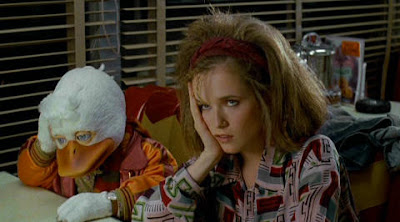 I remembered hating this flick the first time I saw it back in 1986, and I have to say, it's still pretty bad the second time around. There's so much to struggle through - Howard as a lapsed rocker who becomes Bev's manager, their bizarre relationship that was made even more bizarre in the movie, and special effects nowhere near Lucasfilm's usual output. I only laughed once, when Jeffrey Jones says, in the Dark Overlord's voice, "She took my eggs." at a diner. It's become a running joke with friends ever since. And let's not even talk about Jeffrey Jones' hentai tongue.

Rumor says that overall Steve Gerber thought the essence of Howard and Bev made it into the film. Honestly I don't see it. I really don't see Howard at all, but if it's any consolation, I don't think I've seen the real Howard since the seventies in the comics, since Gerber left him. The film is not recommended, please do check out some of the original comics though.