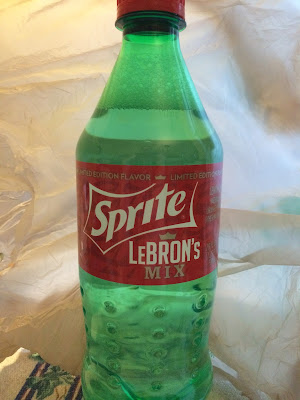 LeBron is a basketball player, right? Let me hit the Google and double-check. Yes, LeBron James is an American treasure when it comes to basketball, and one of the best players in the world. Sorry, folks, but basketball is just not one of those things in my wheelhouse. Soda, on the other hand, is.

Recently when I saw Entourage in the theater I saw an ad for a new limited edition flavor of Sprite. Now I'm a Coca-Cola man, so yeah, Sprite is right along side there. This flavor of Sprite not only has cherry in it but also orange. I was enticed, my two favorite flavors in a Sprite, sounds like a plan. 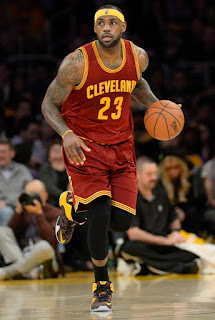 Of course there's the very real possibility this could just be a drunken stint at the Coke Freestyle machine, a Frankenstein mix of what might taste good, but can't possibly... because, let's face it, we're not soda scientists - and neither is LeBron James, or at least I don't think he is.

The LeBron Mix, which apparently had been out before under another name, proved quite elusive to find. It was one of those things you see everywhere when it's under your radar yet nowhere when you want it. Fortunately The Bride was able to pick up a bottle in Philadelphia. Yes, at 7-Eleven, despite what Ray had to say about it on a recent episode of The GAR! Podcast. 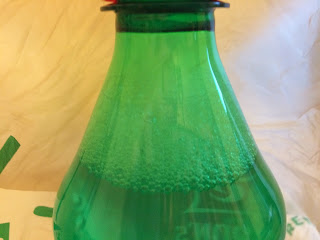 The first thing I noticed was how much bubble and fizz was in the bottle before I even opened it. I was a bit tentative to twist off the top, half expecting a champagne-like explosion. It didn't explode when I twisted it open, but I did dig the contrast of the dark red label and cap against the lime green bottle. They should think about marketing this stuff during the Christmas season.

Once the cap was off, a wine bottle wave past my nose brought an aroma just like I had hoped, but. But when I tasted the stuff, it was exactly what I feared it was. It was terrible, like some blend of Mountain Dew (not my favorite) and urine (let's not even go there), wow, this stuff was awful. Not recommended. And LeBron, step away from the Coke Freestyle machine. Right now.