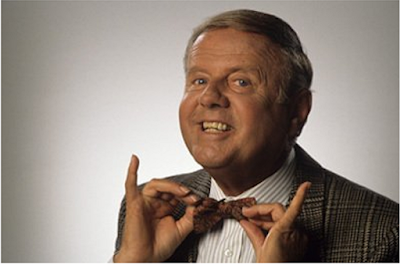 Dick Van Patten is one of those faces we've all seen on television since we were kids and just started watching television. He's always been there, and now, sadly, he's gone. The great character actor passed away this morning in California after a long illness.

Most folks will recognize him as the father Tom Bradford in the late 1970s drama/comedy "Eight Is Enough." I was a fan of the show, even though it hasn't aged well, and was definitely a product of its times. Van Patten however was in everything, a fixture of anthology shows like "The Love Boat" and "Love American Style," he always played different roles, and was featured in over fifty different series over the decades. His career on TV went from "The Naked City" to " Hot in Cleveland." Van Patten was also a star of the silver screen as well, appearing in such films as "Charly," "Westworld," and "Spaceballs." 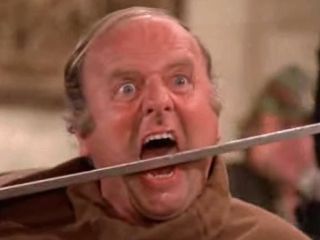 Speaking of Mel Brooks, with whom Van Patten worked frequently, that was where I first became enamored with his work. He played Friar Tuck in Brooks' rowdy comedic television version of the Robin Hood legend, "When Things Were Rotten." Forgotten by many and lasting less than a season, this was classic Brooks, and Van Patten was great.

We've lost one of the good ones. Dick Van Patten will be missed.