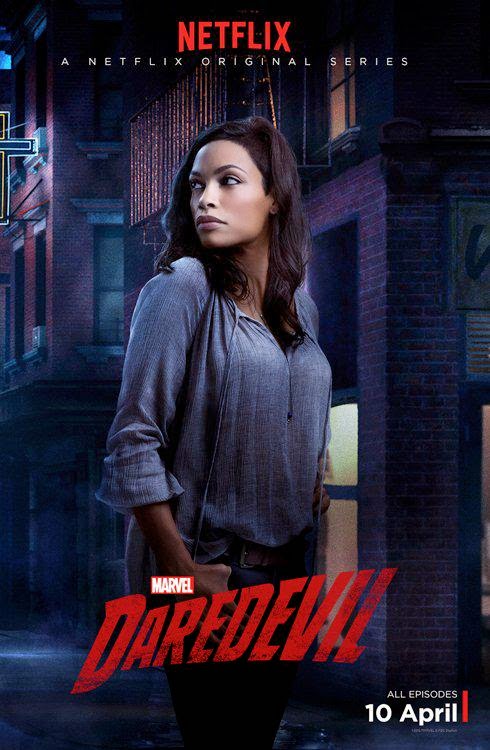 This episode introduces us to Claire Temple AKA Night Nurse, which is a bit of an anomaly, because in the comics, they're two different people. Here in the series she's played by Rosario Dawson, one of my favorite actresses, because of her talent, her looks, and that rooftop dance sequence in Clerks II. Be still, my heart.

We open on a trail of blood leading to a dumpster, in which Daredevil lies close to death. A neighbor kid taking out the trash alerts Claire, who he knows is a nurse. They bring Matt to her apartment. He's been beaten, stabbed, and refuses to go to the hospital. Whoever did this will kill everyone to get to him. He drops back into unconsciousness, and flashback territory.

Flashbacks have been an interesting storytelling tool so far in "Daredevil." Much like "Arrow," though notably less obvious and with smoother segueways, they not only tell us about the past and Daredevil's origins, but also shed light on the present day circumstances and predicaments. This one has a pre-accident Matty sewing up his dad after a big fight he lost by knockout. We get a sense of the boy's life, and his relationship with his father 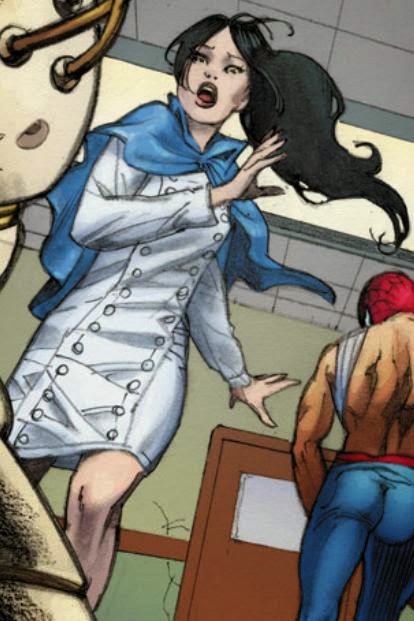 In the comics, Claire Temple is purely supporting cast. She was originally Dr. Bill Foster's ex-wife. He himself a support character for a long time before he eventually became Black Goliath, then Giant-Man, and then Goliath before being killed by Thor's clone in the superhero Civil War. Yeah, I know, more than you wanted to know. She also spent some time as the on-again off-again love interest of Power Man, and that might be the key comic connection here as the third Marvel Netflix series will be "Luke Cage." 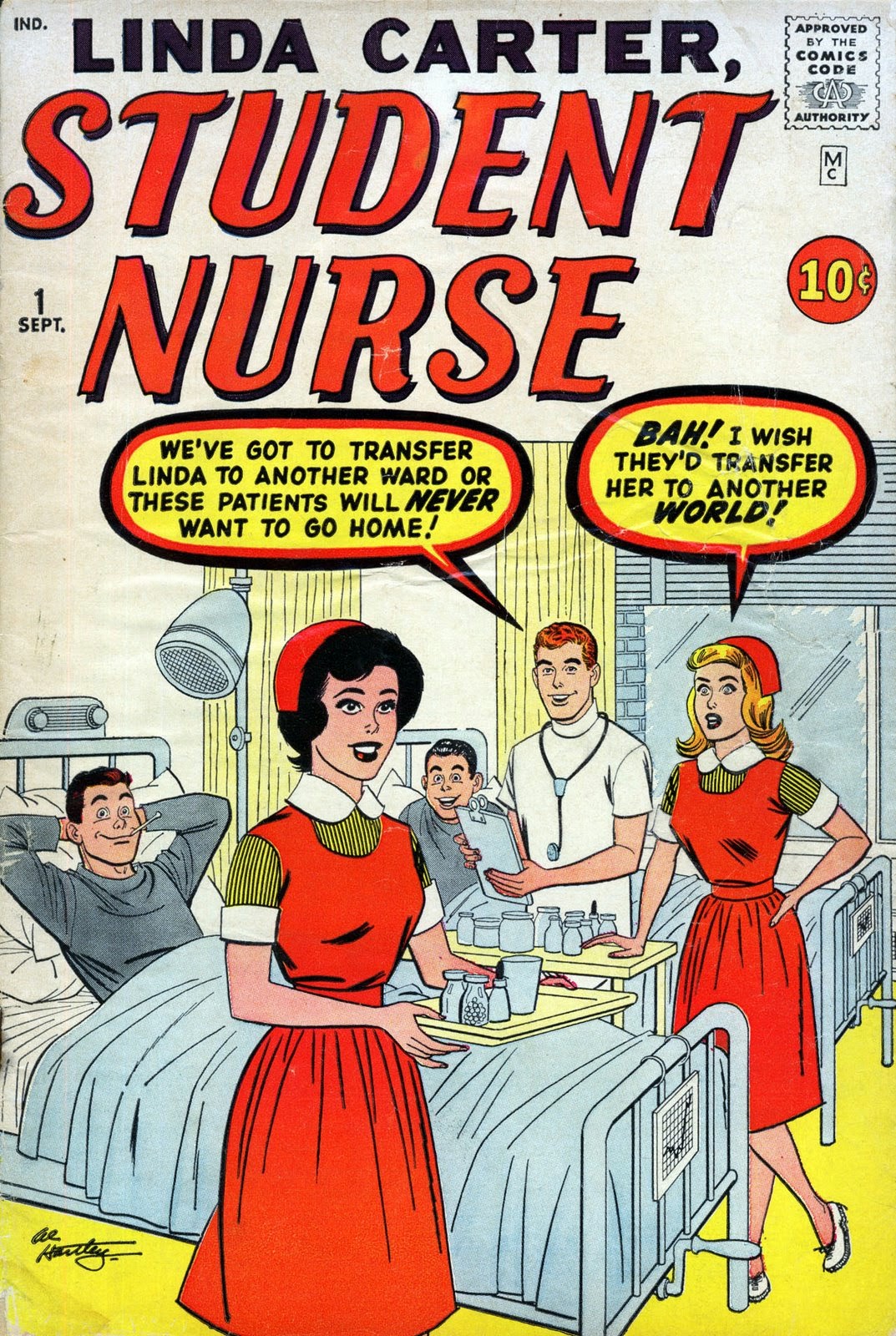 Despite being pulled from obscurity and recently gaining popularity under the pen of writer Brian Michael Bendis as a supporting character to Doctor Strange and the New Avengers, Night Nurse has been around much longer than most folks think. Linda Carter who would someday actually use the codename Night Nurse first appeared in the pre-Marvel Atlas Comic titled appropriately enough Linda Carter, Student Nurse way back in 1961. 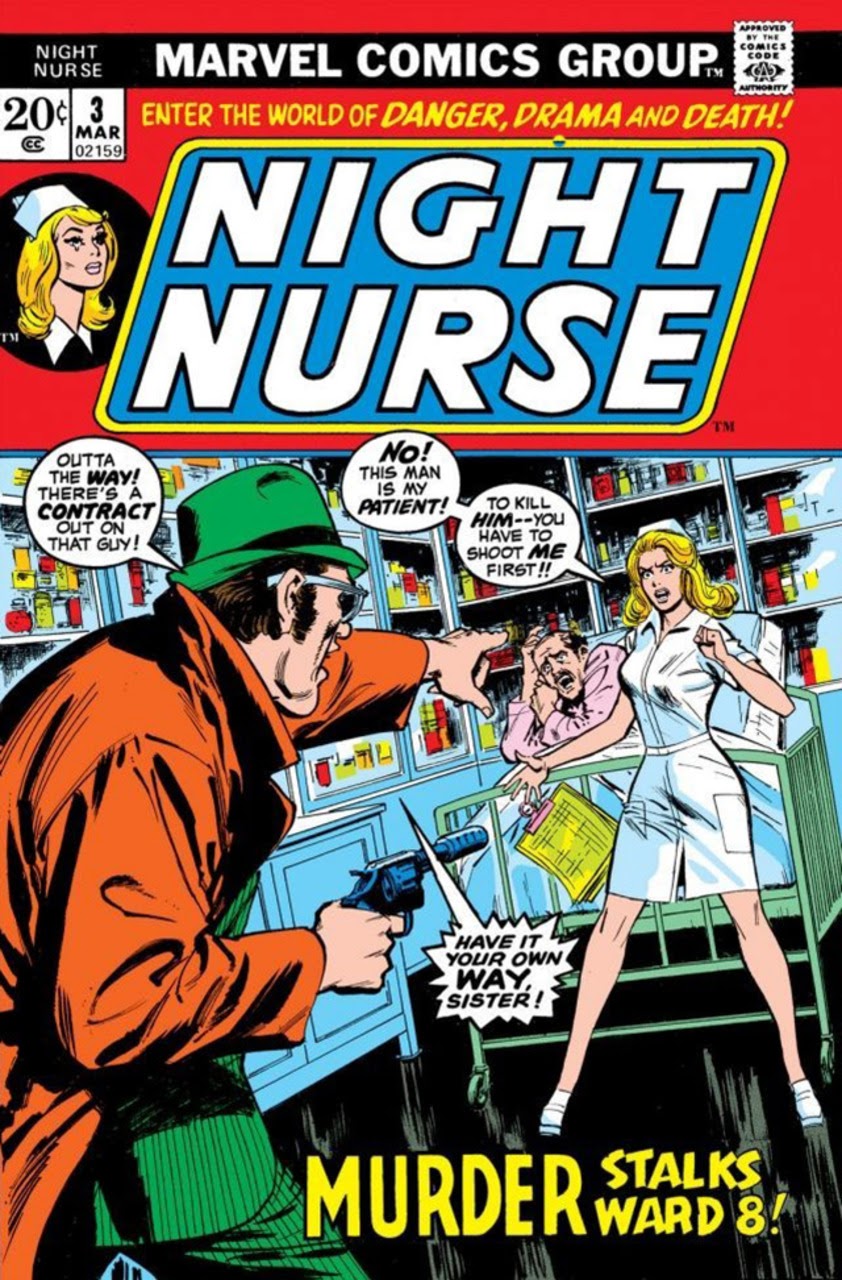 A decade later when Stan Lee wanted to introduce comics to interest girls specifically, in some cases created by women, he brought out The Cat, a super cool heroine who later spun off into two other super cool heroines, Tigra and Hellcat; Shanna the She-Devil, who would later partner with another Savage Land jungle hero, Ka-Zar; and Night Nurse. In this last one, he reintroduced Linda along with two colleagues in this tense drama, hospital-based with no apparent connection to Marvel's superhero universe. Sadly these comics didn't last long, but the characters were remembered and loved.

Bendis brought Linda Carter back in a 2004 Daredevil comic, where she had taken on the name Night Nurse. Now a doctor, and having been saved at some point by a superhero, she had decided to pay it forward, giving medical aid to superheroes who needed it. Her first few 21st century appearances involved heroes from the Marvel Netflix series - Daredevil, Luke Cage, and Iron Fist, so it's really no wonder the character has been included here. One might imagine the merging of Claire with Night Nurse could also be to avoid confusion with that other superhero actress Lynda Carter. 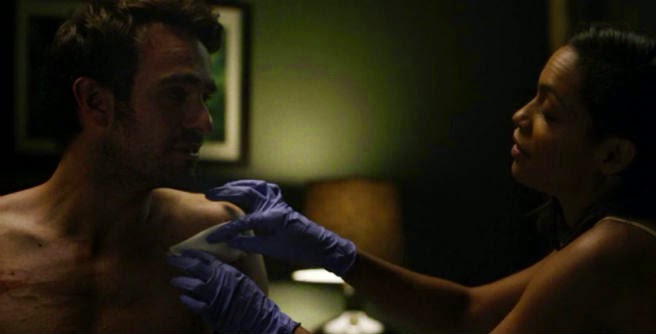 Rosario Dawson's Claire Temple is very much the Good Samaritan, almost a soulmate for the Nelson and Murdock law office. And she works well with Charlie Cox, all of the actors so far are perfect fits. The details she gets from the beaten Matt are sketchy and elusive, no matter how she tries to pry his secrets from him, yet she helps him. It's the right thing to do. I can't express how nice it is to see so many good characters in a grim and gritty superhero show. Claire gets her superhero wings in this episode.

Of all the good things I can say about this episode, it must be said, and it must be recognized - "Cut Man" is what would be considered on network a filler episode. The thrust of the story is simple, but surrounding it, and supporting it are character and plot bits, like the flashbacks mentioned above. We get to see what wonderful chemistry Elden Henson's Foggy and Deborah Ann Woll's Karen have. Both actors continue to impress.

Much of the support, the flashbacks, involve Matt's father's fight with the young Crusher Creel. It's a fight in which the elder Murdock is supposed to take a fall, but wins by knockout. It's his last. I imagine we will be seeing bits and pieces of the complete Daredevil origin in this way throughout the series. The father/son theme is strong as the kidnapping of a boy from his dad is the case that gets Matt beaten by the Russians to begin with.

Again there is that unbearable level of evil to the villains. Even the police have been infiltrated. The Russians and their human trafficking were among Daredevil's first targets. And of course at the end we are treated to another amazing fight scene, this time with a fixed camera in the confined space of a hallway, nice. I am loving this.