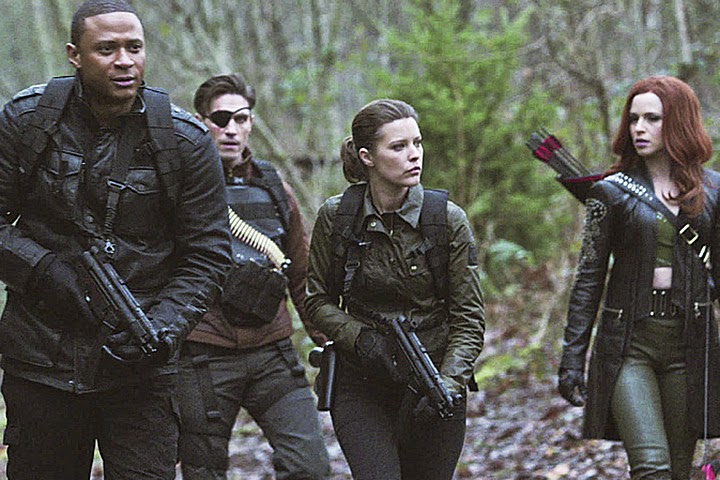 I suppose with all the hype about the theatrical Suicide Squad movie coming out in the summer of 2016, it may have been time for the team's return on "Arrow," and what better timing than crashing the wedding of Diggle and Lyla, right?

The wedding is rather rushed, and awkward, as Ray Palmer (apparently a minister (!) "long story") is the officiant. Ray is Felicity's date, Nyssa is training Laurel, and due to R'as Al Ghul's masquerade, the Arrow is wanted by the police. It's from this background that Diggle and Lyla leave for their honeymoon, or do they? 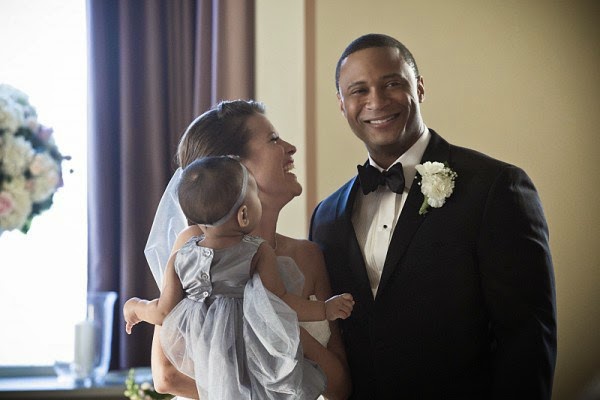 The couple is needed to lead the Suicide Squad on a mission into Kaznia to rescue a corrupt US Senator. Kaznia, alternately spelled Kasnia, actually has a long history with DC Comics characters, but not in the comics, in the DC Animated Universe. The unstable Eastern European nation has featured in both the "Batman" and "Superman" animated series, was nearly taken over by Vandal Savage in "Justice League," and was even shown to still exist in the future time of "Batman Beyond." Besides Diggle and Lyla, this Suicide Squad also includes old favorite Deadshot and the still delusional Cupid. 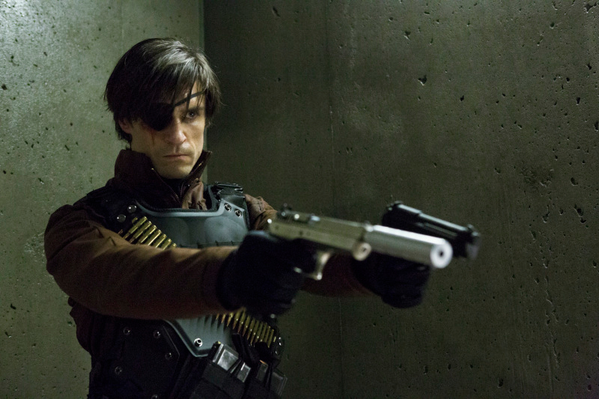 Meanwhile back in Starling City, Oliver discovers it's not just one Arrow imposter, but several, including old friend Maseo. And Iron Man, ahem, I mean the Atom has discovered that the Arrow is actually Oliver Queen. This makes Ray's relationship with Felicity a bit dicey. And with Oliver as well. But once Ray has that one piece of information, the connections of all of Team Arrow fall neatly into place.

In lieu of Flashback Island and/or Hong Kong this episode, we look into Deadshot's past. His is a tragic story, and had he not died in this episode, this would have made an intriguing backdoor pilot. And really, with "The Flash," "Supergirl," "Vixen" and the untitled pilot with Captain Cold, Heat Wave, Hawkgirl, Rip Hunter, etc. (is "iZombie" part of this? I know it was published by DC Comics, but is it in continuity?) - might this be spreading things too thin? 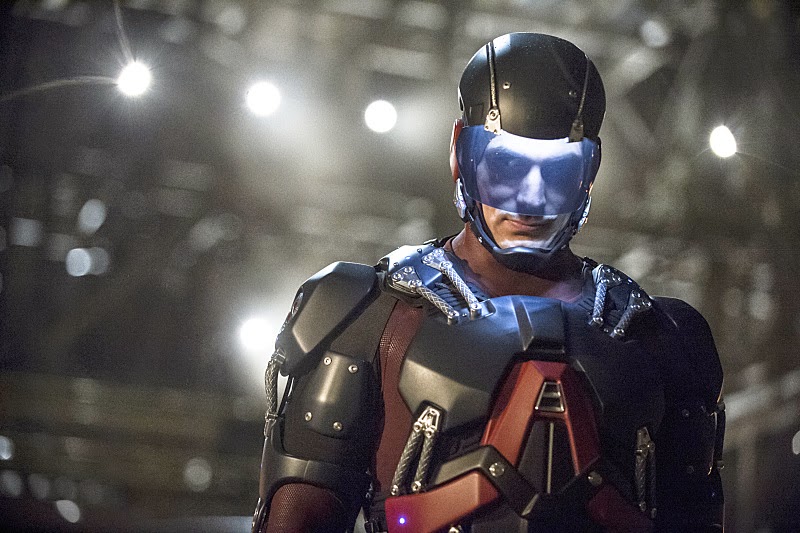 The shame of this episode is that the titular plot, along with Deadshot's origin story, falls far short of being as interesting as the seeming subplot of Ray vs. Arrow. The fight between Arrow and Arsenal, and X-0 Man of War, um, I mean the Atom is very cool, and far too brief. I wanted more. No, what I really wanted was the Atom, not the A.T.O.M. or some armored hero rip-off. Give me the Atom, or don't bother calling the character that.

The senator in Kaznia is of note, as Joseph Cray was a particularly nasty bad guy in the Suicide Squad comic series, and his son Adam was one of the men who called himself the Atom over the years.

Next: With the mayor killed by an arrow, and Felicity in Maseo's sights, Team Arrow have become public enemies!