The Return of Captain EO 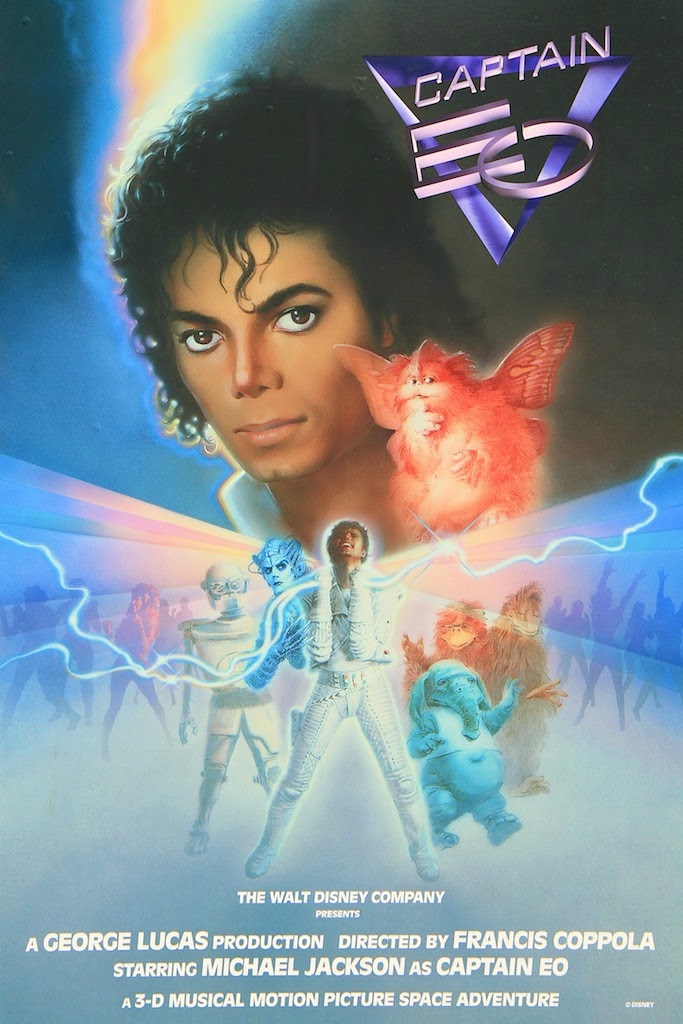 As mentioned in the newest episode of The Make Mine Magic Podcast, I got the chance to see Captain EO again on our most recent trip to Orlando and Walt Disney World. Here are a few of my thoughts and observations.

From 1986 to 1996, this legendary seventeen minute music video/short scifi film was the main attraction at the theater next to Journey into Imagination at the EPCOT park in Walt Disney World. The adventure with the heroic Captain EO bringing a 'gift' to the evil fascist Supreme Leader. The gift is music, song and dance, that in the hands (and feet, voice, and body) of EO's Michael Jackson transforms first the soldiers of, and then the Supreme Leader herself (Angelica Huston), into better more positive people. The dark planet, looking very Giger at first is changed into a bight paradise. 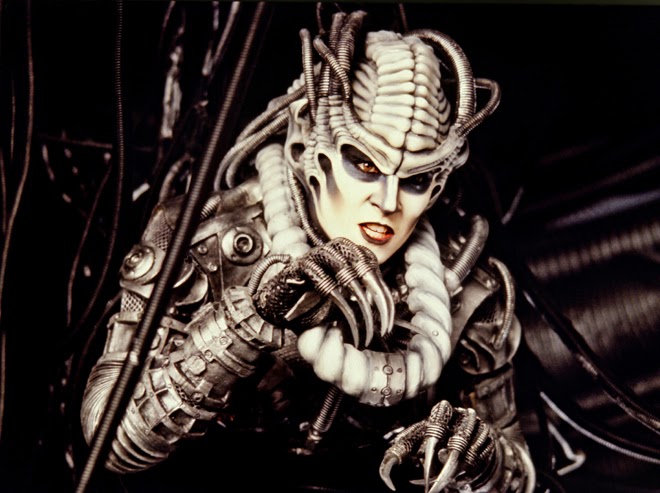 Captain EO was the brainchild of Francis Ford Coppola, George Lucas, and Michael Jackson, trying to recreate the longform video story style of Jackson's Thriller in a new venue - 3D, or more accurately 4D. This is not just any 3D, but 3D with in the theater effects as well, including shaking chairs, internal light effects, and even misters in the seats. It's full effect. While in the nearly three decades since its debut, 3D effects in the cinema have gotten better, the full effects of this special theater still are pretty spectacular.

In memorial of Michael Jackson death and his achievements with Captain EO, EPCOT brought the attraction back in 2010. It was removed in 1996, though I don't think anyone said it out loud, because of all the legal problems Jackson was having at the time, and it was perhaps not thought he was a good role model for kids. 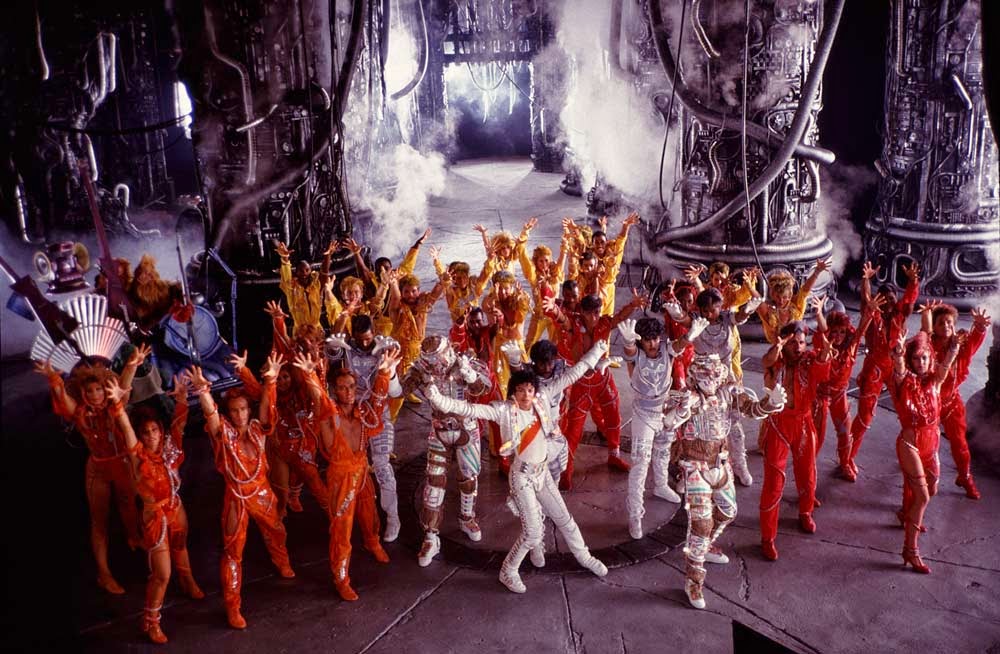 The stigma hasn't gone. There were jokes about 'kid touching' in line when I was there this past month, but still there were a lot of Michael Jackson fans in line who were very excited about the show. There was a genuine electricity in how psyched people were to see this. It was as if his crimes, supposed or otherwise, had evaporated, and all that mattered was this scifi musical spectacular from another age.

Disney shows the film as it originally played, with the same preshow as well, but calls it The Return of Captain EO, but it doesn't matter what it's called, this silly space opera with wannabe Muppets, and two terrific songs - "We Can Change the World" and "Another Part of Me" - along with coo special effects and great dancing, still dazzles and entertains. If you get a chance, definitely see it at EPCOT while it lasts.

You can hear The Bride and I talk about Captain EO on The Make Mine Magic Podcast in this episode here, and you can also see the film in 2D below. Enjoy.