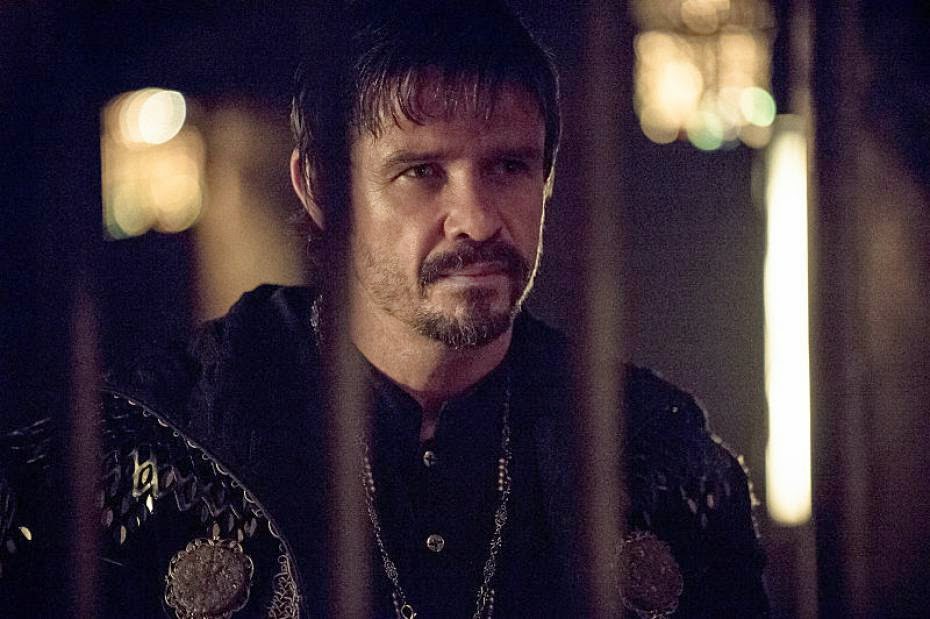 Here's where we stand. Because Oliver won't become the next R'as Al Ghul, R'as has promised to destroy him and make his life a living hell. That campaign started by framing the Arrow for multiple murders and culminated last episode when R'as revealed to Quentin Lance that Oliver Queen was the Arrow. 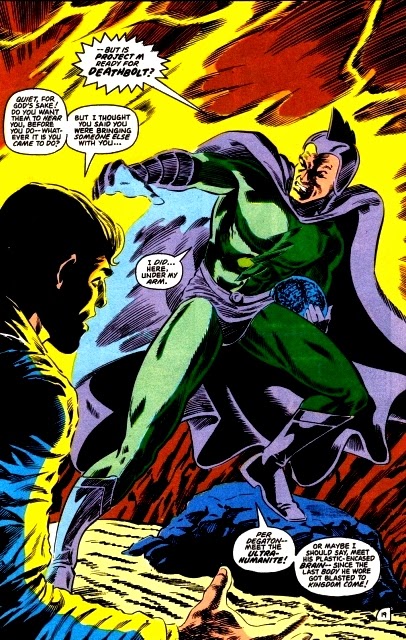 Lance announces to Starling City this fact and vows to bring him in. With no other options, Oliver turns himself in. Then while en route to Iron Heights, Roy attacks the police convoy and confesses that he is the Arrow. Of course that's not where we start. We begin with Starling National Bank under attack by some sort of power surge after hours. Not a power surge, a metahuman, with red death vision... Deathbolt.

In the comics, there's this thing called retroactive continuity. They are stories set in the past, written later, and chronicling events that we previously did not know existed. Deathbolt is the product of that. We already know that the showrunners have a thing for the characters of the Golden Age. We've seen Wildcat, Solomon Grundy, and over in "The Flash," the Mist, now Deathbolt.

Deathbolt first appeared in All-Star Squadron, a comic from the 1980s that told the adventures of the Justice Society during World War II. Jake Simmons was a murderer experimented on by the evil Ultra-Humanite until he became a living electrical battery. Extremely powerful and not a nice guy, Deathbolt was one of the more dangerous super-villains of the retroactive Golden Age. Here Doug Jones plays the just as dangerous, but slightly less flamboyant version. 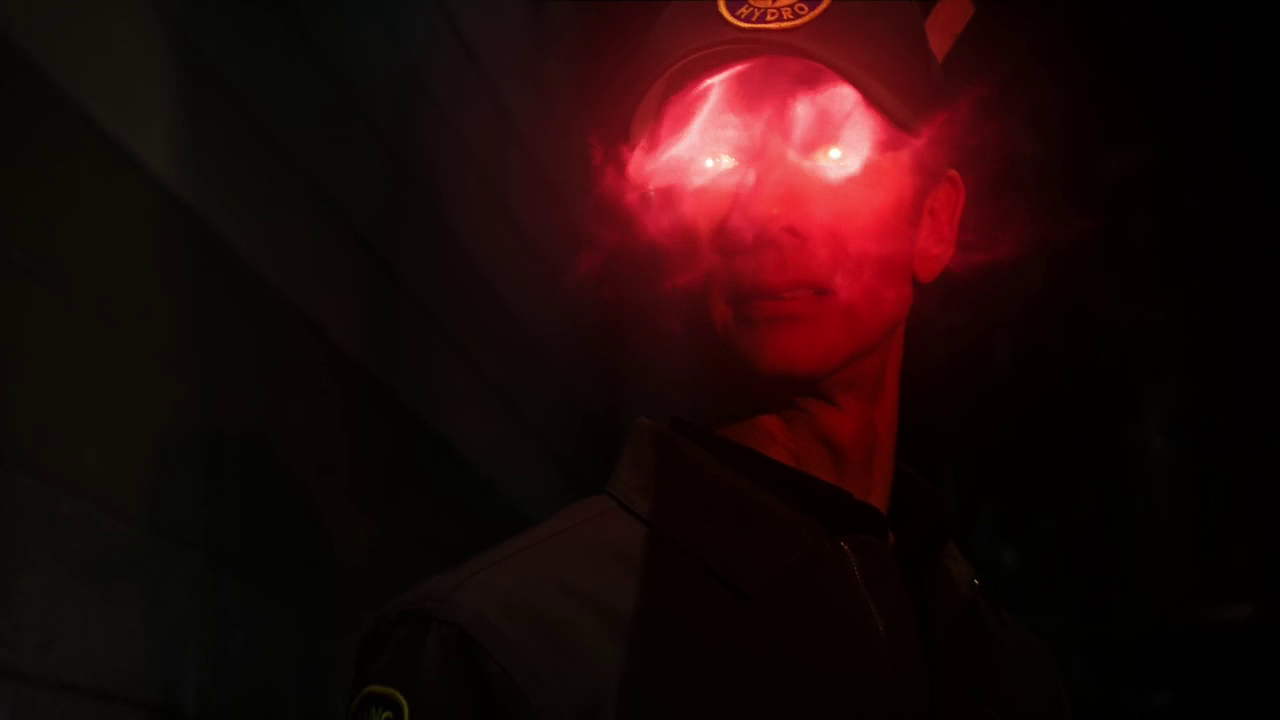 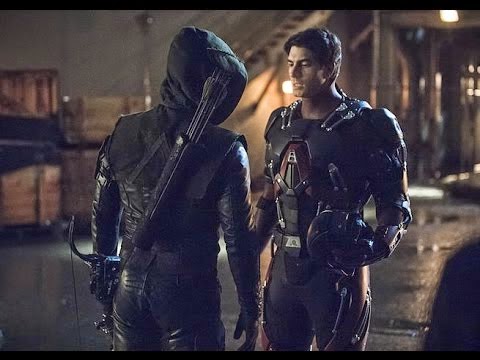 The chatter between Felicity and Oliver, with Ray in the field is fun, but something tells me it would have been much more fun on "The Flash." They are really trying to work their best day/night, Metropolis/Gotham vibe with Central/Starling here. But seriously, the jokes would have been much funnier if someone just turned the lights up in the Arrowcave. Annnnd also never send someone in armor to fight a human electrical battery.

In Flashback Hong Kong, it seems as if Oliver is getting played, and he, as well as Maseo, Katana, and their son Akio are in the middle of some weird test or game between Amanda Waller and General Matthew Shrieve. At best, in a packed episode like this, even the best of a flashback can only do so much. I suppose it's nice to see skinny Waller again, and equally nice that Shrieve hasn't been forgotten. 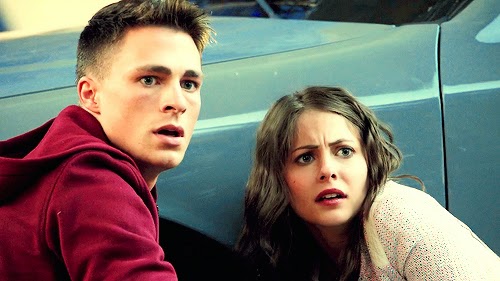 Remember that aborted feature film that was in the pre-production works for while - Supermax? The plot had Green Arrow convicted of a crime he didn't commit and placed in a supermax prison full of super-villains, sort of an Escape from Alcatraz with super powers. The scenes with Roy in Iron Heights kinda reminded me of that even though it never got made. I'm pretty sure what we saw would have been pretty close.

The killing of the Speedies really took me by surprise. I was expecting neither, and it's a shame to see Roy go. I think it's a given that Thea is coming back, but I wonder if Roy might not be back somewhere down the road as well. I guess we'll be finding out all about R'as' fountain of youth very soon now.

But that will be on "Arrow," there's still one mystery that will be solved in an upcoming episode of "The Flash." Once Deathbolt is defeated by terrific teamwork between the heroes, Ray takes the villain for imprisonment in the pipeline beneath the particle accelerator in Central City. Cisco had theorized Deathbolt was another metahuman empowered by the accident, but it's just not so. 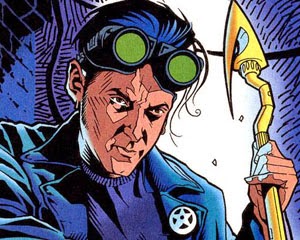 Jake Simmons was in Opal City at the time of the explosion, not Central City. Where did he get his powers? In the comics, it was the Ultra-Humanite, who knows in this case? Speaking of the comics, Opal City is the home of Starman, and another pipeline inmate, the Mist, was his archenemy. Deathbolt had some solo clashes against that hero as well. Two Starman villains in the pipeline? Could they be getting ready to introduce Starman the way they did Firestorm, slowly but steadily?

Next: Team Arrow goes to Nanda Parbat in "The Fallen!"