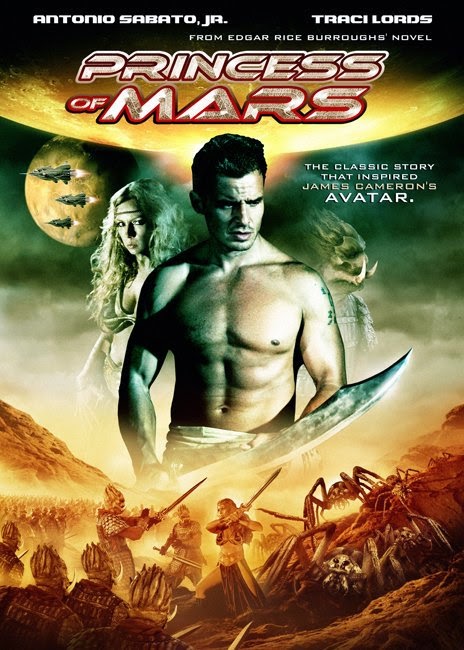 Princess of Mars ~ As The Asylum is always wont to do when there is a big blockbuster movie coming out, or in this case, a potential big blockbuster movie, they make their own low budget knock off. They are usually laughable and sometimes entertaining reworkings or rewordings of the real thing. In the case of John Carter, they did something different, they went old school and cannibalized the original source material - Edgar Rice Burroughs' public domain "Princess of Mars."

The Asylum's Princess of Mars stars hunky Antonio Sabato Jr. as John Carter and, wait for it, Traci Lords as Dejah Thoris. Surprisingly, as bad as it might sound, it's not bad. It is neither as brilliant or beautiful as Disney's big budget John Carter, nor would it be deserving of the treatment that film received from the narrow minded uneducated critics. I'm being harsh, but I thought John Carter was fantastic, and the film was savaged unnecessarily. 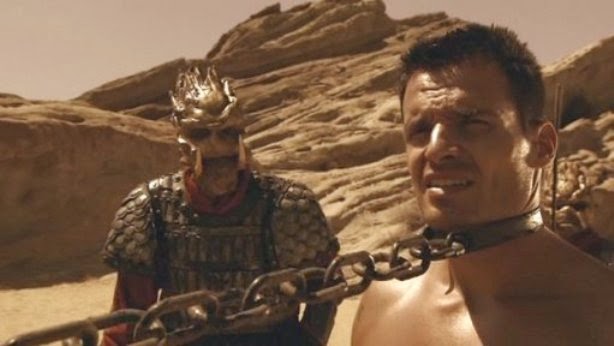 This version of the story suffers from its budget and sometimes corny special effects but actually follows the plot relatively well. Carter is updated as an American soldier in present day Afghanistan, and even that's not too bad. The special effects prevent the Tharks from being fully realized and the CGI is shaky elsewhere, but even so, it works. I ended up liking this interpretation more than I wanted to.

The charismatic Sabato is not only more than adequate as Carter, he's more than capable, and dare I say it, just as good as Taylor Kitsch. I like him here, even with his tattoos and one-liners, Antonio Sabato Jr. is a good choice for John Carter of Mars. The Asylum works with the SyFy a lot, so if they wanted to launch a JCoM series with Sabato in the lead, I would be down. As a matter of fact, it would rock. Get to work in that, okay? 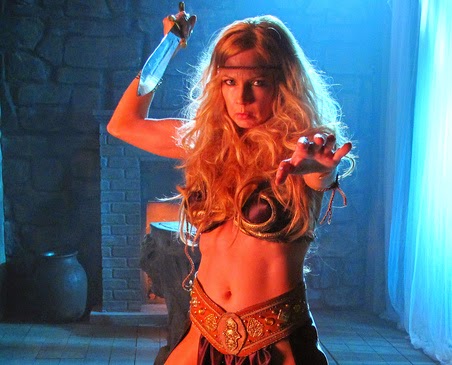 If Sabato is a bit stiff in places, he's freaking Marlon Brando compared to Traci Lords as Dejah Thoris. In appearance, she's neither brunette nor copper skinned, and I hate to say this - she looks old. Don't get me wrong, not yet fifty, Traci Lords is a beautiful woman, but she looks a bit too world weary and aged for this part. And her acting... wow, it's just not good, it would be bad for a grade school stage play. She's been better in other things, but here... let's just say Traci Lords is no Dejah Thoris.

I have to admit to digging this flick, and unlike a lot of what The Asylum churns out, it's actually pretty good. Granted, it's neither the film John Carter nor the book "A Princess of Mars," but it does what it does well. If you're a fan, check it out.