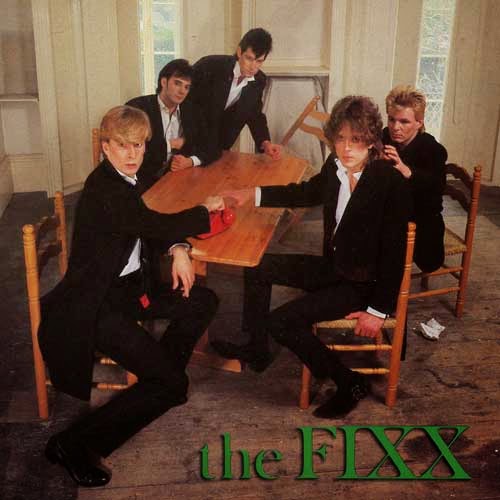 "Stand or Fall" by The Fixx

One of my first memories of MTV was this video. I never saw the music video channel until about a year or so after it had first hit the air, and was in college at a friend's house, who not only had a Nintendo Entertainment System with the amazing for the time Donkey Kong home video game, but also cable with a projection TV in the basement.

"Stand or Fall" by The Fixx was the video that was on when I first came down into that basement, and as I recall, I saw it again later that afternoon as well. It wasn't a matter of it being popular at the moment, it was that the channel didn't have all that many videos yet. This was also around the time that Michael Jackson was making a stink about no videos by black artists on the channel, and something called "Billie Jean" was also starting to get airplay. I saw that one that afternoon as well.

Around this time however, The Fixx was very hot, follow up singles "Red Skies" from Shuttered Room, and from the next album Reach the Beach, there was "Saved by Zero" and "One Thing Leads to Another." Their videos were played on MTV in heavy rotation and for the non-cable users, "Video Rock," ad nauseum.

Led by Cy Curnin, lead singer and primary songwriter who has a solo career as well as participation in other musical projects, The Fixx continues to perform and record today.