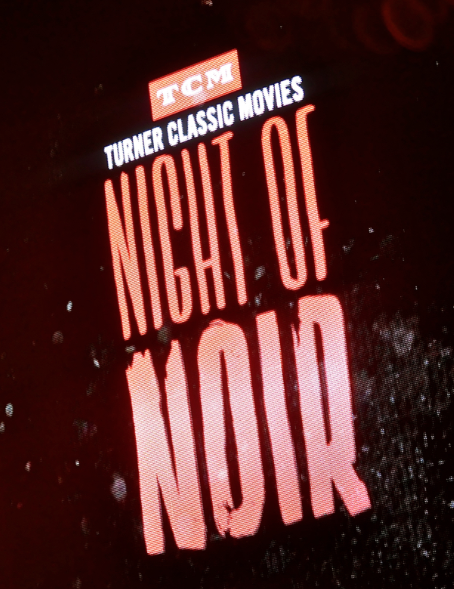 One of the great features of the TCM Classic Cruise this year was the Night of Noir. Essentially it was just a big dress-up night with music, dancing, and culminating in the famous Disney Cruise trademarked fireworks at sea display. This being my first TCM Cruise, I wasn't really sure what to expect, and sadly did not prep for the party. I dressed nice, for sure, but no one was going to mistake me for an extra is The Big Sleep or Detour, if you get my drift.

The Hot Sardines were awesome in an on-deck party that night. I only stayed for a few songs as I wanted to go to see John Barrymore's silent Dr. Jekyll & Mr. Hyde, which also had live music. They were a great jazz combo, and there were people dancing on top of the pool It's a Wonderful Life style. And the best part was the costumes. 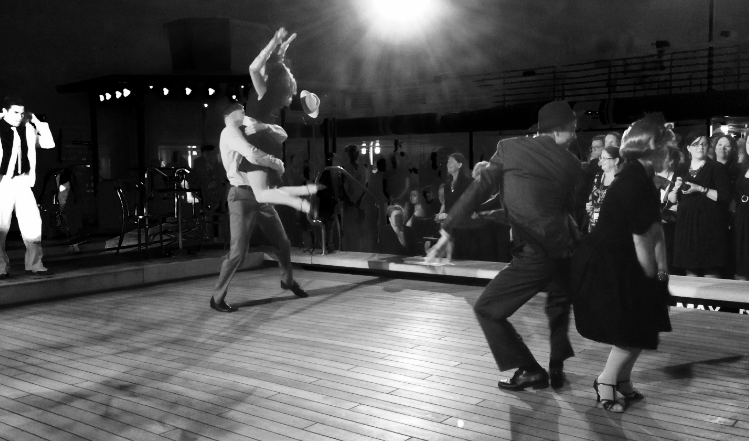 That's right, cosplay on the TCM Cruise - who would have thunk it? The idea was to dress as your favorite film noir character, and folks who knew much better than me went all out. A couple of our fish extender friends came as 1920s beach men. There were many private dicks and molls, and there was even a gender bending Groucho Marx and Margaret Dumont on the dance floor. Great stuff. Next time, we're definitely bringing costumes.