This was a dream come true, and the best birthday gift I think I've ever gotten, but for my fiftieth, The Bride got us tickets on the TCM Cruise, and as if that wasn't cool enough, it was a chartered cruise on board the newly renovated Disney Magic. My favorite thing, movies, on my happy place, the Disney Cruise - this was heaven.

At this point I'm going to tell you about the guests and the movie schedule, but as I've said before on The GAR! Podcast, it could be anyone or anything, I was already happy. The first and foremost guests were the two main Turner Classic Movies hosts, Robert Osborne and Ben Mankiewicz. These two guys are the best, and crazy cool authorities on everything cinema, amazing founts of movie knowledge. I'll let you in on a secret, sometimes I just tune in for their intros and outros of movies, and skip the movies themselves. 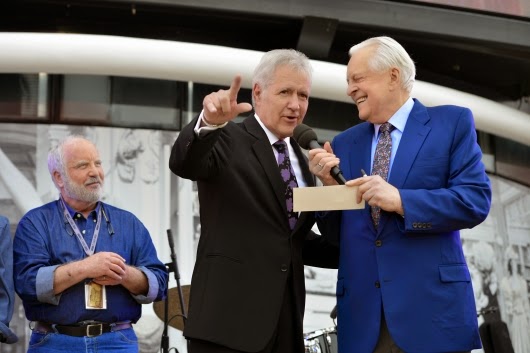 The first star sighting was as we waited to board the ship at Port Canaveral. We saw Richard Dreyfuss arrive, and go right on board. All smiles, he laughed and waved, friendly to a fault. Later as I walked around the ship waiting for the launch party, I spied Alex Trebek. He was the polar opposite of Dreyfuss, looking as if someone had crapped in his Cheerios and he was about to bite someone's head off. I'd been told his trivia events were a lot of fun, but at first sight, I second thoughts about attending. 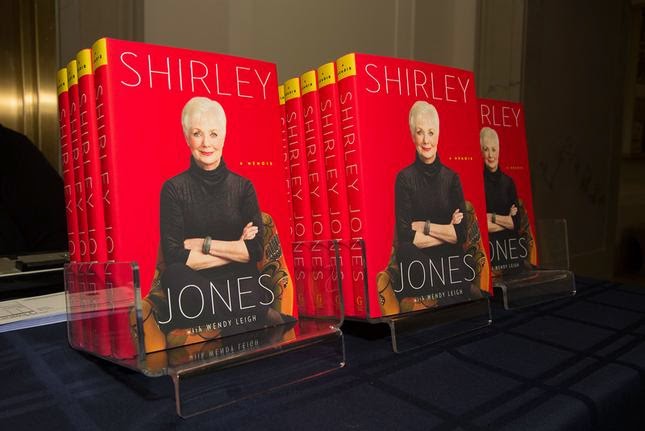 My third star sighting was the lovely Shirley Jones, all eighty years of her. She was even more exuberant and friendly than Dreyfuss. Smiling, greeting fans, and wow, stunning. There is surely a painting in her attic because she looked fantastic, not a day over twenty-five. Later than day she was interviewed by Ben Mankiewicz in the huge Walt Disney Theatre, happily telling tales of behind the scenes of her movies, her TV work, and even her sex life (buy the book).

As the week went on, and I began to get the vibe of how things work, it became apparent that this was more TCM Cruise than Disney Cruise. People were friendlier, if you can believe that. Granted, everyone is happy and friendly on the Disney Cruise as you all have something in common, here, that thing in common is super-focused, making for a tighter sense of community. Everyone says hi and asks how you are, and especially what are you seeing next. 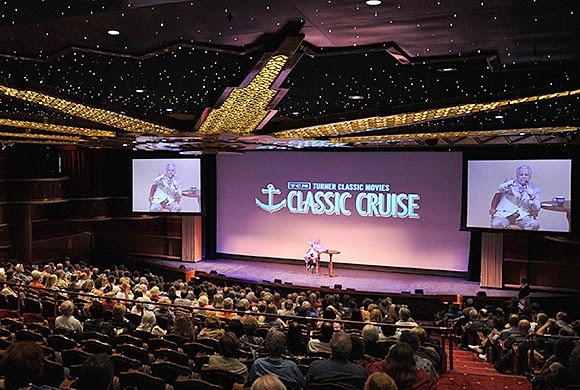 The movies are phenomenal, and constant, playing in three venues, sometimes more. Add in events, interviews, and just plain old regular cruise stuff, and there can seriously be too much to see. There will be sacrifices, you will be disappointed in what you miss, but what you see… that will rock your world. It's more than seeing a favorite film on the big screen, it's having it introduced live, and sometimes by the stars of the film… wow, just wow.

Imagine seeing The Music Man and Elmer Gantry with Shirley Jones, Jaws and Mr. Holland's Opus with Richard Dreyfuss, The Sea Hawk with Errol Flynn's daughter, and John Barrymore in Dr. Jekyll & Mr. Hyde and Buster Keaton in The Navigator with a live orchestra providing the soundtrack. Imagine seeing The African Queen on the big screen then going outside to see the real African Queen. Yeah, that's how it is. Awesome. Best. Birthday. Ever.