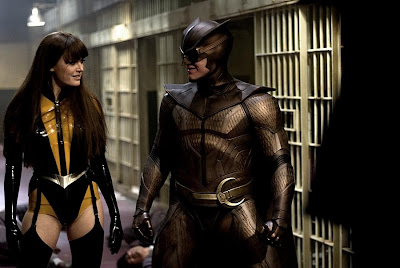 The second trailer to the Watchmen film is now available.

This time we get to hear the voices of the characters, the infamous opening sequence, and closer looks at the Owlship and Rorshach's inkblot-morphing mask, all set to a Philip Glass-like score. 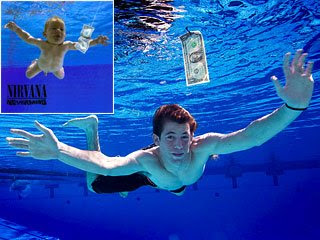 "Nevermind," the album by Nirvana that changed everything back in 1990 has now officially become nostalgia, I suppose. The baby featured on the album cover is now eighteen years old. Wow.

I feel terribly, terribly old now. I was twenty-eight when "Nevermind" came out and changed music and pop culture, and nastily put the wooden stake into the back of hair bands and bubble gum (at least for a little while), and brought grunge and alternative music into the limelight.

Despite nearly two decades passing, "Nevermind" remains just as crisp and innovative now as it did when I first heard it. Clearly it's in the realm of a "Sgt. Pepper" or a "Pet Sounds" or "Tapestry" and not just a trendy flash in the pan.

I feel even older when I think about the fact that twenty-eight is usually the age when folks give up on new music and settle into oldies mode. Luckily, or unluckily, I didn't. Hmmm... maybe that's why I feel so old now...
Posted by Unknown at Thursday, November 20, 2008 No comments: 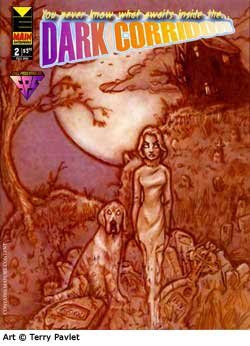 Available at last is the second isue of this popular magazine of horror, fantasy and suspense fiction and illustration.

Also our new review section, "Den of the Dark," begins this issue - featuring a review of Kim Richards' "Death Masks."

Get your copy now.
Posted by Unknown at Thursday, November 20, 2008 No comments: 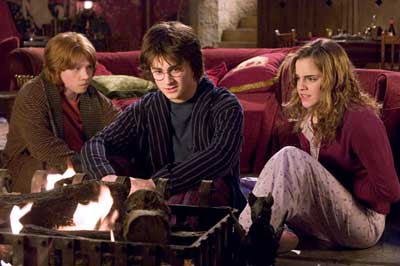 Harry Potter and the Half-Blood Prince is coming to theatres in July.

Check out the new trailer here.
Posted by Unknown at Wednesday, November 19, 2008 No comments:

Eighty years ago, on November 18th, one of the world's major cartoon icons was born - Mickey Mouse!

The cartoon short, "Steamboat Willie," was released theatrically on this day and was notable for being the first syncronized sound cartoon.

The creation of animation genius Walt Disney as well as a few of his friends, Mickey has gone on to worldwide fame. Surely there are not many in this world who don't know the Mouse.

More info can be found here.

The new Star Trek trailer is now online. You can see it here.

Curiouser and curiouser. Was Kirk blond? And did he and Uhura hook up back in the early days? And why would he trash a perfectly good (and probably a valuable antique as well) Corvette like that? Other than that, the spx look pretty awesome. Time will tell.
Posted by Unknown at Tuesday, November 18, 2008 2 comments: The third straight-to-DVD "Futurama" flick, Bender's Game, is a true mixed bag. It could have been one of the more hilarious half-hour episodes but they stretched it to feature length making it for the most part insufferable.

It begins with clever parody of Dungeons & Dragons, the current oil crisis and quite possibly a little bit of Sarah Palin thrown in for good measure, and then turns to mush. Most of the second part of this one is an adventure taking place in a D&D-like world satirizing Lord of the Rings, and doing it badly.

This DVD doesn't even have any fun extras that could possibly make up for the lack of quality in the actual feature. In my opinion, more Hypnotoad, both figuratively and literally, could have helped this package quite a bit. I recommend you skip this one, wait for it to show up on basic cable, and hope for the final "Futurama" feature to improve on this downward spiral.
Posted by Unknown at Friday, November 07, 2008 No comments: 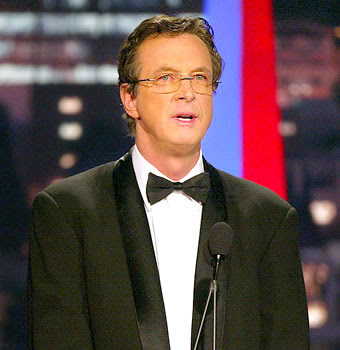 We've lost one of the great ones.

Michael Crichton, perhaps one of the greatest writers of the late twentieth century, author of "The Andromeda Strain," "Jurassic Park" and "The Great Train Robbery" among many others and the creator of "ER," died unexpectedly this week after a private battle with cancer.

The man will be missed.
Posted by Unknown at Wednesday, November 05, 2008 No comments: