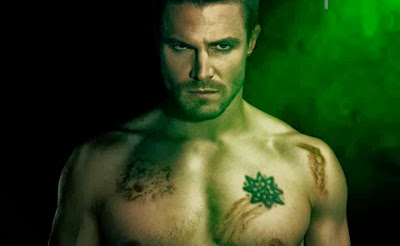 Before I start with the review proper, I wanted to mention what an amazing and tireless promoter and marketer of the show that star Stephen Amell is. If you're looking for behind the scenes nuggets and goodies, insights and motivations, and especially what's to come, you really should be following him on Facebook and Twitter. Just a tip, folks.

Last episode we had one hell of a cliffhanger. Our as yet unofficially named hero was visiting Laurel, who has developed a serious hate for him, at the police station. She doesn't want to see him, so when he tries to pull his usual lights out getaway, he is set upon by cops. As they move in, Oliver is covered with red laser targeting sights. Cue credits. How will our hero get out of this one? 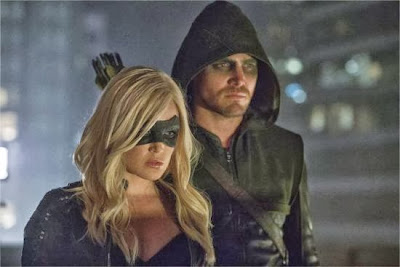 Shocker! How does he get away? A black leather clad blonde in a mask who moves just as fast, if not faster, as our ambushed archer, comes to his rescue. She smashes in through a window, disorients the cops with some sort of sonic device, then leads him outside to safety. Remember how I said sometimes the TV continuity is different from the comics? Well, whoever this Black Canary is, she ain't Laurel... Thea, maybe? Hell, with the reveal this episode that Laurel's father's middle name is Larry, maybe the Canary is Mom? 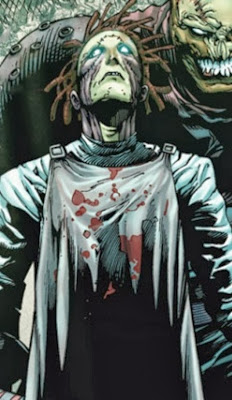 This episode's villain of the week is an intriguing one. The Dollmaker is another Batman foe, who many will recognize as the maniac who recently butchered, or caused the Joker to butcher, his own face. I don't know the facts as I don't like the more grisly Batman comics of the last two years. If I want a horror comic, I'll buy a horror comic, not Batman. Just my two cents. Oddly enough, the villain's origins may go back the old "Super Friends" cartoons where his more family friendly modus operandi was more similar the the Toyman, only with dolls.

The Dollmaker of the "Arrow" universe is more like the horror villain however. There's no face cutting but he does make his victims like dolls. Same name, similar past, Barton Mathis is a serial killer who had messed with Quentin Lance earlier in his career, much like he has done with the young James Gordon in the comics. The most disturbing thing is that The Undertaking that leveled most of The Glades also broke open Iron Heights. The police are keeping that fact a secret, even from their own, like Lance. The Dollmaker is one of the escapees. Gee, I wonder who else got out...? 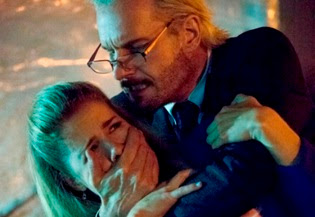 Forbidden to interfere, Quentin turns to our emerald archer for help with the Dollmaker. His demotion has made him, like Oliver, try another way. Do we have the start of a Gordon/Batman relationship here? If it wasn't so convenient, I would like the idea. Speaking of new alliances, the former Hood is looking to Roy as almost a snitch, maybe an assistant. How mant steps up is sidekick?

Quentin Lance and Oliver make an interesting dynamic duo themselves as they hunt the Dollmaker. I'd rather see Oliver working with Diggle or Roy. I just wonder how the two of them can be so close without Quentin getting a look at Oliver's face. And isn't it dangerous him knowing that Felicity works for the Hood? And isn't it silly Felicity continuing to make herself a target. Perhaps she has a death wish? 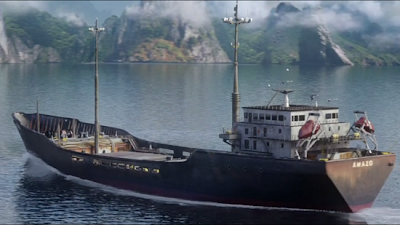 The island flashbacks continue. Deathstroke is still there. Shado is still there. But not much else is going on. Knowing who these two are in the present day DC Comics universe, I really want to see what has become of them now, and when will the Hood meet Shado and Deathstroke in the here and now? The mother of Green Arrow's son, and one of his deadliest opponents are just too juicy to ignore. Unless... Shado is the Black Canary? The island might be getting interesting now however, but only because Oliver's leaving it. On a boat called Amazo!?! 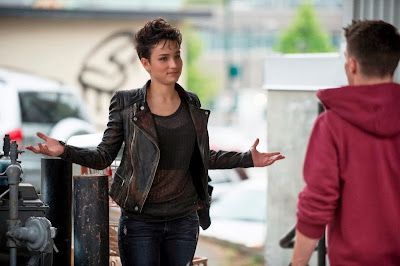 Speak of the devil, Roy's search for the Black Canary leads him to a girl named Sin. For those following the Arrow digital comic, we know that Sin is the Canary's sidekick, and was once being groomed to become the next Lady Shiva. This is important because in theory, the digital comic is supposed to be in continuity with the TV show. Are Lady Shiva and the League of Assassins lurking in the background here? There's an awful lot of Bat in my Arrow lately. Also I liked that Roy's chasing Sin led to a watchtower, The Watchtower being the headquarters of the Birds of Prey, and the Justice League, of which both had the Black Canary as a major player. 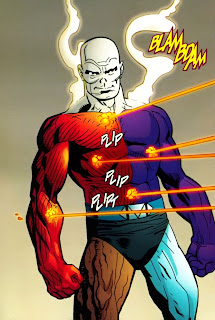 Other namedrops this episode include channel 52, that number being so important, for multiple reasons too numerous and complicated to explain, to the DC Comics universe, and the Metamorpho Chemical Company, Metamorpho being the freakish superhero who can change his form into various chemicals and elements. We're getting Black Canary and the Flash… why not Metamorpho too? 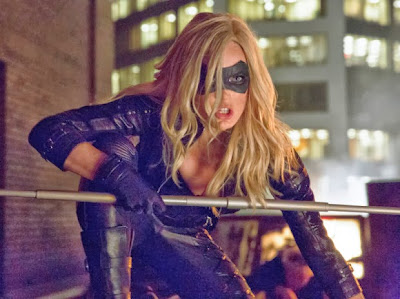 So who is the Black Canary? The closing may offer more questions than answers. A man dressed as the Dark Archer meets with her, but we find it's not Malcolm Merlyn, but an emissary of Ras al Ghul. What did I say about too much Bat in my Arrow? Comics readers will remember that not only does Ras lead the League of Assassins, but that Merlyn the Magician was one of his operatives. This Black Canary kills the emissary, just as she did the Dollmaker earlier in the episode. Who is this woman??