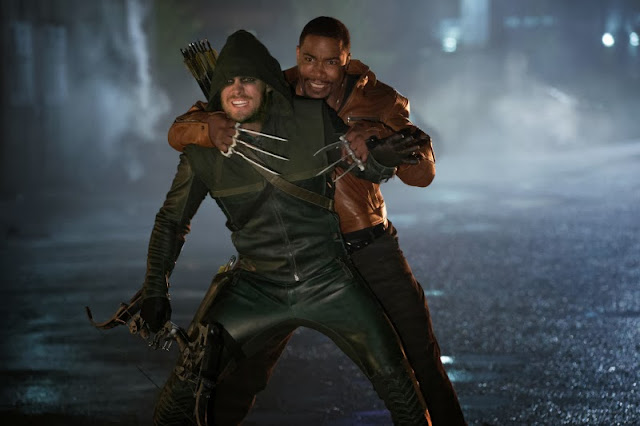 The winds of change from the last episode sweep in in the first seconds of this one, as Oliver Queen's opening narrative has changed. No longer a killer, striving to be a hero, yet still unnamed, even without a name (Oliver swore off The Hood monicker last time), this is a change for the better.

Our secondary opening has Roy Harper, in his red hoodie, driving a red car (nice, but when's he going to get a red costume and red arrows?), trying to save a FEMA truck from China White. He's really not good at this vigilante stuff, Roy should get a... mentor, or something... 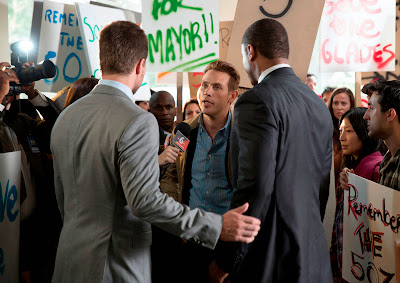 Laurel questions him once he gets hauled to the police station. She seems to have developed her father's fixation on capturing The Hood, at all costs. She also scoffs at Roy's mention of a certain Black Canary-like vigilante. If "Smallville" has taught us fanboys anything, it's that the rules change in the jump from comics to TV. While I doubt it, there is a chance that Laurel Lance is not the Black Canary.

Maybe he's not Brother Blood yet, as I posited last time, but Alderman Sebastian Blood, defender of The Glades, certainly is a thorn in Oliver's side. Perhaps this will lead to our hero running for mayor as he did in the comics? 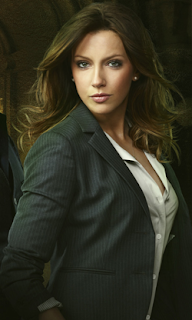 Green arrows, red arrows, black canaries, and brothers blood, that's all good, but that's not the big comics surprise in this episode. That would be the Bronze Tiger, played by Michael Jai White ("Black Dynamite" and Spawn). Here, he's China White's new partner, but in the comics, he was a member of the League of Assassins, and served in the Suicide Squad, ironically alongside Deadshot and Count Vertigo. More Wolverine than Bronze Tiger, he's still bad ass.

There were many things I didn't like. Laurel is annoying in hunter mode. If she is the Black Canary, I hope she's not mining this personality. Thea is not making a believable grown-up, no matter how adult her dresses are. And I prefer Felicity as nerd girl rather than pretty whiner. Is she shopping at the same fashion designer as Thea? 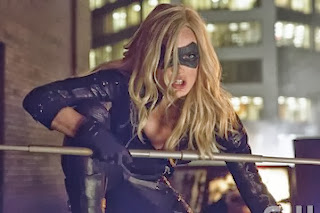 There was a nice namedrop for writer Jeff Lemire this episode. I also loved the use of the first trick arrows - the electric arrow and the handcuff arrow. Can the Arrowcar and the boxing glove arrow be far behind? Next week, we get the resolution to our juicy cliffhanger, the Dollmaker, and the Canary uncaged...