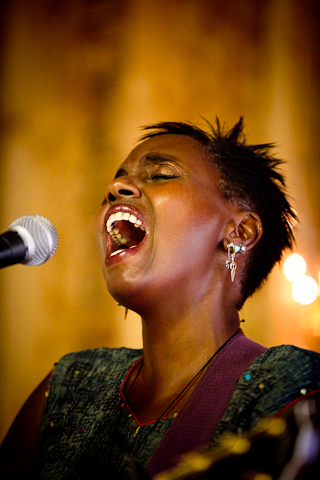 Today on the Robin Renee Blog Tour, guest blogger Fran Metzman interviews our guest of honor Robin Renee on her inspirations, influences, and creative process. Take it away, Fran.

Fran Metzman: What inspires you?

Robin Renee: I am inspired by so many things – Every time I am asked this question, it feels entirely new. The strange rituals and pitfalls and triumphs of human interaction fascinate me, and make for good things to learn from and write about. Artists who show us the deep and sometimes bizarre bits of their minds inspire me (Salvador Dalí and Gary Wilson come to mind). People like that show me how it’s always possible to dig deeper and to talk about what’s real, what’s primal. I am inspired by dancing, costumes, laughter, and people who allow fun and joy to move through them without reservation. I am completely in love with the ocean. I strive to be my best self, so anyone I see who is pushing their own boundaries through what may be scary in order to get to something stronger and more powerful on the other side –they are inspirations to me all the time.

Fran Metzman: What instruments do you play, what are your favorites, and why?

Robin Renee: I play guitar, harmonium, piano and keyboards, and I kind of fake it on percussion at times. It is hard to say what a favorite instrument is, because in a sense, the best instrument is the one you need to make the sound for a song in that particular moment. Nothing has that amazing drone quite like a harmonium. So many sounds can come from a guitar – harmonic, percussive… All that said, I seem to have a very deep resonance with the piano. It is my first instrument, which may be why playing piano is so close to my heart. I am also a huge fan of electronic music, and I love the sounds that synths can make. I most often play guitar when I am performing out and about these days. The guitar is a more portable instrument, which is why I think I began to favor it, but lately I’ve had to wonder why I don’t spend more time playing and developing songs on keys. See response #1 re: pushing through boundaries and fears, perhaps. I predict more keyboard sounds in my future. Fran Metzman: How do the various instruments enhance your music?

Robin Renee: I am not sure what you mean here, actually. There are some general things I could talk about. Harmonium gives a sense of Om – of well-being, acoustic guitar might invite tunefulness or singability – but I think you’d have to ask me about a specific song you’re curious about and I could talk about the roles of each instrument in it. What musical instruments do in any given moment isn’t really a static thing.

Fran Metzman: How many ways do you arrange a song before deciding on a final draft?

Robin Renee: There are no rules. I think sometimes it’s more about an incubation period where I can tell a song just doesn’t have the right melody or lyrics yet. When that happens, sometimes the thing to do is to sit down and work on it, but often enough it is more productive to let it float around in the back of my mind and when the missing pieces show up, I’ll know. During that time, the song needs to exist in the “I’m letting you percolate” zone rather than the “I’m avoiding you” zone. I’m getting better at keeping them in the former and not the latter.

Fran Metzman: Take us through your songwriting process, from start to finish, how do you do it? 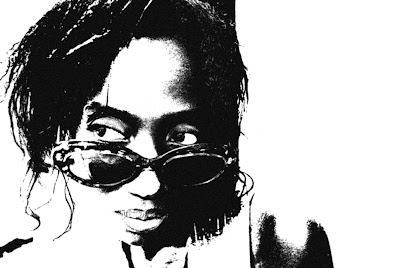 Robin Renee: Again, there’s never really one way that this happens. Sometimes I am walking or driving and I’ll hear a trail of a piece of music that just sparks me to want to write. I might have a conversation with someone and a phrase will come out that screams “lyric.” Sometimes it doesn’t come from any prompt I can discern. When that spark happens, however it happens, it usually is like a few words, often with a melody, that show up very suddenly. I scribble it down or record a voice memo on my phone, or whatever, as soon as I can.

It might just go into a virtual pile of ideas for another time, but if there’s something pressing about it, I will take what I have and do some purposeful work on it. I like to write lyrics with an actual pen and paper- There is something about the tactile nature of it that seems to connect more readily to the creation of solid lines and meter. I may sit with pen and paper and guitar and just work freeform until the basics are there. Once the basic idea for verses and the structure of the song is there, it is less about the initial inspiration and more about the craft of writing. I’ll think logically about things like the progression of a story or where certain sounds will have the most impact. 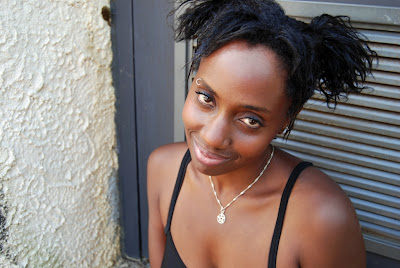 A lot of the real formation of my songs happens in the recording. I will sometimes have some pretty strong ideas of what the full production should sound like, but it isn’t until I start adding sounds that what is really needed starts to reveal itself. At that point, when we’re adding voices, samples, and other sounds, it feels like sculpting.

Fran Metzman: How does kirtan influence your pop music and vice versa?

Robin Renee: Kirtan, has influenced me overall because of its effect on the mind and mental/emotional health. Like silent meditation, I think, it changes the brain and consciousness in positive ways. In regard to how my pop music has influenced the kirtan – pop, rock, and folk rock form the basis of how I play. So, I think it is natural that the kirtans that show up for me have those influences. I like that about the way kirtan is developing. The backgrounds and influences of kirtan artists can be very evident, so if you groove on rock, jazz, raga, simple melodies, or complex orchestrations, there are probably some kirtan sounds somewhere that will be a way into the experience for you.

How kirtan has influenced my pop music: It basically “insisted” on being part of it! There are a couple of songs like “I’m Coming Down” and “Holy River” that really seemed to cry out for mantra. I like the sound that has emerged from the integration.

In another sense, kirtan has held back some of my pop music interest. There were several years when I was so consumed with mantra that I really wasn’t writing, per se. It feels to me that this was a natural response to a practice that can make the stories of life seem insignificant in relation to the whole, the drive toward Oneness. It has taken some time for me to discover where I am now and relearn how to present what I do. I think the media loves a simplistic story, and for a while it felt like adding this overtly spiritual piece to what I do made it more difficult to make a clear presentation about who I am. I’m glad to be figuring that out now. Writing has reemerged for me and I have discovered that my message was hidden within the challenge all along – It is to insist upon being all that I am. That is the singular intention and image, and my work stands for those who are taking on a similar journey.

Fran Metzman: Where do you see yourself in the future musically?

Robin Renee: I don’t want to predict too far into the future, but right now I am interested in electronica and ambient music. As I mentioned, I have always been big into synth sounds and sometimes haven’t reflected that in my own music as much as I would like. I hope to retain the kind of singer/songwriter craft that feels natural to me while bringing in more electronic sounds and see where that takes it. I’m very open to collaboration these days, so I am looking forward to finding out what’s next, too.

Thank you Fran, and Robin.

You can check out Fran's website here, and the Blog Tour continues tomorrow at the South Jersey Writers blog, Tall Tales and Short Stories from South Jersey.

Robin website can be found here, and you can purchase her music at CD Baby, ReverbNation, and iTunes.

Her new single "All I Am" is available at CD Baby, with proceeds going to the You Will Rise Project.