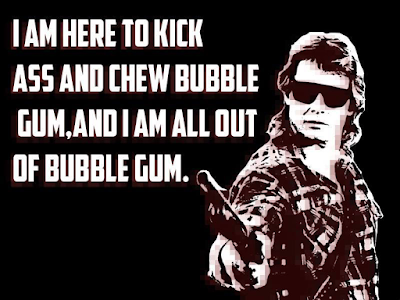 Friday we lost Roderick George Toombs to cardiac arrest at the age of 61. For much of his life however, and throughout his professional wrestling career, he was Rowdy Roddy Piper, frequently a villain and heel, but still beloved by audiences.

I know this is going to sound odd coming from the co-host of a podcast that is sometimes focused on wrestling, but I've never seen Rowdy Roddy Piper wrestle. What I have seen however is Roddy Piper act. And I'm not talking about Hell Comes to Frogtown, 'dance of the three snakes,' indeed! I'm talking about 1988's They Live. 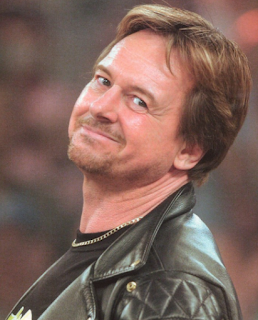 They Live was an amazingly cool scifi flick from James Carpenter (script, direction, and wonderfully contagious score) with a surprisingly simple premise that could have been a rocking "Twilight Zone" episode. The people who run the world, the upper class, are all aliens who keep the humans down. And only special sunglasses allow humans to see who's who. Piper's character gets hold of a pair of these glasses and hilarity ensues.

In They Live, Roddy Piper plays a nameless drifter of few words who carries the movie, the story, and his character almost completely with facial expressions, gestures, and now legendary catchphrases. It is an acting tour de force inside a simple scifi action flick.

And the seemingly endless street fight scene (some offensive language, below) between Piper and Keith David to get to latter to put on a pair of those magic sunglasses... that's just pure brilliance, and that's what I'll remember Roddy Piper for. I'll miss you, man.