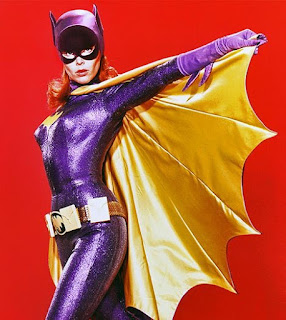 Actress Yvonne Craig, TV's Batgirl, has passed away at the age of 78 after a battle with breast cancer. This was not the kind of news I wanted to wake to a morning earlier this week, or any morning. 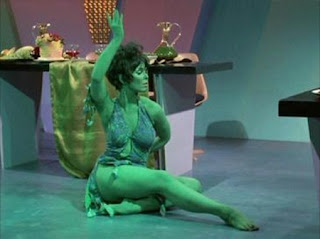 For many of us, boy and girl, Yvonne Craig's Batgirl was our first crush. It was never a matter of Ginger or Mary Ann, it was Batgirl or Julie Newmar's Catwoman. Hell, even today, those two women might very well be responsible for my predilection for redheads. Seeing her with Elvis in Kissin' Cousins, and later as the green-skinned slave girl from Orion on "Star Trek," cemented that crush for myself, and thousands of others. 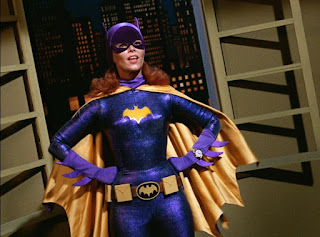 As Batgirl on the 1960s "Batman" TV series, she was the original super-heroine role model - before Wonder Woman, before the Bionic Woman, or Electra Woman and Dyna Girl, and definitely before the Black Widow, Yvonne was kicking butt and taking names and even had her own theme song, debatably cooler than Batman's. And although there was a Bat-Girl in the comics in the 1950s, the character of Barbara Gordon as the new Batgirl was launched almost simultaneously with the TV version, many times taking her cues from Yvonne Craig's portrayal.

I met Ms. Craig once, for just a moment at a convention years ago. She still looked great, was sweet and tolerant of my gushing, and was funny and ironic. Unlike many stars folks meet at cons, she was a delight, and she will be missed.