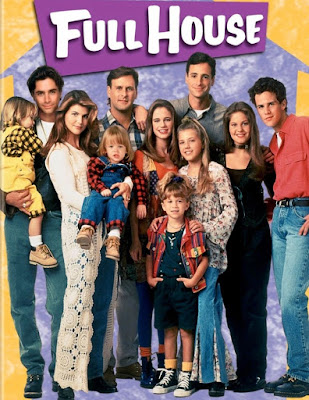 Full disclosure up front here, I don't think I've ever seen an entire episode of "Full House." The Bride was/is a fan, so a full episode may have been on while I was in the same room, but... it just was never my thing. I just wasn't watching all that much TV in the late 80s and early 90s, especially sitcoms.

I was aware of the show however. How could I not be, right? It was huge, even before the Olsen twins exploded. And I knew John Stamos, from "General Hospital" of course. But to me, it just seemed like another innocuous sitcom. I like sitcoms, don't get me wrong, but not the unsurprising formula ones like this - or so I've heard. 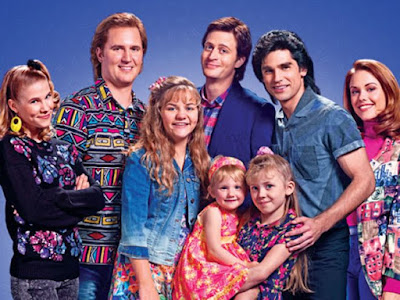 After the success of the 'unauthorized' treatment of "Saved by the Bell" by Lifetime, it seems as if this type of production will be appearing more often on the network. What's really frightening about this one is that every actor seems to be doing really bad and over the top impressions of the celebrities. But then again, earlier unauthorizeds for "Three's Company" and "The Partridge Family," among others, have done much the same. 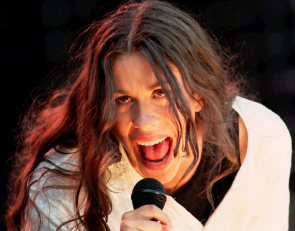 Here's the thing though, "Full House" has something special other previous unauthorizeds did not - a unified cast currently working together on a new version of the show to comment on this movie. The cast is presently working on the new Netflix update of the show, "Fuller House." They expressed mostly disdain and disappointment. Having watched it, I'd have to agree.

So where was Alanis Morissette? Wasn't "You Oughta Know" about Dave Coulier? If there's one story from behind the scenes at "Full House" that needs to be told it's that one...