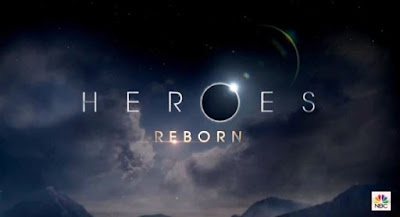 So many television series are returning from the dead, "Twin Peaks" and "The X-Files" are probably the most high profile of them, but there are others out there, like the inexplicable "Coach," and one that should have been given a better chance, one that was mishandled and ruined by the powers-that-be... I'm talking about "Heroes." 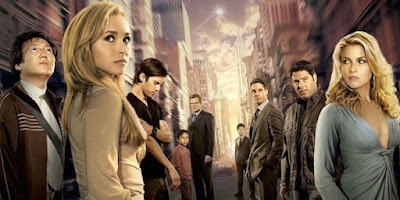 I loved "Heroes," and so did everyone else, for the first season at least, and then it lost its way. Personally I blame Jeph Loeb, who similarly ruined the Marvel Animated Universe. I made some too-little-too-late suggestions hoping to save "Heroes," but the writing was on the wall, the show was doomed. Now it's getting a second chance. Perhaps the bad taste of the second and third seasons have been washed away, and that old magic is possible again. 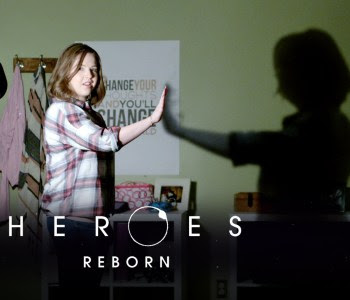 "Heroes Reborn" begins five years after the start of the original series, with a special series of webisodes called "Dark Matters." This is really only fitting as the show was one of the first to be actively interactive with other media, why not ease us back into the "Heroes" universe in this way, right?

If you haven't watched yet, be warned, spoilers ahead.

Reconnecting the audience with elements that did work from the first season we meet Phoebe Frady (Canadian actress Aislinn Paul), who can 'steal light' and manipulate shadows. Like the Cheerleader, she documents her power discovery on YouTube. Unfortunately we are now in a world well aware of powers. Super-powered individuals, or EVOs, are watched carefully and discriminated against.

If you're feeling the heavy Civil War and X-Men vibe, you are not alone and it's probably on purpose to cash in. Substitute mutant or superhero for EVO, and you've got Days of Future Past and/or the Superhuman Registration Act all over again. It's pretty blatant, and as cool and engaging as Phoebe's story is, the shadow of the unoriginality of her world covers it up. 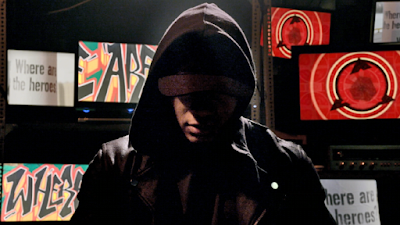 Phoebe is spurred on to show her powers by the HeroTruther, whose YouTube rants not only update the viewers on the new world status quo, but encourage those EVOs who have gone underground to show themselves. As we follow Phoebe's journey of discovery and she learns to use her powers, we learn that EVOs are being put in camps and sterilized in Russia and China, and that here in the States, some companies only hire 'humans.' 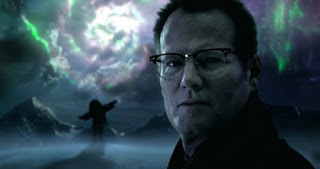 Phoebe's disappearance and reappearance in Odessa TX, at a EVO terrorist attack that destroys the city, kicks her brother into action investigating her apparent death. As it turns out, the attack was blamed on Mohinder Suresh, and the PrimaTech Paper Company now called Renautas is behind it all. HeroTruther is similarly revealed as an old friend. The story continues in "Heroes Reborn."

"Dark Matters" is available on YouTube and OnDemand, and "Heroes Reborn" premieres on NBC September 24, 2015. I'm giving it a second chance, are you?