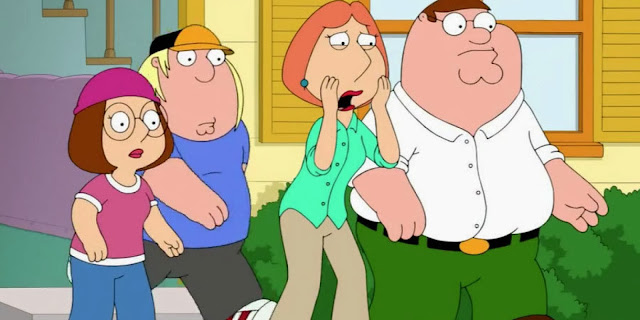 The Great Gazoo. Cousin Oliver. A new class of students like on "Fame" or "Glee" or "DeGrassi." The consummation of a relationship like Dave and Maddie, Master and Jeannie, Lois and Clark. Or Carrie getting pregnant on "Homeland." It's called 'jumping the shark,' as in when Fonzie waterskied over a shark on "Happy Days."

The phrase references when a TV series has hit its pinnacle and is on it's sharp sometimes fast decline down. It's the moment of a sudden drop in quality, rationality, and popularity. It can even be defined as an act of desperation by the powers that be to 'save' or 'freshen' the series. 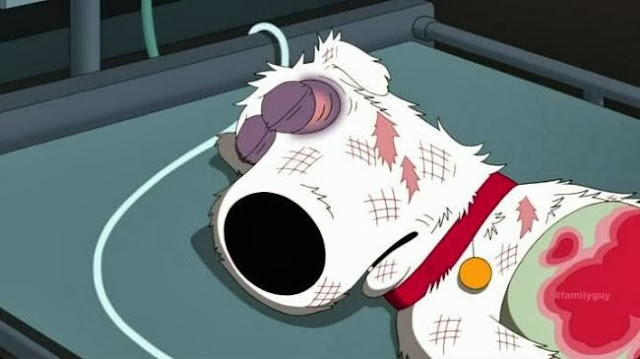 Get them married, get them pregnant, adopt a kid, change locale, or kill a major character. All acts of desperation. And sometimes sabotage, when the creators are tired of the same old crap week after week. Could this be what happened on "Family Guy" Sunday night?

Brian, Brian Griffin, died the other night. Brian the family dog who walks erect and talks, has conversations with, is apparently the only one who hears baby Stewie's dialogue, and is notably the only rational thinking character on the animated show, was run over by a car and died in the vet's office surrounded by the Griffins.

It is worth mentioning that creator Seth MacFarlane has very vocal with his feelings about "Family Guy" going on too long, being tired, and most good TV shows end after seven seasons ("Family Guy" is currently in its eleventh). Perhaps MacFarlane has thrown in a monkey wrench by killing beloved Brian in such a way. 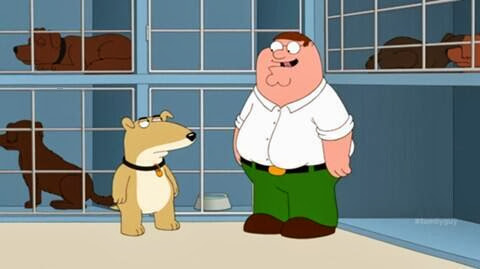 I feel that Seth is giving us all a big middle finger. He's almost saying, "You really still like this show? Well, now the dog's dead. How you like it now?" He even went so far as to replace Brian with a new dog character, just as likable but different, as if teasing the audience to see how much they can take before turning away. As the episode ended, I was left puzzled, waiting for the gag that never came. And perhaps that's MacFarlane's goal.

There are of course, tricks to this one. Stewie could always travel back in time and save Brian. Perhaps it's a long arc, or perhaps this will all be forgotten next week. Seth MacFarlane has never been one to shy away from exposing television clichés in that way. I guess we'll have to wait and see, if we're still watching, and McFarlane is still doing the show. Either way, I'll miss Brian.