Has The Walking Dead Lost Its Edge? 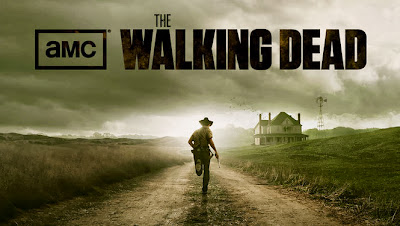 AMC's "The Walking Dead" is currently experiencing its highest ratings surge ever, beating even the NFL in some demographics, so why are some hardcore fans not happy? There are a lot of big fans who are still watching, but vocal about their dissatisfaction and disenchantment. What s going on?

Things certainly did heat up last night. Lots of zombie killing, characters' lives at risk, Rick being a man for the first time in a long time, Carl being even more so, and of course, the return of The Governor. Will that be enough to realign old fans? Maybe, maybe not. I think the problem goes just a bit deeper. 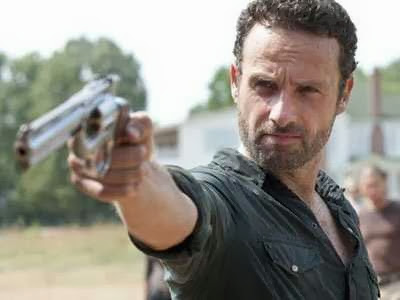 I think the problem is Rick Grimes, played by Brit Andrew Lincoln. He's become not just a farmer, but a huge wuss. I think the powers that be may have forgotten that he is the protagonist of the show, he's the point of view character. One very big reason we don't really know how the zombie apocalypse happened is because he was in a coma when it happened. Rick Grimes is our guy. And when he was a badass, shooting zombies, and insisting he was still the law - we loved him. Now, not so much.

This may also be why so many people have become attracted to Daryl Dixon, played by the offscreen sexy Norman Reedus. It not just the ladies and gentlemen digging his down home sex appeal, it's because he's a badass, in Rick's absence. If you have zombies, someone's gotta be killing 'em, and Daryl is doing more than his share. But still, he is a flawed hero. Not because of his racist brother, or his emotional distance either - it's because he's not our point of view protagonist. We've never been in his head, never suffered or triumphed through him. 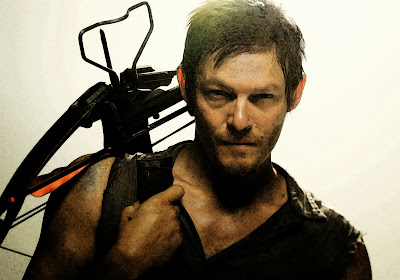 This dynamic is also why it was okay for Carl to shoot an innocent. As viewers we were happy someone in the family was showing some stones, standing up for himself and the others - even if he was wrong. Carol has stood up for herself in recent episodes, and Rick banished her. Not a good move.

Rick did it for himself, not the group. It is a small distinction, but an important one. Had he done it for the group, it would have been a step back toward being the leader, being a man, being the bad ass hero that we want back. Doing it for himself is selfish and whiny. And getting rid of Carol is not a wise move to begin with. Here is a character who has evolved from whiny battered wife herself to a strong leader. Is Rick sending her away because he fears that reverse evolution in himself? Is he sending himself away? 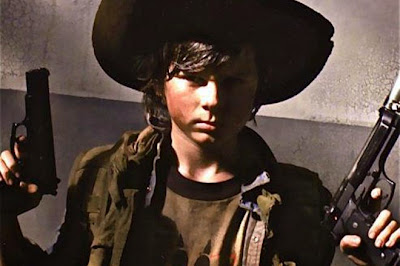 Let's hope Carol isn't gone for good, and let's hope that Rick straightens out. Rick can be the embattled tragic hero, sure, but he's gotta strap his gun back on and raise hell with the walkers. It's the law. And yeah, maybe the return of The Governor might spice things up a bit, but let's be real, it ain't his show either.

And don't forget to check out the weekly "The Walking Dead" recaps of fellow writer Marie Gilbert at Biff Bam Pop!.