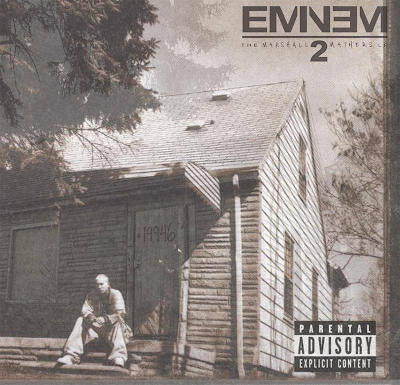 The big music news is the release this week of The Marshall Mathers LP 2 from Eminem. Previewed a bit on iTunes and on "Saturday Night Live" this past weekend, this looks like another winner. He keeps coming back, even when we've thought we've had enough of him. And I say that with love, because I'm a fan. Several songs stand out in the colossal twenty-one track endeavor, some that peek back into the happily diseased head of Slim Shady.

The sampling of classic rock tunes may drive some older listeners away. I know more than a few folks my age that not only dislike rap and hip hop, but completely lose their minds when rappers sample music of their youth. I say, deal with it, and listen to how it's been altered, re-imagined, and in same cases, improved. 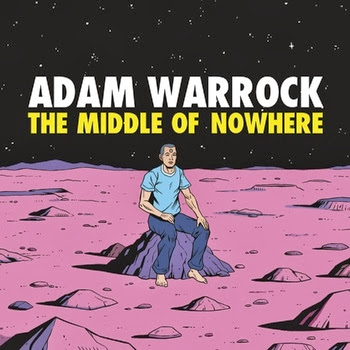 One of the songs in question, "Berzerk," takes on the groove of Billy Squier's "The Stroke" to splendid effect. Also grabbing the classic rock rift of "Time of the Season" by the Zombies is Shady's "Rhyme or Reason," one of the better rap mash-ups in recent years. I also dug "Headlights" featuring Nate Ruess, "Desperation" featuring Jamie N Commons, "Baby," and "Evil Twin." A viable and hard new release, welcome back.

Tuesday also saw the release of the new album from Adam WarRock, The Middle of Nowhere. I love me some nerdcore, and Adam WarRock is my favorite of the genre. While he is the king of the genre sound, he's also trying to break into more mainstream hip hop, but no matter how he tries, the nerd is still at the core, and I love it.

Tracks like "High School Reunion," "Internet Crush," and "Shoulda Beens" hit close to home in a essentially non-nerd way, but the real thrust here is comics as per usual (not that there's anything wrong with that). "Sinestrocore," "J.A.R.V.I.S.," and "B.S.F.X." fill the nerdcore void with flair and pizzazz, and Tribe One, MC Frontalot, and Schaffer the Darklord, among others, also drop by. Love this album, and can't wait for more. Check out Adam WarRock at his website, Twitter, and YouTube.

And then there's Skinn Jakkitt's self-titled album, including the song "Epiphany," seen below: