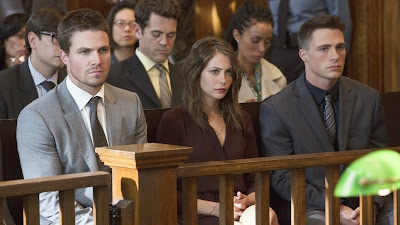 Might we have a misleading episode title here? I mean, what could be more exciting - a dry courtroom drama or the return of Count Vertigo? And don't forget Brother Blood and the League of Assassins are still lurking about. I guess we'll just have to wait and see what this one is about.

Six months ago, we witness The Undertaking from inside Iron Heights. We watch as The Count walks out, but first releasing the Dollmaker. I wonder how many other notable criminals got out the same way. We've seen what the Dollmaker was up to, now we find out what The Count has up his sleeve. Oh yeah, poisoning the city, and apparently Vertigo is the cure. And best of all for the comics folks out there, he has finally taken on the name, Count Vertigo. He also for the first time names our hero Arrow. 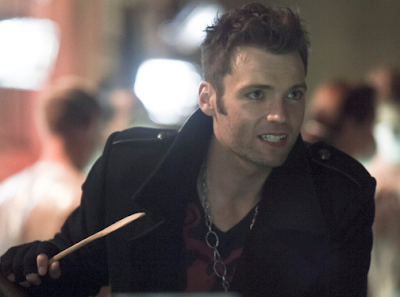 Actor Seth Gabel is taking the character further into Nicholson/Ledger Joker territory, he comes close to Mark Hamill's Trickster, but for the most part he is playing in bad over the top Black Scorpion super-villain mode. Yep, Overacting 101. However, The Count does indeed have an ace in the hole - he knows that Arrow no longer kills, and is using it against him.

There is a final duel between the two, with Felicity's life at stake (life or is it simply Vertigo addiction?). The Count has found out Oliver's secret identity, and admits to a higher up who set him up and sent him after Arrow to kill him. It works out the other way around, with The Count taking three arrows to the chest and falling several stories to his death. Looks like The Hood's killing career might not be over after all. 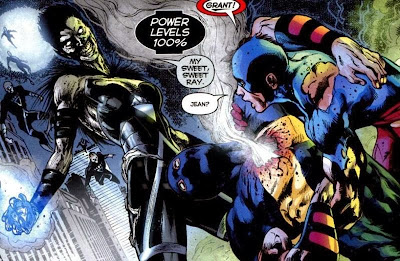 The trial of Moira Queen continues, with Jean Loring for the defense, and the Kate Spencer appointed Laurel for the prosecution. Yep, more comics references. As I've mentioned before, Jean is the mentally unbalanced love interest of the Atom, murderer of fellow Justice Leaguer the Elongated Man, and future host to god of chaos, Eclipso. Busy busy lady. Kate Spencer is of course the latest Manhunter.

I should also take back what I said about dry courtroom dramas in the opening of this review. Writer and showrunner Marc Guggenheim, besides being a comic book writer and lawyer, also worked on shows like "Law and Order," "Eli Stone," and "The Practice." This was anything but dry, especially when it leads to a not guilty verdict... the return of Malcolm Merlyn... and the revealation that Thea is his daughter! 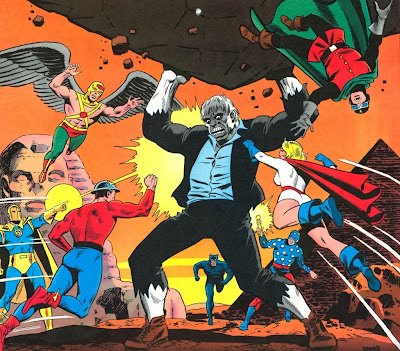 Other goodies this week include Brother Blood being the guy who hired Count Vertigo, more hijinks with Ivo as they return to the island, the possibility of the wounded Slade getting some of that super-soldier formula, and Blood telling the survivor of an experiment that he's ready after he says he's stronger. His name is Cyrus. Hmmm... the only DC Comics character I know named Cyrus who's strong is... Solomon Grundy...

Our other comic book references this week would be the news on Channel 52 talking about the new particle accelerator in Central City. It's no coincidence that next week's episode is called "The Scientist," and introduces Barry Allen. And is that Deathstroke... in the present? I think Oliver's life is about to change... in a flash...