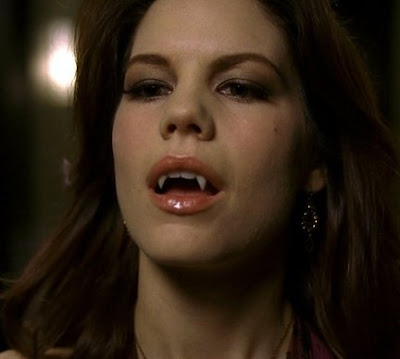 The "previously on True Blood" brought up that Sookie's cousin Hadley is with the Queen of Louisiana, which is something I have been waiting for them to remember. Can't wait to see where this little tidbit is going, because they did remember. It has interesting implications later when Eric tries to use Hadley later, and it promises to get even more interesting. And speaking of Sookie, our cliffhanger from last time has Lorena getting a taste before, ahem, Sookie makes her point. 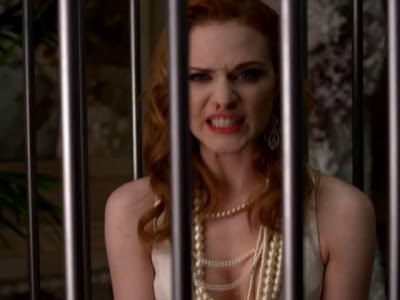 There's a tense scene with Alcide and Debbie while Sookie and Tar try to save Bill - a situation that reverses itself by the end of this episode, by the way. Great rescue and great intensity here, nice to have some action that lasts more than just a few seconds - no offense to vamp speed.

In Sam's little corner of Bon Temps, the brilliant concept of a champion dogfighter who is also a shapeshifter boggles the mind. Think about it - a dog with the strategic mind of a man fighting just a dog… a betting man could clean up. I have to say I am enjoying the Sam subplot now. It's a whole lot better now than when it was just Beverly Hillbillies comic relief. 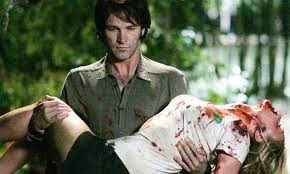 There are more interesting revelations, or should I say complications, when Sookie tries to revive Bill by giving him her blood. He eats it up, figuratively and literally. Unfortunately it nearly kills her, putting her into a coma in the hospital, where we find out she has no blood type. And that's not the end of the crazy stuff here either. She starts tripping and visits a fantasy world. And here I thought "Lost" was canceled. My guesses as to where she went are an afterlife of people killed by vampires, or perhaps she's really some kind of faerie? Hopefully we'll find out sooner rather than later. 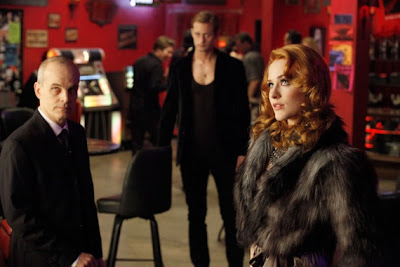 Nice to see, or is that nasty to see, that Russell Edgington take his rightful place as the true villain of the season. It is chilling to see him unofficially declare war on man and vampire alike, followed by of course, another ironic episode title song, this time "Hitting the Ground" by Gordon Gano and P.J. Harvey. Man, after last episode and this one, I am hooked on "True Blood" again.