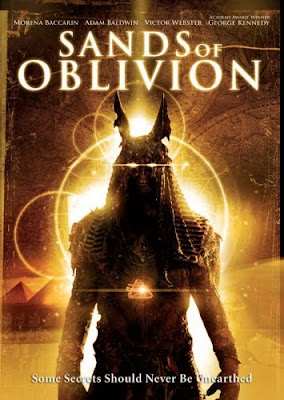 Sands of Oblivion ~ An interesting horror film. Dan Castellaneta, the voice of Homer Simpson, as Cecil De Mille is actually a great casting choice, unexpected and quite good. George Kennedy is also here, even though I thought he was dead, but I'm glad he's not as he brings his superior acting skills with him. Unfortunately neither of these men is in this much.

An ancient Egyptian relic is uncovered on the set of de Mille's 1923 The Ten Commandments, an undying evil is released, and hilarity ensues, fun fun fun. Apparently the shooting set was lost, and lost for a reason. Adam Baldwin is a bit wishy-washy here. Although I first saw him as Linderman in My Bodyguard, it's hard for me to see him these days as anything other than John Casey from "Chuck." Here he plays against type and I don't believe him for a second. 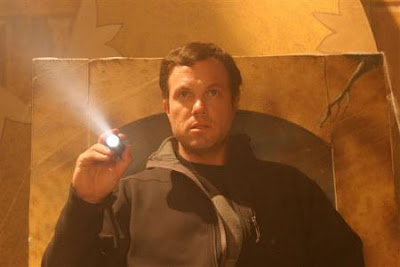 The monster is a rather frightening looking alligator-jawed Anubis, even though its size and shape varied wildly each time it appeared on screen. I know I watched this with the lights on, but it wasn't as scary as it could be. There were too many sequences with nothing happening and when it did happen, it was drug out. The dune buggy chase lasted forever.

This was a good old-fashioned horror movie, but would have been much better, if it was shorter and more consistent. Check it out if there's nothing else on.