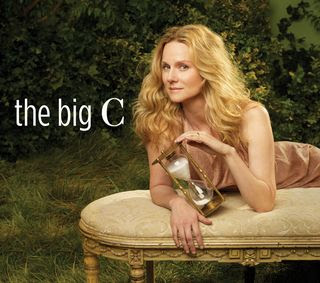 I like Laura Linney a lot. She's probably one of the best actresses working Hollywood these days, and I was pleased to see she'll be starring in her own Showtime series, "The Big C."

The show follows lead character Cathy Jamison, played by Linney, as she learns she has apparently terminal cancer, and how she determines to change her life because of it. She loosens her restraints and saying and doing whatever she likes. Despite the subject matter, the first episode is actually rather uplifting and refreshing.

"The Big C" debuts on Showtime Monday night. Check it out.