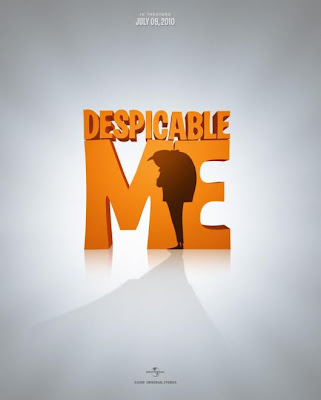 Despicable Me ~ There's nothing new here in this computer-animated tale of a super-villain trying to stay viable with a younger more ruthless villain nipping at his heels. Complicating matters further is his insidious adoption of three young girls to help further his plans, which backfires in that he begins to care for them.

It's a simple heartwarming story, but it also works on even simpler more primal levels. Similar to the first Shrek or more accurately the old Warner Bros cartoons, it also has a fun immature hilarity in the Spy Vs. Spy vein.

Only one thing took away from the flick and that was the 'minions' of the main character Gru. These creatures, comparable to mumbling Nerf bullets, that act as the villain's henchmen are supposed to be cute and lovable. I found them annoying and abrasive and disliked the time they spent on the screen. I think I would have rather had more human, and understandable, underlings. 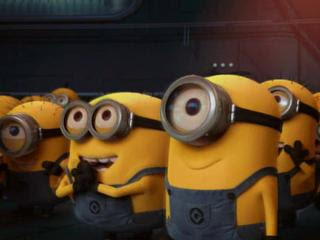 Doubling up their annoyance was the ad before the film that using a phone app one could translate the minions' mumblespeak. If you want to really make me angry in a movie theater, have your cellphone on throughout - something that most places frown upon, yet this film encourages it!

All that said, Despicable Me was quite enjoyable, maybe a bit rough for the sensitive kids, and maybe even more for the over-sensitive parents, but I really had fun. Recommended.