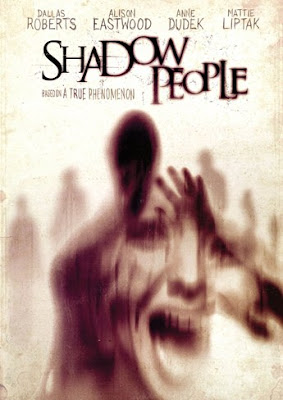 Shadow People ~ As I've mentioned in this blog many times before, I'm a big Art Bell fan, or at least I was when he was the host of Coast to Coast AM. If I'm being honest, neither entity has done all that well separately and on their own, which is a damn shame. I blame George Noory, but that's a fight for another day. One of the things I used to love about Art on Coast is when he would talk about Shadow People, those nights would creep me out.

I'm already afraid of the dark so listening to Art talk about malevolent living shadows with the lights out was always a bad idea, but a lot of people have encountered them and believe in them. So when I first heard of this flick called Shadow People, also known as The Door, involving a talk radio host, I had to track it down and watch it. 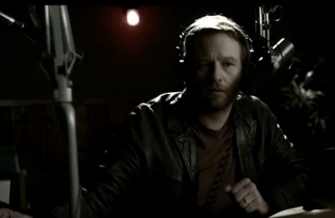 What's really weird about this flick is that everything about it seems like it stepped out of an Art Bell episode of Coast to Coast AM. It's based on a viral video, seen here, that may or may not be real. Sleep Study GR 16 was supposedly a real thing and caught shadow creatures on video, maybe. Right.

The movie is also very social media conscious and features a late night radio talk show host, Charlie Crowe, who's like an old school cross between Art and Joe Frank, with just a touch of Morning Zoo as well. A paranoid caller, claiming to be pursued by shadow people, sends Charlie photos and files from the Sleep Study, and we're off. 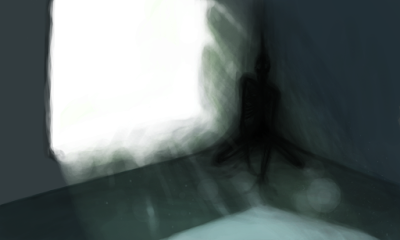 Half documentary, half thriller, Shadow People is interspersed with interviews, sort of a poor man's Blair Witch Project. Because of this, it's really hard for the movie to find its flow and rhythm. Just when I started to care about a character, 'real' footage or interviews would take me right out of it.

The movie is of course all fake. This is neither documentary nor thriller, it's just a horror movie, and not a very well executed one either. Shadow creatures that come when you fall asleep could be pretty frightening, but this movie can't quite seem to mine the material. Nowhere near as good as I wanted it to be.