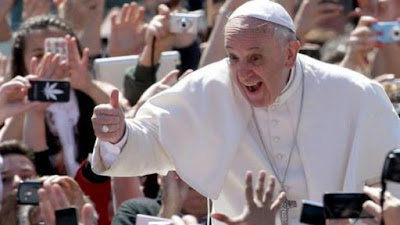 As I sit here, still hermited away at the Borgata in Atlantic City, the Pope has left Philadelphia, and the city is still wracked by the aftermath. I have nothing against the Pope, and while I kinda like the guy, I'm not exactly Catholic either. Specifically, I'm a lapsed Episcopalian, which is basically Catholic light. But this post is not about religion at all, so those of you who tightened, can loosen, if you know what I mean. 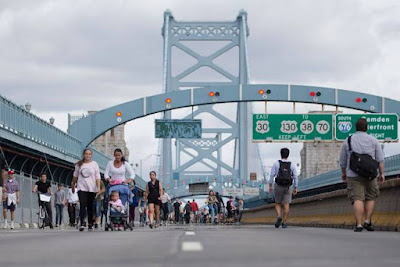 It's the crazy security measures that the city of Philadelphia went to for the Pope that I want to talk about. What the hell, I mean seriously, what the hell? They closed the Ben Franklin Bridge, closed highways, made businesses close their doors, towed residential cars for out of town parking (though how one would get there I don't know), diverted traffic patterns for miles, and in the process also closed most of South Jersey as well. We're so close to Philadelphia, we, along with most of the people we know, fled the city.

The Pope gave wonderful speeches, gave hope to thousands, perhaps millions, was on almost every channel (even today), but I wonder what it was like on the ground where the man was. The crowds looked insane. Philadelphia's plans for South Jersey included having people park in Camden, and walk across the Franklin Bridge to see the Pope. Is it pointless to mention that Camden has been voted the most dangerous city in America countless times in the last few decades, and has had its police force cut in half in the last couple years? Who thought of this idea? 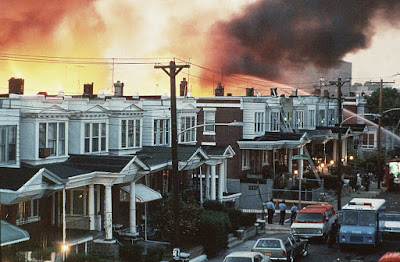 Weirdly, neither our national capital, Washington DC, nor New York City had any such security measures. I find it very odd that NYC, a city that fourteen years ago survived an actual terrorist attack where buildings were bombed and burned, had very little security in place for the Pope's visit... but Philadelphia, a city that thirty years ago bombed and burned itself over women and children they thought were terrorists, is going insane with security measures for the Pope's visit.

Yeah, politics, not religion. Feel free to tighten. Rant over. And relax, I'll be back to writing about pop culture tomorrow.