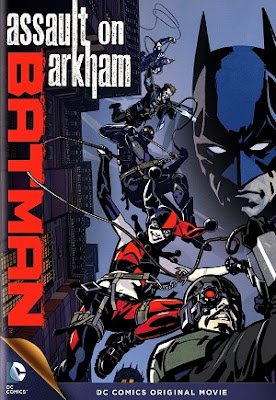 Batman: Assault on Arkham ~ I had this one tucked away for a while before I actually ever looked at it. The reason being I thought it was connected to those awful Batman Arkham videogames that I can't stand. I knew it was an animated feature, but the idea that it might be based in that weird game universe really put me off. However when I did finally get around to watching it, I was pleasantly surprised. This is nothing like I expected.

Assault on Arkham is not even technically a Batman feature, it's about the Suicide Squad, possibly a preview to hip folks as to what to expect in the upcoming film of the same name. And it's also not strictly a superhero flick either. This has the flavor and style of a heist movie circa the turn of the century, slick, cool, very new age Oceans 11. The villains are gathered, begrudgingly work together, and pull off what they need to despite clashing personalities. Yes, it has standard Suicide Squad procedure, but the way it's pulled off is so well done and heist genre. I loved it. 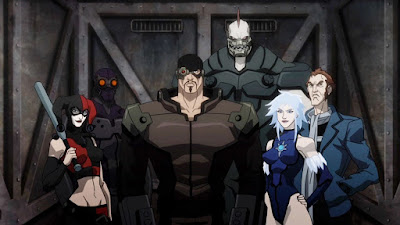 There were places where I was pulled out of the story, notably some weird anime bits, characters who looked too much alike, the Joker mugging for the camera, and of course the creepy Penguin with a British accent and eating fish whole, bones and all. The characters have chemistry, and the dual stories of them breaking into Arkham while Batman searches for the Joker's dirty bomb and follows them in, are enticing. 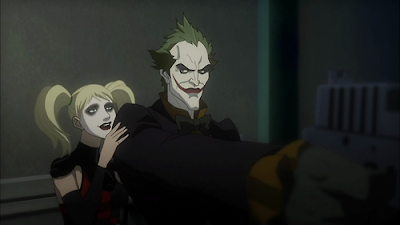 This was better than I thought it would be, highlighted by "Batman The Animated Series" voice veteran Kevin Conroy, and Hynden Walch, who does a wonderful approximation of Arleen Sorkin's Harley Quinn. An entertaining 76 minutes with a wild score by Robert J. Kral, and some great lines - worth the time.

I have to say however, if the upcoming Suicide Squad movie, despite how that trailer looks, is anything like this, I can't wait to see it now.