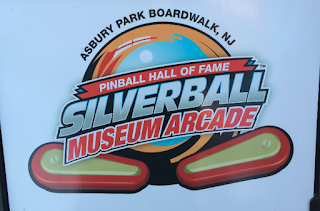 After seeing this place on the New Jersey episode of "Anthony Bourdain: Parts Unknown" (which we talked about on The GAR Podcast right here), I just knew it would be the perfect place to surprise The Bride with. So the following Sunday, we embarked on a mystery road trip to the Silverball Museum Arcade in Asbury Park NJ. 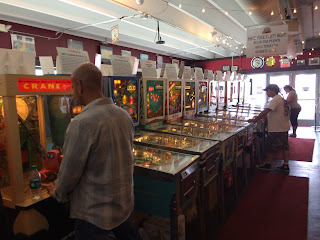 Set on the Boardwalk, this place is an old-fashioned arcade, just like the kind that used to be around in the 1970s and 80s. Dominated by pinball machines from every era, there were a handful of videogames and even a few skeeball lanes as well, there are well over two hundred amusements there. Each pinball machine had a placard over it detailing its history, completing the museum concept, the perfect please-touch interactive museum. We paid a small flat fee and were able to play any machine we wanted for a couple hours, which was awesome. 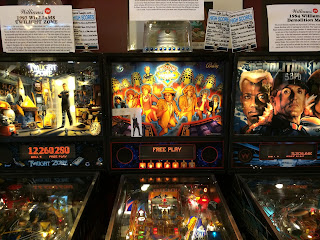 The variety of pinball machines was incredible, as I mentioned they spanned several decades. There were licensed properties like "The Sopranos," "The Simpsons," Star Trek, Indiana Jones, Rocky, "Doctor Who" (featuring all the Doctors, including a paper doll of Peter Capaldi some true fan must have added), "Charlie's Angels," Elvira, even Playboy, and my favorite, one based on the 1994 film version of The Shadow. 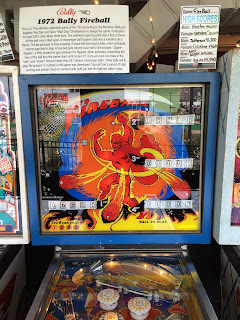 There were pinball machines featuring made-up superheroes like Capt. Card, Golden Arrow, and Fireball. They had music-based machines like Beat Time with the Beatles, and Capt. Fantastic with Elton John, as well as KISS from 1979 and Ted Nugent from 1978. The actual soundtrack of pinball must be Journey because we heard four of their songs on the overheard speakers in the two hours we were at the Silverball Museum. The Bride was in heaven - pinball and Journey. 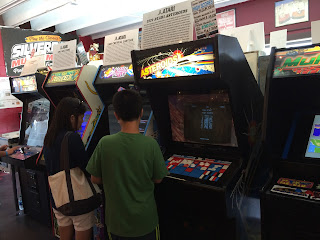 Some of the videogame machines were not just one game, but many in one. One could say that even though the machines were few in number, some had entire arcades from the 1980s in them that one could choose from. I was sad to learn that I have completely and embarrassingly unlearned everything I know about playing Mario Bros., Joust, Gyruss, Road Blasters, Elevator Action, and other games I used to be good at and play for hours, but I still have it with Qix, Galaxian, Galaga, and Tempest. Among the pinball games I played were old favorite Flash from 1979 and one I didn't remember, the new wave looking Oxo, which was ironically from 1973. 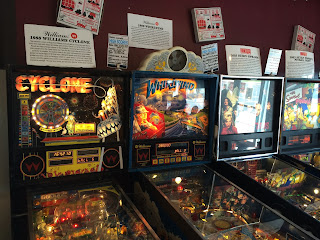 They also had many of the pinball machines that had gimmicks, like Whirlwind, which had a fan on top of it that blew a pleasant breeze when you hit the right combination. Folks with memories might recall that arcades weren't usually well ventilated or air-conditioned, so this was cool for a couple of reasons. The aforementioned Shadow game had a pistol to shoot the ball, which would have been cool if it had more power behind it. And Demolition Man had guns for flippers, plus regular buttons on the side for folks who think that's dumb, which would be all of us.

All in all, it was a terrific afternoon, we even had fries! We're already planning a return trip.