Daredevil S01 E12: The Ones We Leave Behind 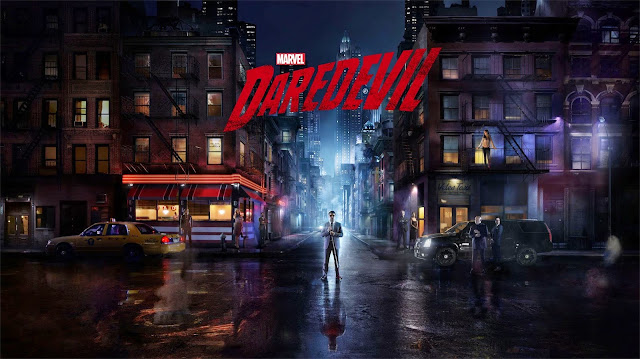 Karen Page began life as a typical Stan Lee supporting cast player, the mutual romantic interest of both Foggy Nelson and Matt Murdock. At this point in 1964, she was interchangeable with other Lee women like Pepper Potts, Betty Brant, and even Sue Storm to an extent. She didn't really become interesting until Matt told her he was Daredevil and they split up. 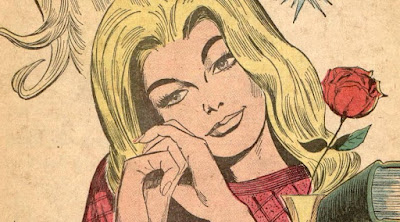 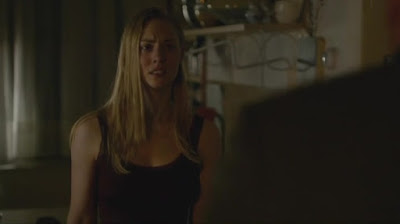 After the events of the last episode, killing James Wesley, it seems as though TV Karen might not have that pretty a past or future either. She tries to drink away the memory but is haunted by nightmares of the Kingpin, one particularly scary one in the pre-credits opening sequence. Her fear is compounded by both her drinking, and the fact that her law office is now just three people that don't talk to each other any more. 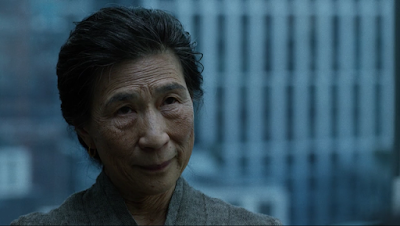 The plainclothes Matt parkour chase scene was impressive. And it leads to something even more impressive. The blind sweatshoppers making Madame Gao's heroin took their own eyes, because they have faith in something beyond this world. I had suspected that perhaps Gao might be from K'un L'un, a mystical land associated with the training of hero Iron Fist. And did Gao knock Daredevil across the room with the power of an iron fist? Da da dum. 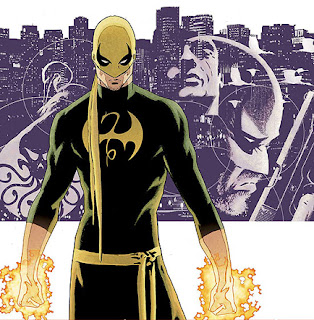 Madame Gao makes one last appearance, to confer with The Owl, sans translator. As it turns out, it was the two of them who poisoned the Kingpin's benefit, trying to pull his attention away from Vanessa and back on business. I liked my Wesley theory better. Gao says she is going home to reflect on the situation. Owlsley asks if home is China, but she replies, not for the first time in the series either, that her home is a considerable distance further. My bet is on the otherdimensional K'un L'un. I'm sure we'll find out for sure when Iron Fist gets his Netflix turn.

An interesting tidbit came out of a talk between Urich and Daredevil. The heroin marked with the sign of the Steel Serpent, that we know from the comics as such, is actually called 'Steel Serpent.' More Iron Fist links. 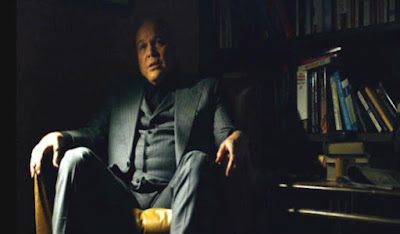 Just as we had been punked in the opening of this episode with Fisk showing up in Karen's apartment, only to be revealed as a dream, it actually does happen to Ben at the end of the episode. Determined to print the entire story of Wilson Fisk in the Bulletin, they fired him. Still unharried, he decides to blog it online when he gets home. As he starts to type, Fisk is there.

What follows is a conversation worthy of Quentin Tarantino, and then the most brutal of the Kingpin's kills. It's true, we have seen him lose his cool serious more than few times, but this is entirely a whole new level. Do not mess with Wilson's mother.