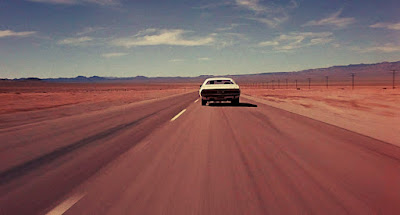 Vanishing Point ~ Now this is a film of legend. The only way it could be seen when I was a kid was on late night Friday nights on local ABC affiliate channel 6. It was notorious to many teenaged boys in the pre-cable 1970s for having ever-so-quick topless scenes the censors forgot to clip.

Later in life when I managed a video store, it was one of those films like Disney's Song of the South and John Wayne's The High and the Mighty - it just wasn't available on video. If I had a dime for how many times I had to tell some disappointed customer one of those titles wasn't available... well, I'd have a whole buncha dimes. Vanishing Point from 1971 eventually came out, as did High and the Mighty (don't hold your breath for Song of the South) but in the meantime the film achieved a sort of cult status. 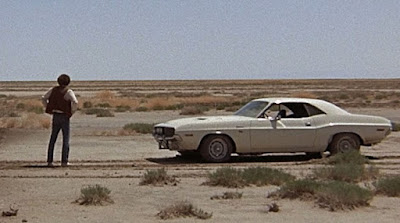 The premise is simple. Vietnam vet Kowalski has to deliver a car from Denver to San Francisco over the weekend. Already exhausted, he makes a bet he can get the car - a beautiful white 1970 Dodge Challenger - there the next day, in just fifteen hours. The race begins. Pursued by the police, and guided by the words of a blind disc-jockey Super Soul in Las Vegas, Kowalski becomes a folk hero as he makes the impossible run. 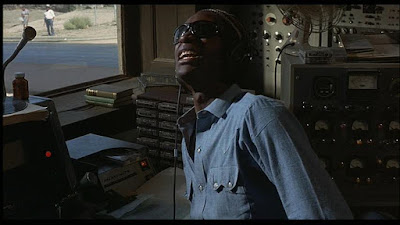 Now from the above, this might sound like a precursor to Smokey and the Bandit or any of the sillier car chase movies of the seventies, and they do owe a certain extent to Vanishing Point, but this is a spiritual journey. One could even say the weird almost-psychic connection Kowalski shares with Super Soul is supernatural. This movie is a lot more than it at first appears. Barry Newman plays the at times inexplicable Kowalski, a man on the hero's journey across a short western expanse of Easy Rider America. His companion on the car radio, with whom he shares an empathic kinship is Super Soul, played with the youthful enthusiasm of a young Stevie Wonder crossed with an evangelist in the spirit is a pre-Blazing Saddles Cleavon Little. How these two escaped Oscar nods for this is a mystery. 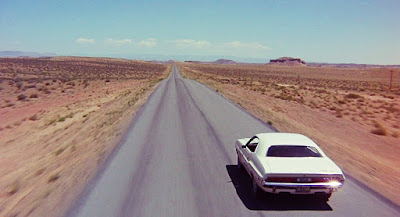 Another mystery is the plot of the film itself. Why does Kowalski do the things he does? Why is he driving to what is eventually his death? Does he know? And what is the weird psychic connection between him and Super Soul? Is the entire film an allegory? An after-death flashback, a loop in Hell that Kowalski must somehow keep running? There are so many theories, and will probably continue to be.

No matter what you think happens in Vanishing Point, it has become a cult film, a legend. It has inspired so many, from the kids who drove Dodge Challengers in the 1970s because of it to Quentin Tarantino who honored it in Death Proof. It is probably one of the greatest car movies of all time, and worth seeing for the fortieth time or the first. Great soundtrack, great scenery, highly recommended.