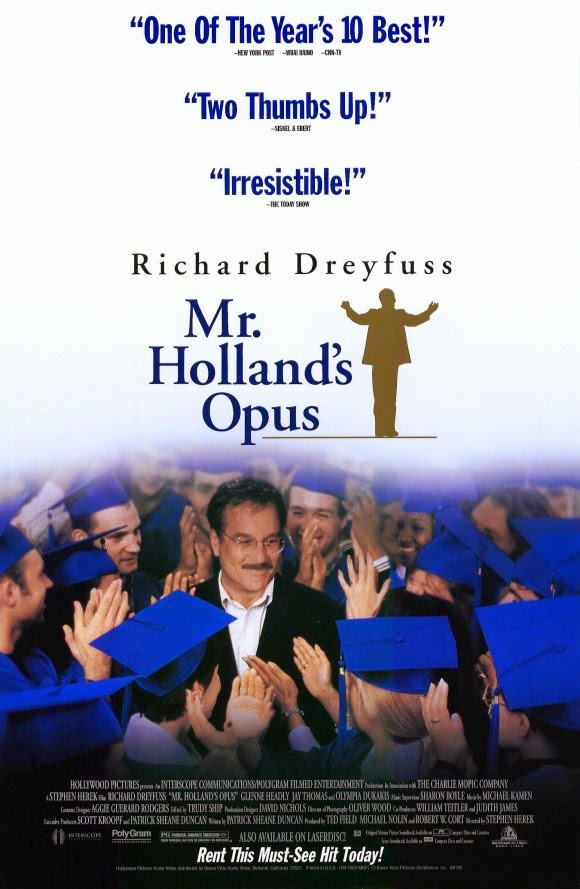 Mr. Holland's Opus ~ One of the treats on board the Disney Magic on the TCM Classic Cruise was seeing films on the big screen, and having it introduced and discussed by its star. Such was the case one early morning after breakfast with Richard Dreyfuss and Mr. Holland's Opus.

It's amazing to me, while waiting in a huge line forty-five minutes early, how many people are similarly amazed, but for a completely different reason. Everyone says this is their favorite film, yet they can't believe anyone else is here. What? It can't be someone else's favorite film? That's how most folks were waiting for Mr. Holland's Opus. It was their favorite film, but were stunned that anyone else felt the same way. I guess everyone thinks it's a secret. 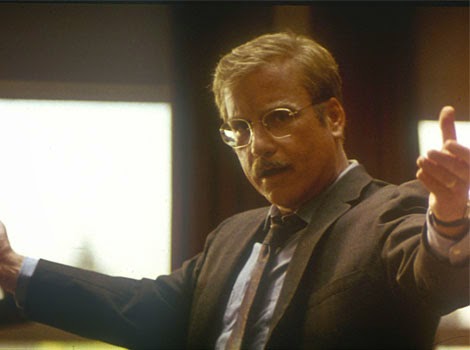 Speaking of favorite films, this is one of The Bride's favorites, right up there with The Princess Bride and Frozen. And as I mentioned, well over a couple hundred folks agreed. So a chance to see Mr. Holland's Opus on the big screen (again) and especially introduced by the star of the film himself could not be missed. 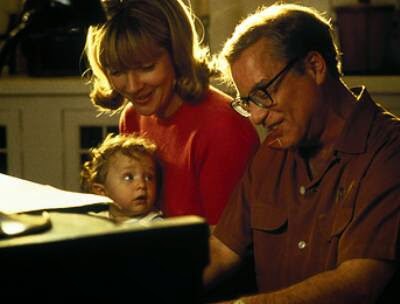 Richard Dreyfuss loved this film and reflected on its origins, as he was interviewed by actress/director/film historian Ileana Douglas. Written in just two weeks after the screenwriter was confronted by a teachers strike and deciding that teachers are real heroes - Mr. Holland's Opus is a tribute to teachers who make a difference. In that case I'd want to thank Mrs. Pfleger, Mr. Stewart, and Mr. Lee who, much like Mr. Holland, made a difference in my life at what passed for a high school back in the day.

We watch in loose episodic vignettes as Holland, a frustrated musician and composer takes a teaching job as a last resort, a temporary measure, and stays for several decades as he raises a deaf son, and changes the lives of many students along the way, to the music of the times. It's an uplifting teacher story in a decade where uplifting teacher stories were in vogue, but it's special, it has heart, it has realism, as opposed to being overly sentimental or emotionally manipulative like lesser, but still amazing, films like Stand and Deliver or Lean on Me. This one feels real, and if you're not in tears at the end, you're heartless. 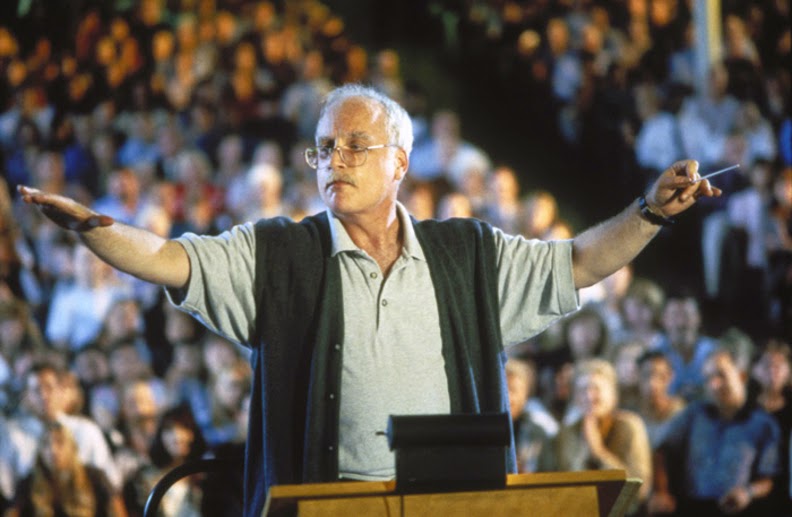 Dreyfuss in various and subtle stages of age and make-up gives the performance of his life, and co-stars Glenne Headley, Olympia Dukakis, William H. Macy, Terrence Howard, and even Jay Thomas follow suit. It's powerful, emotional, educational, and even funny. It affects me the same way every time I see it, and I have to watch it every time I see it's on. This is a must see film.