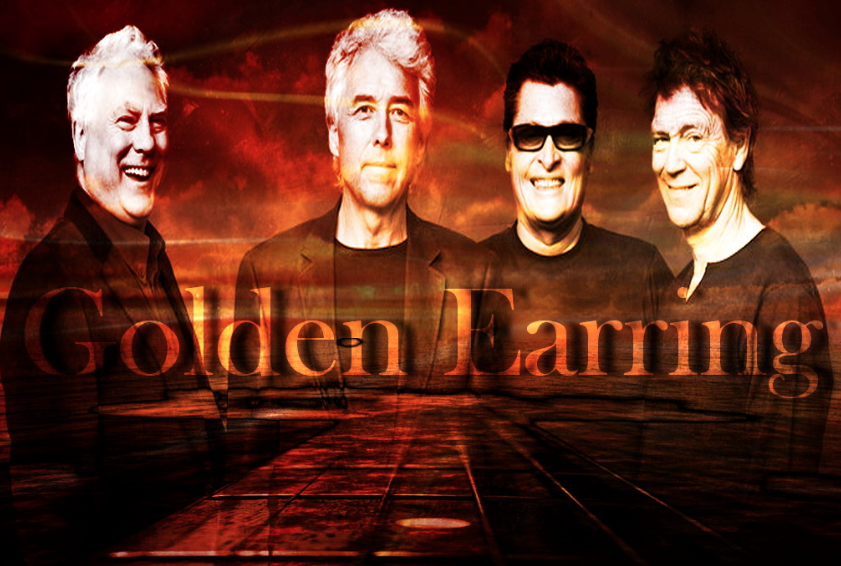 One of the reasons I started this Lost Hits of the New Wave series on my blog was to rail against the concept of the one-hit wonder, because they rarely are. For instance, neither "Safety Dance" by Men Without Hats nor "Take on Me" by a-ha are one-hit wonders, much to the horror of many a VH-1 special. But Golden Earring is that rare but elusive true two-hit wonder.

Golden Earring's first hit, an FM radio staple in the 1970s, "Radar Love," in the days before the internet, was also the subject of many misheard lyrics discussions. How can it be 'radar love'? What the hell does that mean? Surely they must mean 'red hot love,' at least that makes sense. The haunting song, as much about driving as about telepathy, with the mysterious lyrics was released in 1973.

The Dutch band had been around since 1961, first known as the Golden Earrings, and are still active today, having scored dozens of hits in their homeland of The Netherlands in their long and distinguished career. They had to wait more than a decade for their second international hit however after "Radar Love."

From the 1982 album Cut featuring the iconic image of a playing card being shredded by a bullet, Golden Earring released the single "Twilight Zone." Fledgling music video network MTV picked it up almost immediately, although showing an edited version of the video, sans nudity.

While the obvious assumption is that the song is about the Rod Serling 1960s TV series of the same name, it's not. Sure, the pop culture reference is there, but listen to the lyrics, it's about something else. The song is about Robert Ludlum's novel "The Bourne Identity" that decades later became a successful movie franchise.

In their day Golden Earring toured the States often, notorious for their sometimes half-hour jam cover of "Eight Miles High" and the drummer catapulting into the audience at the climax of solos. Notably they were so big at one time that both KISS and Aerosmith opened for them during tours. After a Great Adventure concert ended in a fire tragedy in 1984 however, the band tended to stay away from the States and stick to smaller venues.