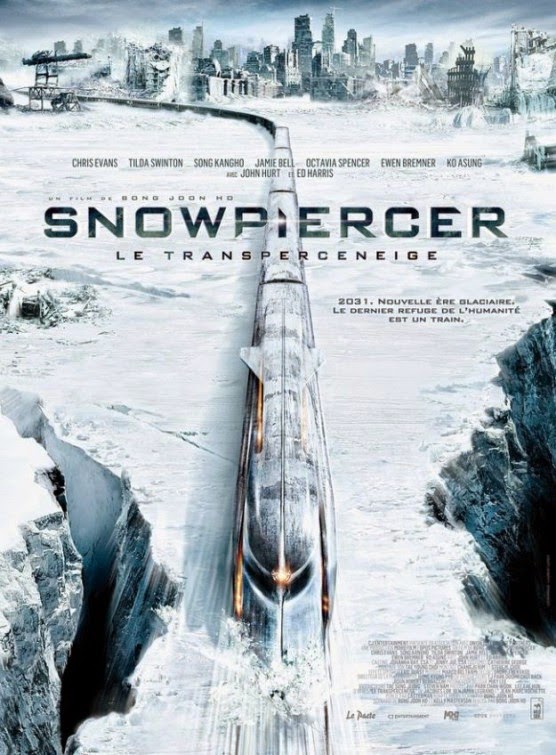 Snowpiercer ~ As far as word of mouth, and 2014's must see film, this was it. Everyone was talking about Snowpiercer. A future dystopic tale, where the world has been frozen over by an attempt to halt global warming and what's left of Earth's population has been loaded onto a constantly globe circling train divided by class into cars, just sounds insane, or at the least, very Terry Gilliam. In fact, and homage, John Hurt's character is even named Gilliam. Yes, it's a mental idea, but once you wrap your mind around it, it gets rather predictable, sadly.

Director Bong Joon-ho, probably best known for the wonderful new age kaiju eiga The Host, really wants to be Terry Gilliam here, and for the most part he succeeds. The amazing cast is caked in Gilliam grime, except for those who are clean and just plain odd. Captain America Chris Evans, The Help's Octavia Spencer, Alison Pill from "The Newsroom," Jamie Bell, Song Kang-ho, Ed Harris, and supremely odd Tilda Swinton are among the all star cast that make this flick. 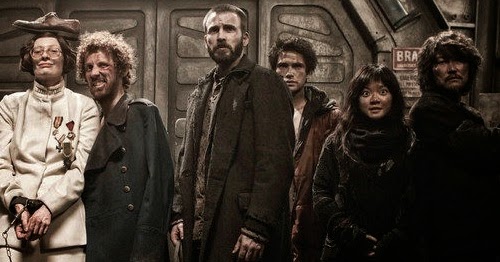 The film is based on a French graphic novel called Le Transperceneige, and was Bong Joon-ho's first English language work. The class struggle turned into a rolling revolution is peppered with enough bizarro futurism and dystopian madness to keep things interesting. It's a science fiction ride that crosses The Poseidon Adventure with Les Miserables that has to be seen to be believed, and well worth watching.