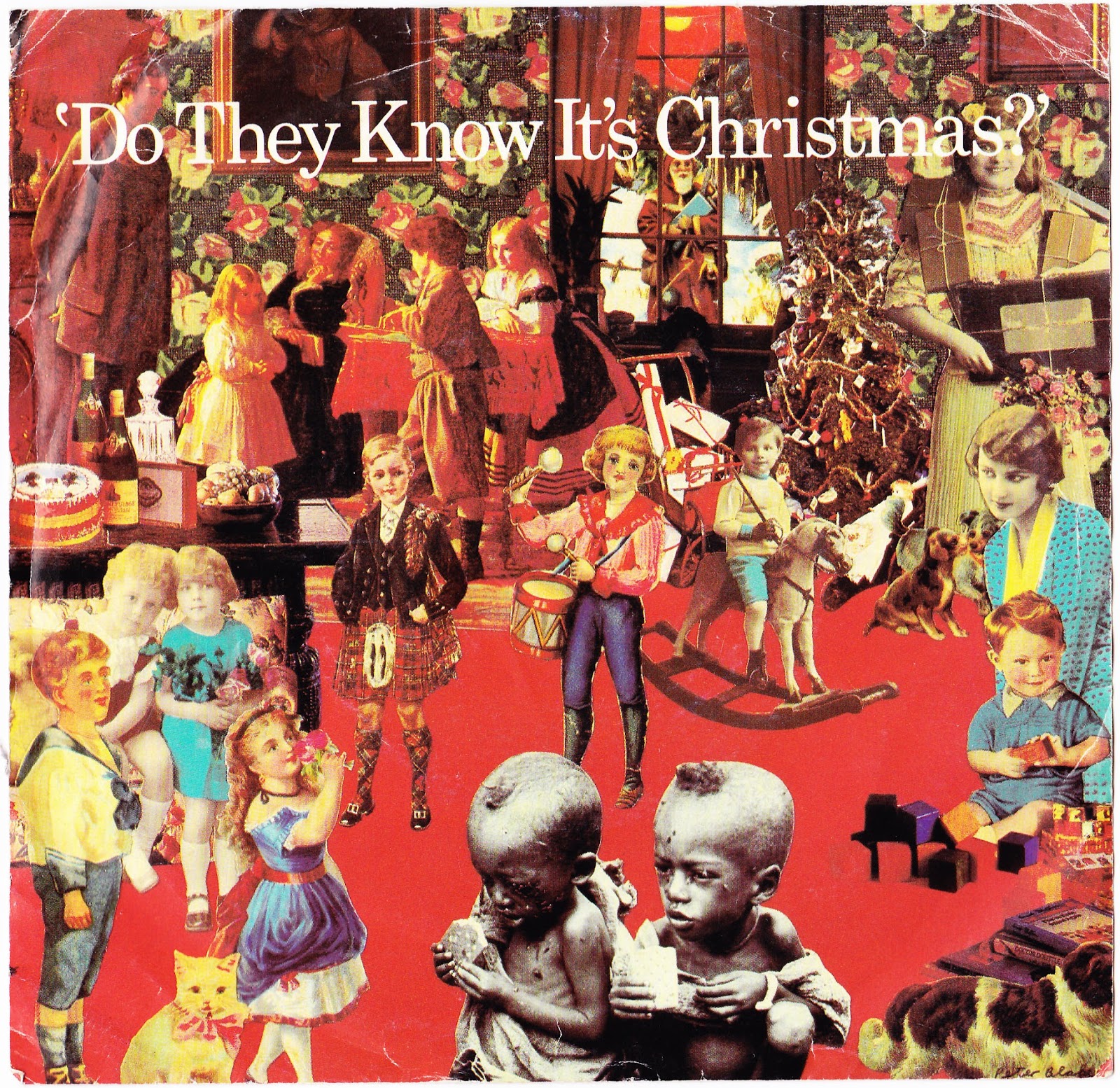 "Do They Know It's Christmas?" by Band Aid

The original "Do They Know It's Christmas?" was written by Bob Geldolf of the Boomtown Rats and the criminally underacknowledged Midge Ure of Ultravox in 1984 to bring awareness to the famine in Ethiopia. Later overshadowed by that summer's American "We Are the World," I still think the original is the better song, and with the better stars.

Geldolf brought together a supergroup he called Band Aid to sing the song, which included Duran Duran, Spandau Ballet, The Boomtown Rats, Sting, U2, Bananarama, Kool and the Gang (a seeming oddity, there only because they shared a record label with the Rats), Ultravox, Status 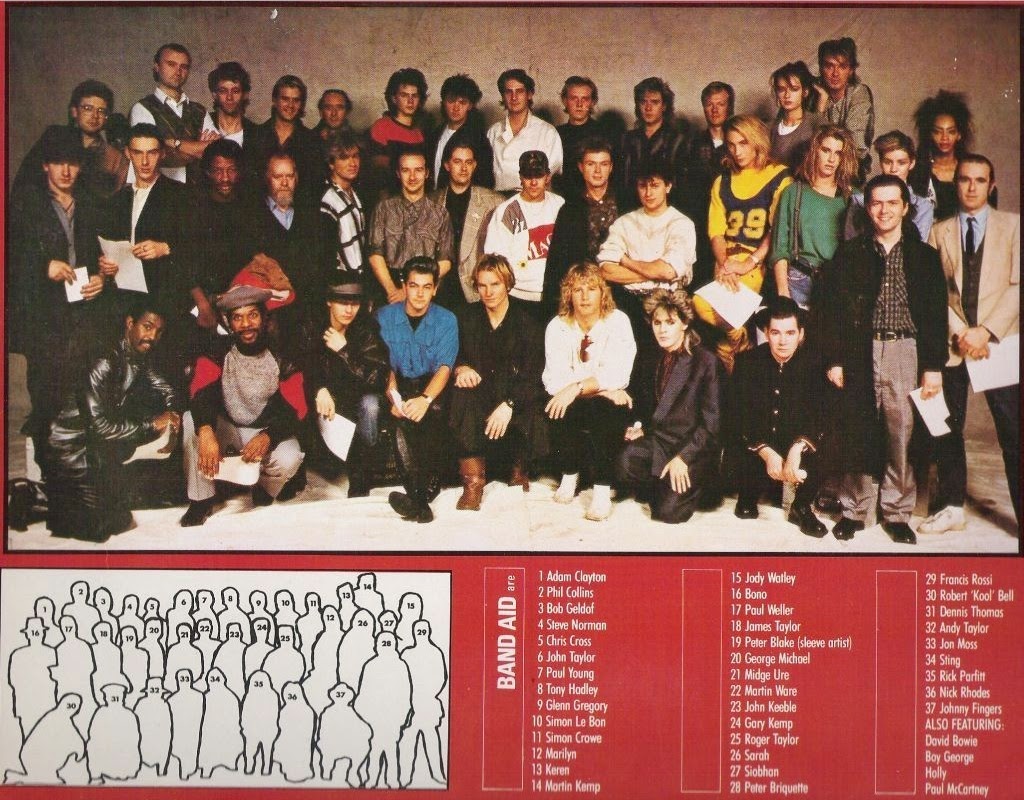 Quo, Marilyn, Heaven 17, Paul Young, George Michael, Paul Weller, Jody Watley, and Phil Collins. Artists who could not be a part of the recording like Paul McCartney, Holly Johnson, Big Country, and David Bowie were included giving holiday messages on the B-side of the single, called "Feed the World," a cool groove all by itself.

I worked in a record store at the time of the release, and its re-release in 1985 and remember the flurry to get a copy. This was huge. I also remember the crowds at the mall's Heroes World that Christmas, because they had a poster of Band Aid out front with a number chart to show who was who - and everyone wanted to know who was who.