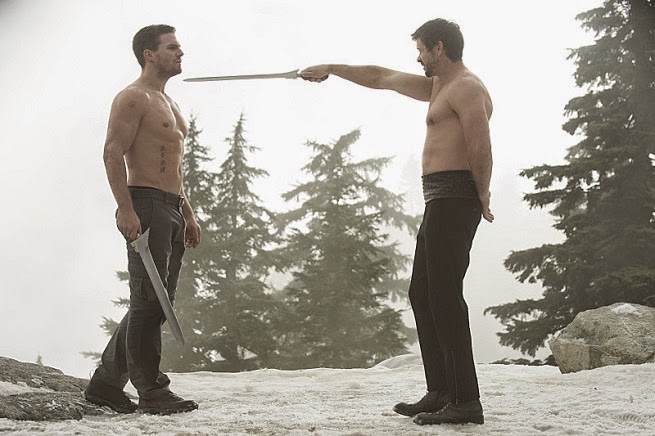 Finally after seasons of teasing us with the League of Assassins, we get to see The Demon himself, R'as Al Ghul. I love that the previews are visually recalling that first duel between Batman and R'as from the classic 1972 Batman #244. I remember the issue fondly as it was my introduction to R'as, Talia, and the League of Assassins. And of course, the creators of that comic, Denny O'Neil and Neal Adams, rebuilt Green Arrow from the ground up around that time as well. 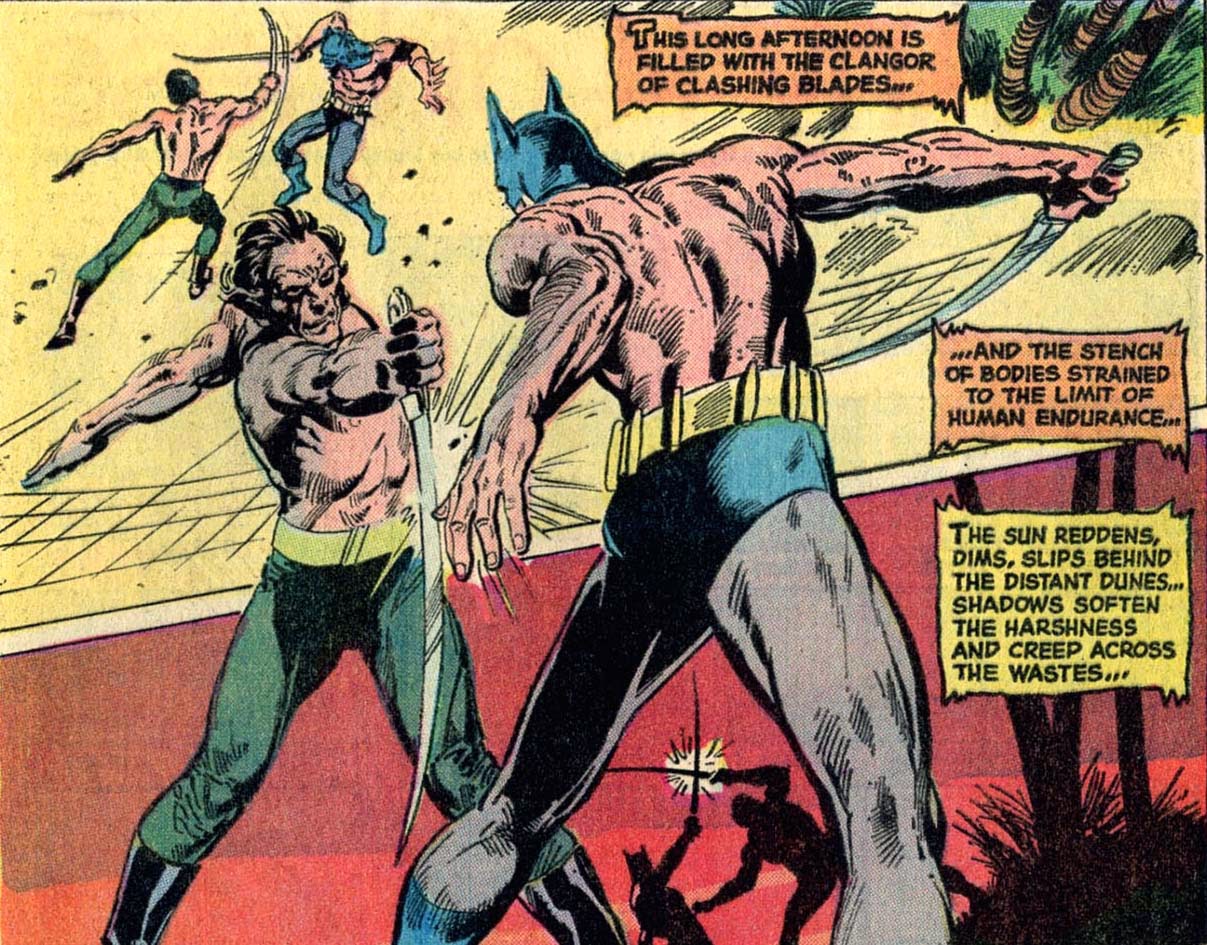 As this is the mid-season finale, and made by the same folks as "The Flash," we should see some resolution and ongoing subplots end or collide. That's how it's been the last two years on "Arrow" and how it was earlier this week on "The Flash." After all, this isn't "Marvel's Agents of S.H.I.E.L.D." "Arrow" delivers.

After delivering a 'package' to police headquarters, Arrow is captured by Nyssa and the League of Assassins and given an ultimatum. If you recall, Nyssa and the League had decided it was Malcolm Merlyn who killed Sara, and wanted to take him out. Arrow knew it wasn't him and defended him - to old R'as, this was an act of war, but Nyssa allowed him time to find the real killer. Unfortunately with a week off and a crossover with the Flash, Arrow hasn't had the time. 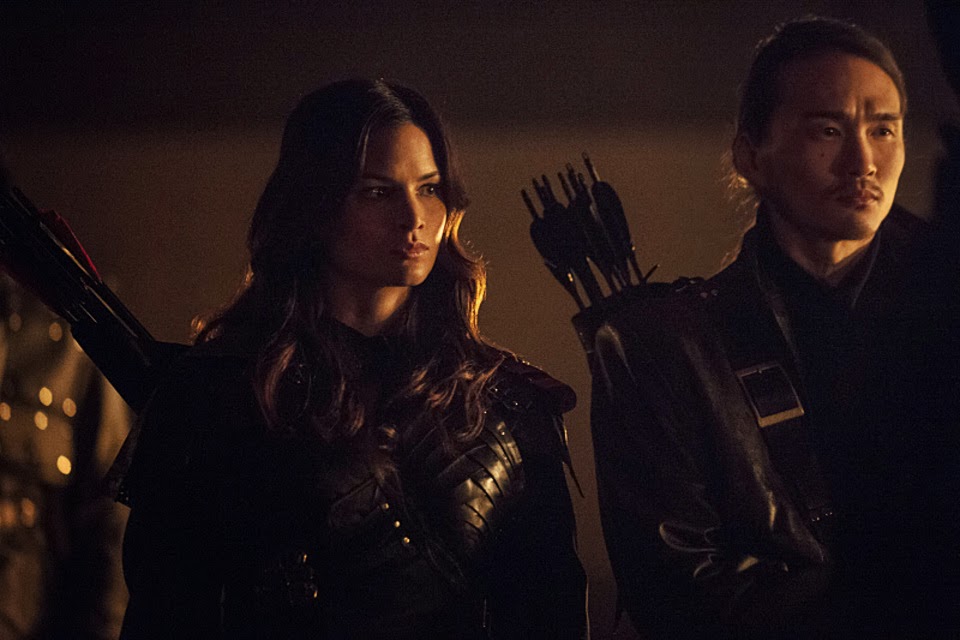 Nyssa says dad has a new deal. Find the killer in forty-eight hours or the League will start killing citizens of Starling City. This 'cleansing' of the city will be supervised by the assassin called Sarab, who Oliver knows better as Maseo, Katana's husband from Flashback Hong Kong. See what I mean about moving forward? Pay attention, Agents. And speaking of Flashback Hong, we get a bit more on Oliver's first clash with China White and her use of a super virus.

With only so much time, the search for Sara's killer is kicked into overdrive. So much progress is made with a clock ticking, I really can't help but think maybe Team Arrow wasn't really trying all that hard to find her killer before. I know that sounds harsh, but hey, look at the results here. It's more than a little embarrassing when you think about it like that. 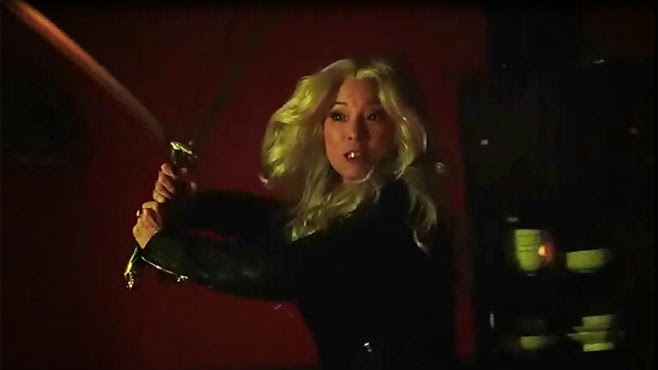 Secrets that viewers have known for a while are out in the open to the characters involved. I told you things are moving forward. As it turns out, Sara might have been killed by... da da dum... Thea. Used by Merlyn, she, under his drug induced influence, killed Sara. It's his convoluted (even for a show based on a comic book) plan to get Oliver to fight and kill R'as Al Ghul, thus erasing any debts or bounties - like the one on Merlyn's.

As expected, to protect his sister from R'as, Oliver takes the blame, and challenges The Demon to a duel, a trial by combat - according to R'as, his first in sixty-seven years. At least here, as opposed to the Dark Knight film trilogy, they are acknowledging his immortality. And we also know that R'as will be back. The title of the episode comes from the climb Oliver takes up the mountain to the consecrated area of combat. It's a metaphorical climb similar to the one Bruce Wayne made in The Dark Knight Rises. 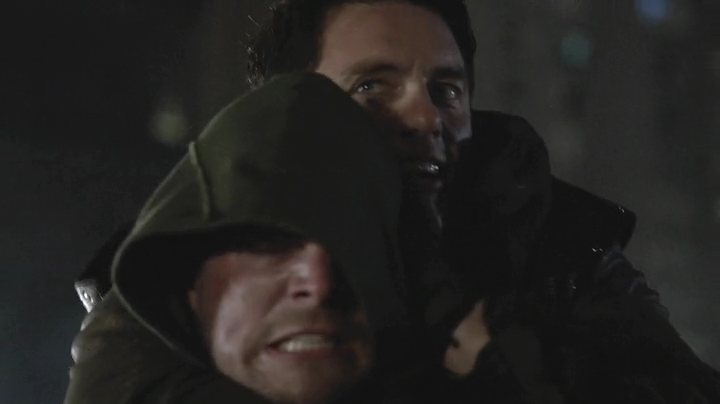 And wait, what, did Oliver just tell Felicity he loved her??? But that trick never works…

Just in time for Christmas, the soap opera aspect of the show is back in full force. Ray Palmer is feeling guilty about kissing Felicity because he lost his true love when Deathstroke took over the city last year. Laurel blabs to Thea that Sara is dead. And Mom is back, River Song herself, and she knows something wrong, so Laurel blabs to her too. How the heck is she going to keep her identity a secret when she becomes Black Canary? Loose lips, Laurel, loose lips. 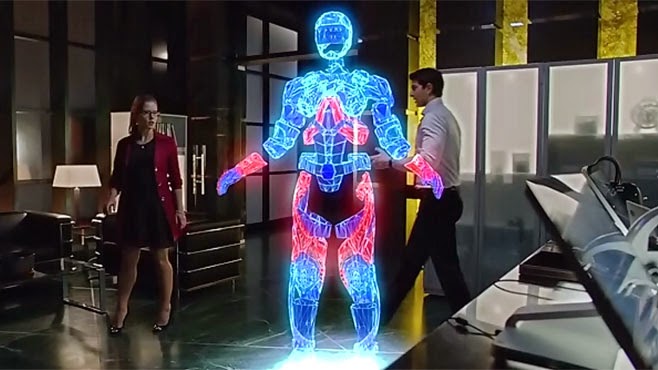 We get other Christmas presents as well. We get to see Katana and China White go at it with swords, and Ray reveals his A.T.O.M. exosuit to Felicity. At first he calls it O.M.A.C., the designation Queen Consolidated gave it, but says he prefers Advanced Technology Operating Mechanism. Bleah. How about atom because he'll be able to get small like an atom? I love how Felicity keeps getting saddled with superhero secrets just like Alfred in the 1966 "Batman" TV series.

The duel ends exactly as one would expect a duel between Green Arrow and R'as Al Ghul to end, with our hero's death. Don't worry, it's not the first time Green Arrow has been dead, nor is it the last. See you in January.