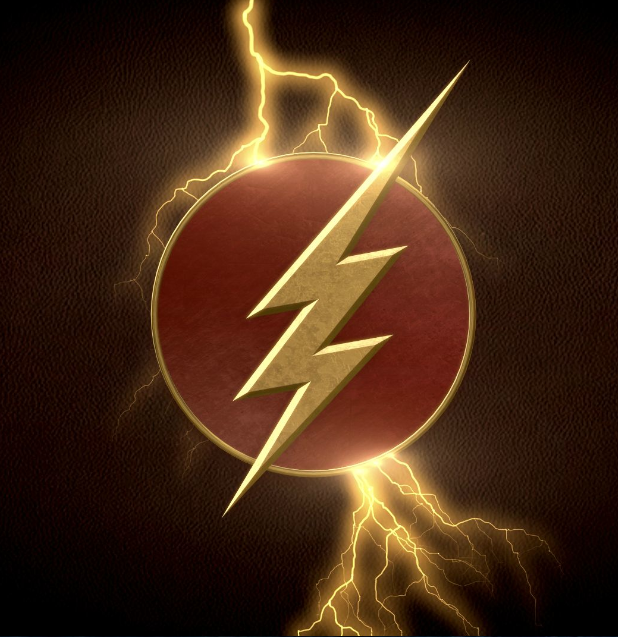 The Mist is The Flash's adversary this time out. I don't really like the villain ratio so far. The Flash has the coolest rogues gallery this side of Spider-Man, Batman, and Dick Tracy, yet in three outings he's faced a Firestorm foe, a Starman foe, and the brother of one of his own enemies. I'm not liking this record.

Those who know their comics know that The Mist is the archenemy of Starman, a generational villain that has plagued the Knight family superhero legacy for several decades. Some time ago there was a TV series in the works for the Jack Knight Starman, I wonder if any of the new spins on The Mist were recycled from that?

On a movie theater marquee we see Blue Devil II - Hell to Pay and The Rita Farr Story, and a crime on Waid Boulevard! So many wonderful comics references before we barely even get started with this episode, and I loved the meta-nerd ecstasy of the STAR team when figuring out how The Mist does what he does. 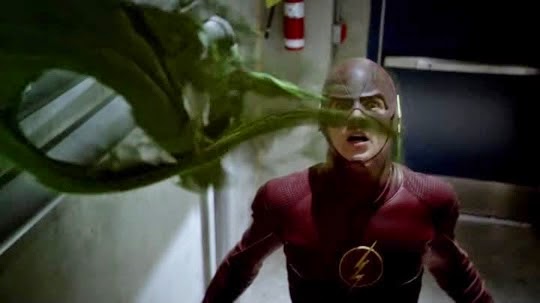 In the excitement of repurposing the particle accelerator into a makeshift metahuman prison, we get a flashback to the accident nine months ago, and our first glimpse of Ronnie Raymond. Caitlin's fiancée, played by Robbie Amell (Stephen's cousin), eventually becomes half of Firestorm in the comics. Speaking of the comics, Caitlin, who later becomes Killer Frost is considerably warmer with him around.

We get the brief outlines of the origin of Firestorm, sans Professor Martin Stein, in the flashback death of Ronnie. We also see that Wells was not only watching Barry's accident, but knew it was going to happen. I also kinda dug how Barry blurred his face Golden Age Flash style to keep his dad from recognizing him. Vibrating through walls can't be far behind. This episode had spectacular visual effects and is still my favorite show on TV right now, and it can only get better.

Be sure to check out my regular weekly reviews of "The Flash" over at Biff Bam Pop! here, and check out my friend and colleague Jim Knipp's thoughts on this same episode here. He was cool enough to pinch hit for me while I was on vacation, thanks, Jim!